Are you traveling to New York in the United States of America for the first time? Here’s a list of our favorite attractions and the top 10 things to do in New York as a tourist!

A must during your stay in New York is to visit the world-famous statue, the Statue of Liberty. Unfortunately, it’s often long queues to get there and to go inside the statue. So, if you want to see the Statue of Liberty and also avoid queuing for several hours, then you can take the Staten Island ferry instead.

If you buy a metro card, you can ride the ferry for free, and from there you’ll get a great view of the Statue of Liberty!

The MET is one of the best museums in NYC and also one of the world’s largest museums. It has exhibitions from all over the world featuring different eras and famous artworks.

There is even an Egypt section where you can see a real sphinx, tomb as well as real sarcophagi. The Metropolitan Museum of art has an admission fee of 25 USD for adults. However, there are also many other free museums in NYC that you can explore.

You can also save money by getting the New York Pass. 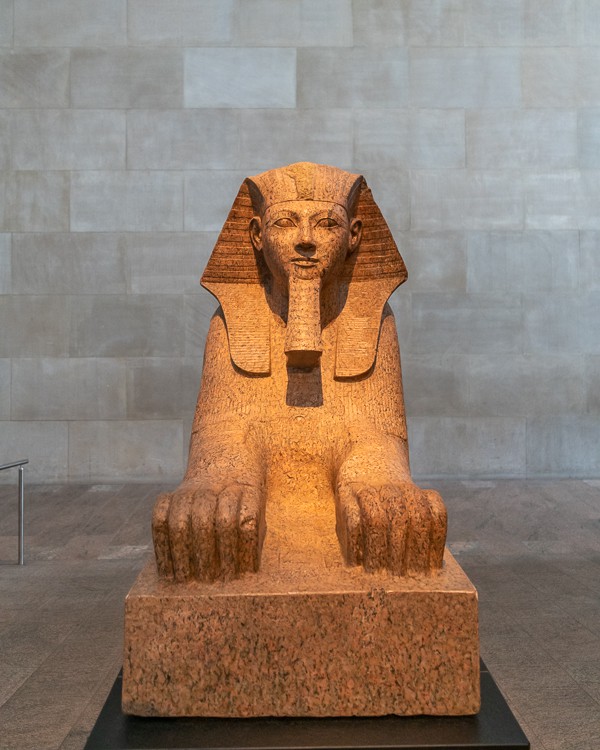 5th Avenue is the main shopping street in Manhattan in central New York. This street is one of the best shopping spots in town, and can’t be missed during your stay! There’s a broad range of stores for all ages and styles, from H&M and Chanel to Apple Store and the Japanese store Uniqlo.

It’s also here where you’ll find the large shopping center, Bergdorf Goodman. This mall is a great place for shopping since you’ll find all the large designer stores such as; Balenciaga, Alexander McQueen, Lanvin, Michael Kors and Prada.

Greenwich is one of the most picturesque neighborhoods in NYC and features some charming townhouses and various trendy restaurants with delicious food. Joining the food tour in Greenwich Village will give you an unforgettable experience in the Big Apple.

At the lively Times Square, everything happens at the same time. Blinking billboards, Broadway, costumed people, shopping, and some of the city’s tallest skyscrapers. There’s so much going on here.

If you enjoy shopping, then this is a great spot for you. At Times Square you can stroll around and have a look in stores such as; Disney Store, the M&M Store, Forever21, Ralph Lauren and Levi’s and shop til you drop! 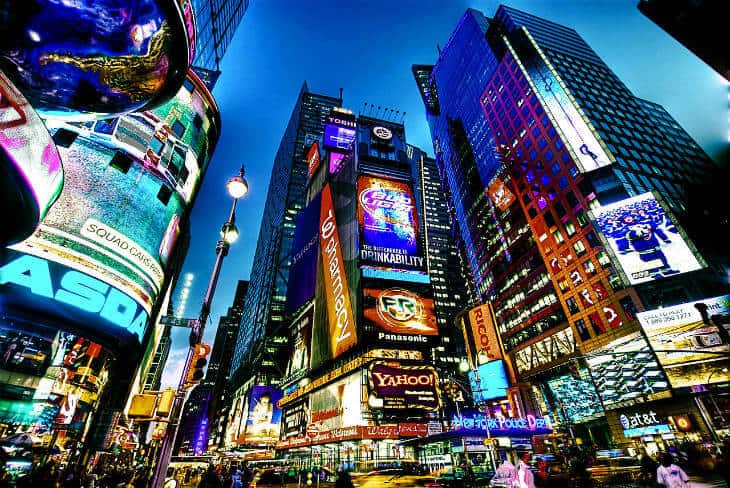 To visit the Chinese area of New York, that’s something that we highly recommend during your stay in the Big Apple. China Town of New York is a great place for delicious Chinese food, to buy typical Chinese gadgets and decor, and also to celebrate the Chinese New Year.

A tip is to choose those restaurants where the Chinese people eat themselves since it’s there you’ll get the best and most authentic food at low prices.

Not forget to mention that China Town in New York is one of the largest in the world!

The best place to view the New York City’s Sky Line is from the famous Brooklyn Bridge Park. On the other side of the water, you will see an amazing view of Manhattan’s towering skyscrapers.

If you want to snap some cool shots of New York, then this is the ultimate spot for you!

Right in the middle of New York lies Central Park, which is a large park with beautiful scenery. You can say that Central Park is New York’s very own oasis of greenery. In the park, there’s plenty of things to see and do. The park itself is beautiful to look at, but there’s also a vast range of activities, such as; visiting the castle, stroll around the beautiful gardens, rent a rowing boat, and also feed the park’s wild squirrels and ducks.

Visit Empire State Building or Top of the Rock

One of the best things to do in New York!

Sip on Cocktails at one of the many Rooftop Bars

If there’s something that New York is known for, it’s for its cool rooftop bars. Hanging out with friends on a rooftop bar during the evenings is one of the most popular things to do in New York – both among the locals and tourists. Have a drink or two, enjoy the fantastic view, and just sit back and relax!

The Ground Zero monument has become one of New York’s most visited attractions. Here comes both tourists and locals to honor the people who died during the 9/11 attack, when the two twin towers fell to the ground. The monument is very beautiful, and a visit will be both touching and heartbreaking – a must among the top things to do in New York!

Walk across the Brooklyn Bridge

One of the best things to do in New York is to walk across the Brooklyn Bridge. While walking over the bridge from Brooklyn to Manhattan, you’ll see one of the best views in town.

If you’re into photography, then this is a perfect place for you – both during daytime and the evenings! In fact, all of Brooklyn is very good for photography and art enthusiasts as there are plentiful of street art all over Brooklyn, just check out these amazing Bushwick murals! 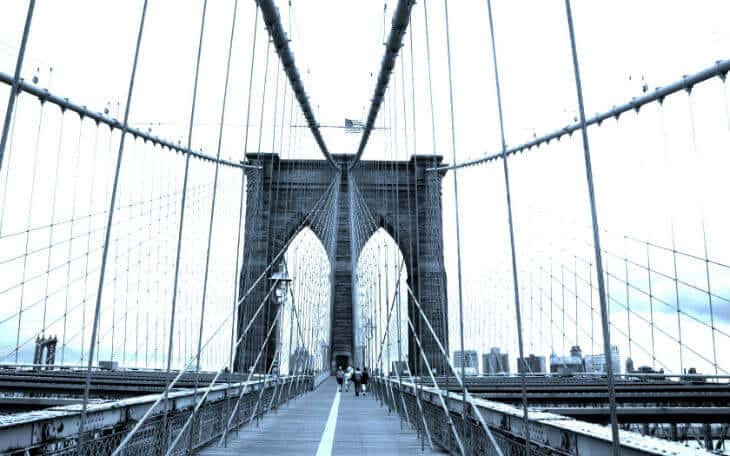