Are you traveling to Amsterdam? Here’s a list of our favorite attractions and the top things to do as a tourist!

Amsterdam is the capital of the Netherlands and is known for its old houses, beautiful architecture and the lovely canals. You can easily spend several days or a week in the Dutch capital, which has a nice multicultural and liberal vibe.

One day in Amsterdam

If you only have one day in Amsterdam, you need to plan it or else we recommend that you stroll around the canals, try some herring sandwich, and just admire the beautiful architecture.

For those of you who stay longer than one day, it’s great to follow an Amsterdam itinerary. Then you’ll have the chance to visit some of the museums while exploring the canals and perhaps even go on a day trip to Zaandam and Zaanse Schans.

Start your day with a nice breakfast in Amsterdam at Bakhuys.

Many tourists will rent bikes to explore the city and the canals, and that’s great and convenient. But some cyclists from Europe take it a bit further and will also come here with their own travel bicycles, which is a great idea as it will be more comfortable and allow you to explore more than just the inner center.

You could easily visit other Dutch cities as well such as Rotterdam, The Hague, Utrecht or Eindhoven to mention a few destinations that are easy to reach with the train. There are many things to do in Eindhoven as well as Rotterdam.

Boat trip along the canals

Amsterdam has about one hundred kilometers of canals, 90 islands and 1600 bridges that are ready to be explored. There is clearly a need to take a boat ride along any channel when visiting Amsterdam.

Also read: How to rent a houseboat in Amsterdam

The royal palace is situated at the historic Dam Square in central Amsterdam and is open to the public. You can come here and enjoy the beautiful architecture, magnificent paintings, sculptures, and their annual exhibition.

Vondelpark is the city’s own green oasis and is located right in the center of Amsterdam. People come here to jog, lounging, socializing or coffee among the trees and greenery. If you feel that you need a break from the bustling city, this is where to go. 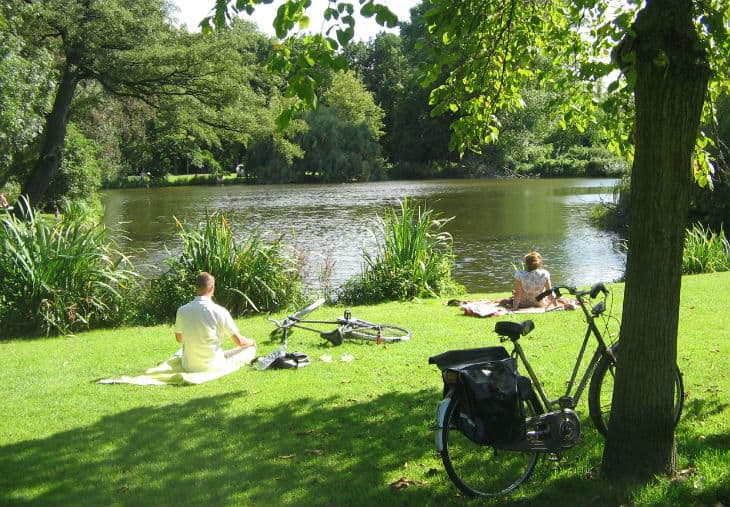 Jordaan is a wonderful neighborhood in Amsterdam. It’s the whole atmosphere with its canals, shops, restaurants, and cafes that make Jordaan such a cozy place. Here you can stroll around and shop and just relax for a whole day without problems.

Also Read: Top things to do in Amsterdam with teens

Amsterdam is a very liberal city and is particularly known for its coffee shops. They sell pastries made of hashish and marijuana legally. In all official coffee shops, it is legal to smoke marijuana and hashish.

The prostitutes are frequently showing themselves in the shop window, and this works for both men and women. Bypassing the Red Light District is almost one of the must things to do in Amsterdam. 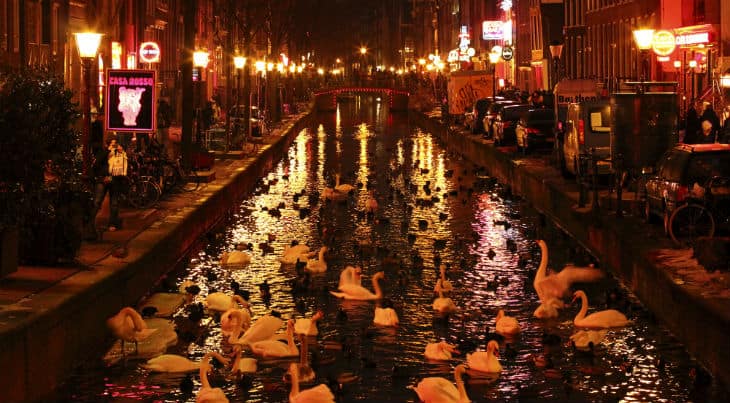 If you like to stroll around the markets, one should visit the Albert Cuyp market. Here they are selling clothes, cheese, fruit, flowers and much more. A lovely attraction in Amsterdam.

A visit to the Anne Frank House is both an interesting and moving experience. It was here that the famous girl Anne Frank and her family hid during the German occupation during World War II.

Windmills are quite fascinating and beautiful, and even though you may not believe it, there are actually eight windmills right in the center of Amsterdam.

Amsterdam’s nightlife is famous throughout Europe. The nightlife offers something for everyone, whether you are on a trip with your friends or partners. Amsterdam has many different clubs and bars, some of which are open every day of the week.

And if there’s any reputation Amsterdam really lives up to it’s their rave clubs, party festivals, and events. Partying is definitely one of the best things to do in Amsterdam as a tourist! 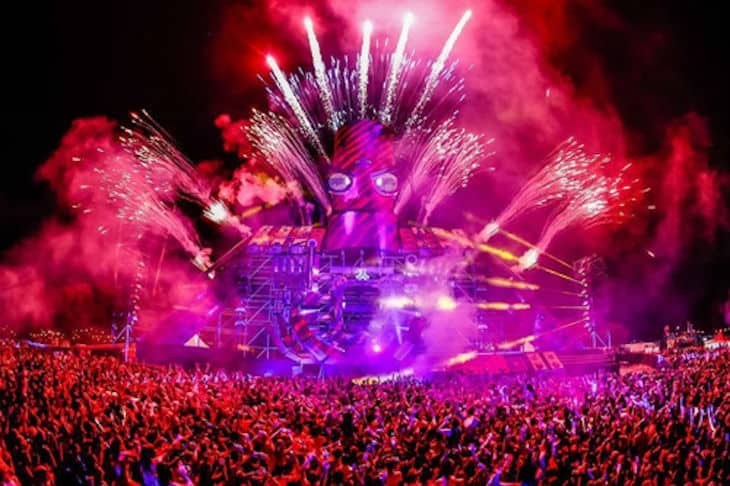