Nepal is a small country covered with many national parks to preserve its rich biodiversity. National parks in Nepal are established in key areas of the country that were threatened by urban development.

Tourism and ecotourism are growing activities in many of Nepal’s national parks where tourists come to discover the beautiful scenery, mountainous regions, and exotic wildlife.

Chitwan National Park is Nepal’s very first national park and the most popular in the country. Established in 1973, its primary purpose is to preserve the jungles and forests in this south-central Nepal region.

Tourists visit Chitwan National Park to see the amazing wildlife that lives here, including over 700 different species. The highlight animal is the Bengal Tiger, with the park being the best habitat in the world for the mammals.

Other notable wildlife to see in the park include rhinos, with the park having the most in Nepal, and an abundance of sloth bears.

Sagarmatha National Park predominantly consists of the mountainous terrain of the Himalaya Mountains. It ranges from snow-capped peaks to forest-covered mountains.

The range in altitudes and landscapes makes it a habitat for a variety of animals, including Himalayan wolves, red pandas, black bears, and over 100 species of birds. Most tourism to the park centers around exploring the peaks of Mount Everest, with tours available to climb the summit. 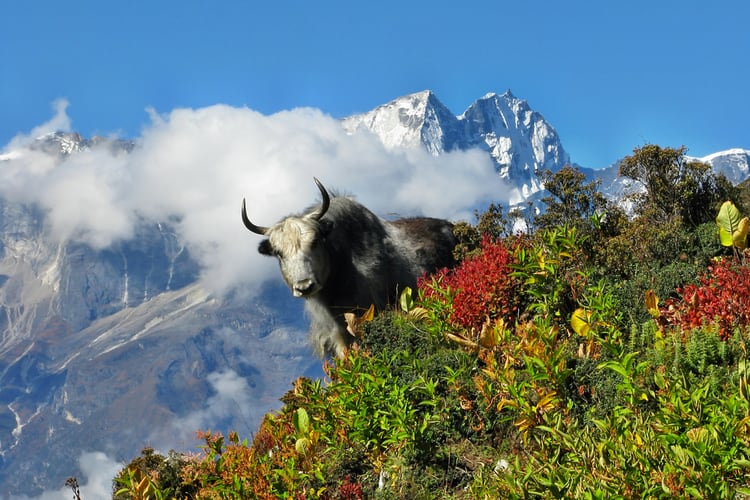 Langtang National Park is the first park established within the Himalayan Mountains. The region is considered part of the Sacred Himalayan Landscape.

The central section of the mountain range includes several notable points of interest contained within the park. The park’s highest point is the Langtang Lirung Peak, a famous mountain, and the Gosainkunda Lake, a sacred lake known for its high altitude.

The national park preserves the landscape and the diverse ecosystems that thrive within it. It covers everything from tropical forests to icy landscapes at a broad range of altitudes. 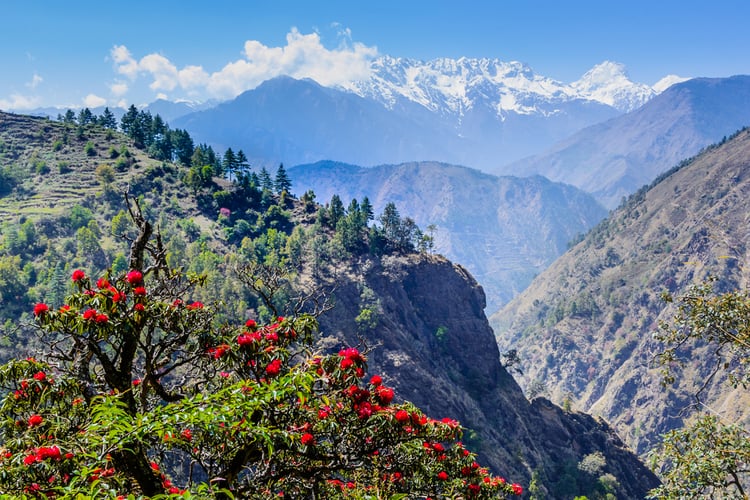 The smallest national park in Nepal is the Rara National Park, located in a remote section of the Himalayas. The highlight of the park is the Rara Lake.

Rara Lake is approximately 10.8 sqkm, making it the largest lake in Nepal. It has a maximum depth of 167-meters and located almost 3,000-meters above sea level.

The lake is surrounded by several mountains, giving visitors picturesque views of the beautiful scenery. It’s known for its rich flora and small wetland wildlife. Rara National Park is very remote and only reached by hiking a distance from the Talcha Airport. 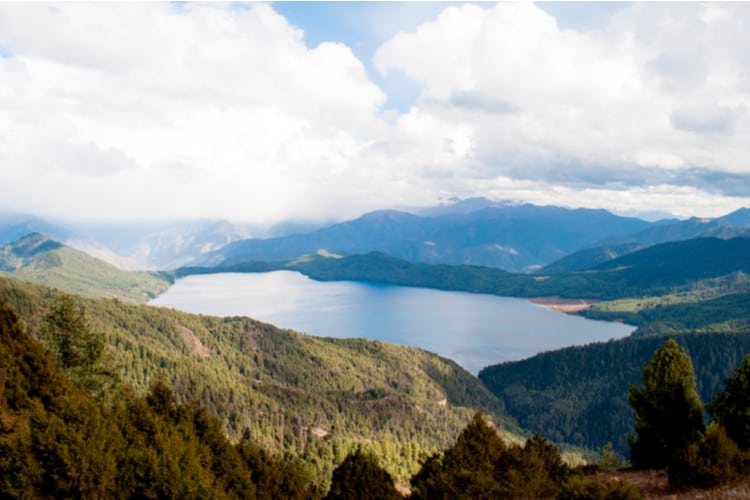 Khaptad National Park is designated to protect a sacred religious site and its surrounding areas. The park is in one of the western-most regions of Nepal, established in 1984.

Khaptad National Park is based around Khaptad Baba Ashram, a religious site famous for Hindu pilgrimages. Hindu devotees arrive during July-August to worship in the site of Khaptad Baba.

In addition to its religious significance, the Khaptad National Park has very diverse plant life and fauna. Visitors may come across animals, including Himalayan black bears, leopards, peregrine falcons, and vultures.

There is also a range of vegetation and plants as the altitudes extend from 1,400-meters to 3,300-meters. 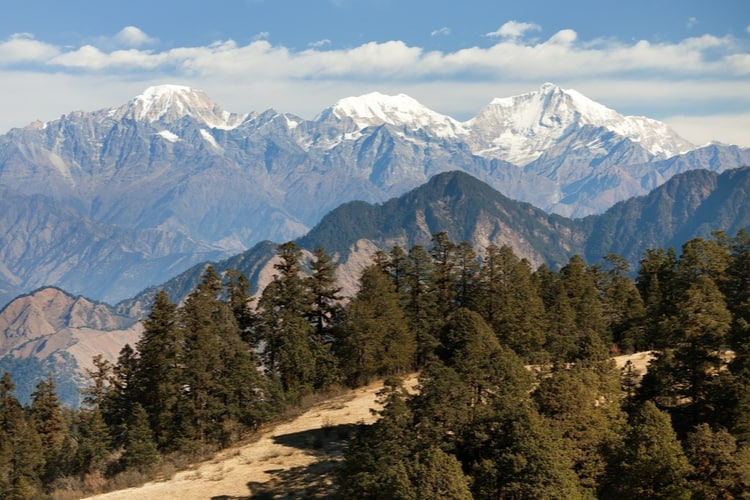 Shey Phoksundo National Park is the largest national park in Nepal and a favorite destination for tourism. It’s a park with a diverse landscape, thanks to its Trans-Himalayan location.

The name of the park derives from Phoksundo Lake, a scenic lake with an altitude of over 3,600-meters above sea level. Nearby the lake is also Nepal’s largest waterfall.

The diverse landscape of the Shey Phoksundo National Park creates beautiful scenery, perfect for tourist hikes and sightseeing throughout the park. The park is home to several endangered species, including Grey wolves, snow leopards, and blue sheep. 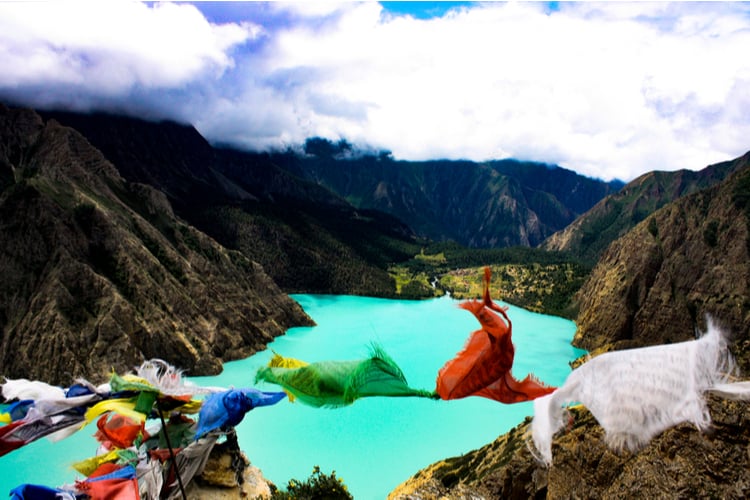 Bardiya National Park was once a royal hunting ground that transitioned into national park status for the preservation of the area. It’s located in the southern region of Nepal, which experienced significant development with highways and other urbanization projects. After establishing the park in 1988, it’s now revived and an essential habitat for wildlife and flora.

Bardiya National Park is one of the largest, undisturbed areas in this region of Nepal. It’s included within the Tiger Conservation Unit and home to many Bengal Tigers. Other animals found within the park include wild elephants, rhinos, Gangetic dolphins, and over 400 species of birds. 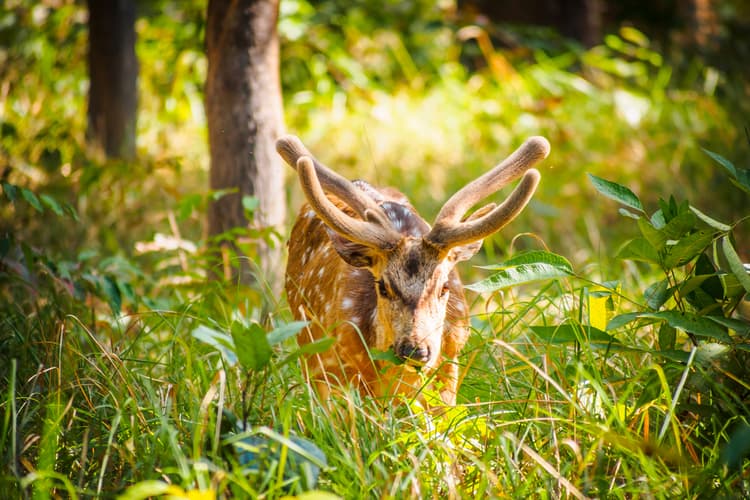 Makalu Barun National Park established in 1992 after the discovery of the rich biodiversity and landscapes located throughout the region. It’s part of the Sacred Himalayan Landscape and includes the fifth highest mountain on Earth, Makalu Barun.

The Makalu Barun National Park is one of the highest elevation gain parks in the world, extending over 8,000-feet high thanks to the namesake mountain peak and other notable peaks within the Himalayan range.

Ecotourism is highly promoted for the park, coinciding with the extreme efforts for the preservation of the area. It’s a natural habitat for rare and protected birds as well as common Himalayan animals. 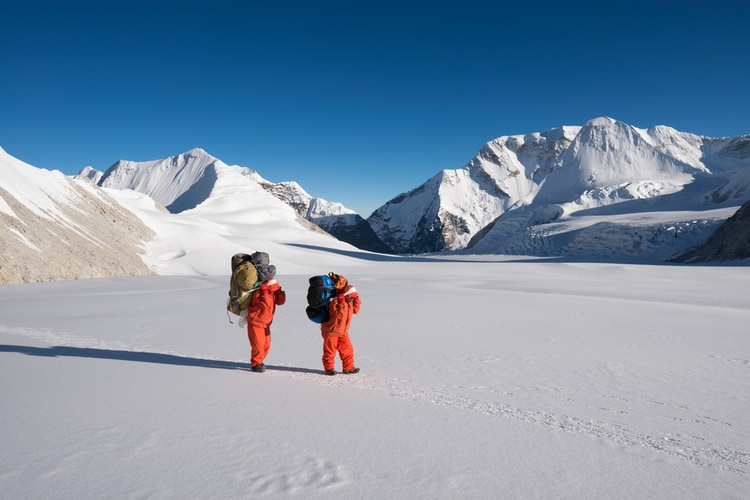 Shivapuri Nagarjun National Park is one of the latter established national parks in Nepal, formed in 2002. The highlight feature of the park is the Shivapuri Peak, with a vast majority of the park covering a forested area leading down towards Kathmandu Valley.

The park is known for its exceptionally diverse fauna and plants. It’s home to many popular Himalayan mammals, including leopards, jungle cats, goral, and more than 300 bird species.

Visitors come to Shivapuri Nagarjun National Park for beautiful nature walks through the thick forests for glimpses and the preserved ecosystems and great views. 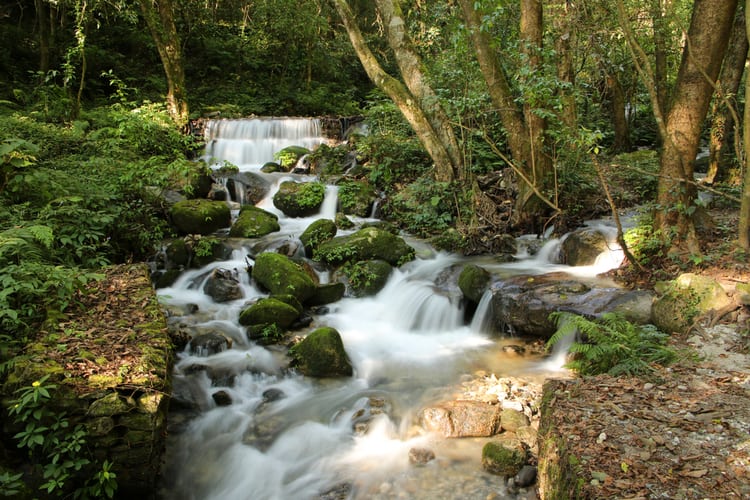 As Nepal continues to develop as a destination for biodiversity, the Banke National Park was established in 2010 and considered a “Gift of the Earth.”

Banke National Park is one of three parks included within the Tiger Conservation Unit and a natural habitat for the Bengal Tigers. Other notable animals coexisting in the park are antelope and mongoose. The park also features lots of species of birds.

The former wildlife reserve was designated as the Shuklaphanta National Park in 2017. It’s located in Nepal’s western region and bordered to the west and south by India.

Shuklaphanta National Park contains the largest continuous grassland in the country. More than half of the park is considered grassland, while also including forests and wetlands.

The park includes a standard migration route for animals to the Sivalik Hills. It’s home to many birds, mammals, and fish that thrive in grassland ecosystems. Visitors can see the vibrant, natural sights, as well as evidence of historical human settlement as in the ruins of an ancient kingdom.

Parsa National Park is a former royal hunting ground and now part of the Tiger Conservation Unit. The Bengal Tiger population within the park has recovered, although only including just under 20 tigers.

Parsa National Park is one of the newest national parks established in Nepal, converted from a protected wildlife reserve into park status in 2017.

A majority of the park is tropical forest, with the highest altitudes extending into the Sivalik Hills. There are close to 1,000 species of plants located throughout the park. Tours are available to take visitors through the park for a chance to see the protected tigers and other wildlife.