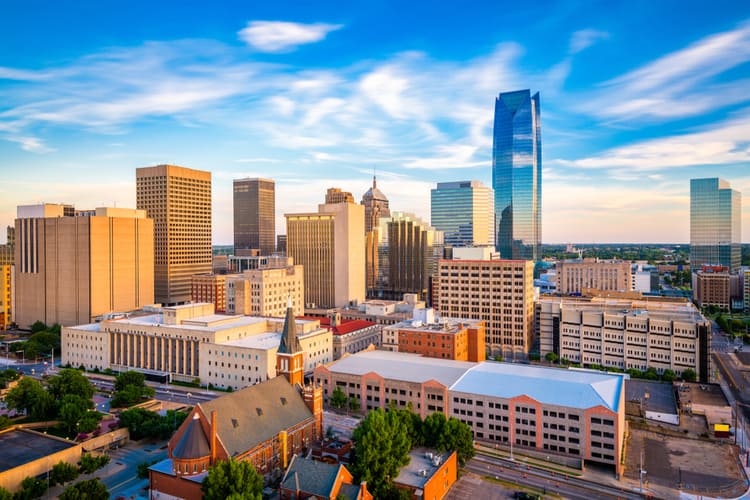 Tulsa is the second-largest city of Oklahoma and the 45th most populous in the US with a total population of 400,669. The city is the seat of Tulsa County located in the center-eastern region of the state.

Historically the “Oil Capital of the World,” Tulsa is a major hub of the US Oil and energy industry. The city has now diversified into the finance, aviation, technology, and communication industries as well.

Tulsa is also the cultural center of the region with several cultural attractions located in the city. The Tulsa Zoo, the Tulsa Opera, the Tulsa Symphony Orchestra, the Philbrook Museum of Art, and the Oklahoma Aquarium are just some of the most popular venues in the city. Tulsa is also home to the University of Tulsa. 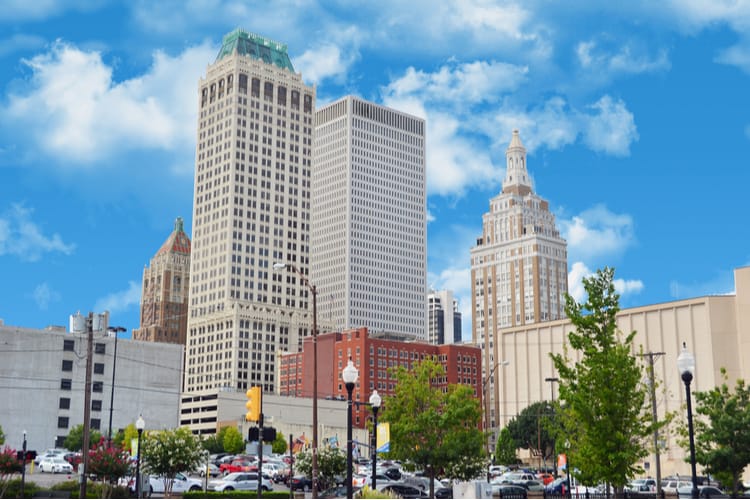 The economy and culture of the city are driven largely by the University of Oklahoma which provides the majority of employment opportunities and also houses several cultural attractions like museums, sports, and recreational venues throughout the city. The Oklahoma City-Norman metropolitan area is the most tornado-prone area in the world. 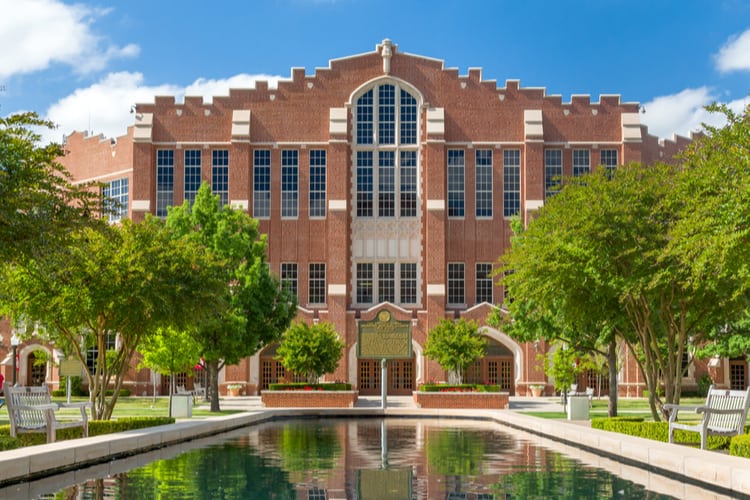 Broken Arrow is located in the Tulsa and Wagoner Counties in northeastern Oklahoma. With a population of 109,171, it is the fourth-largest city in the state. Historically an agricultural community, Broken Arrow is now the third-largest manufacturing center in the state.

Broken Arrow has two institutes of higher education and learning, the Northeastern State University and the Tulsa Technology Center. Broken Arrow is regarded as one of the “25 most affordable cities in the South.” 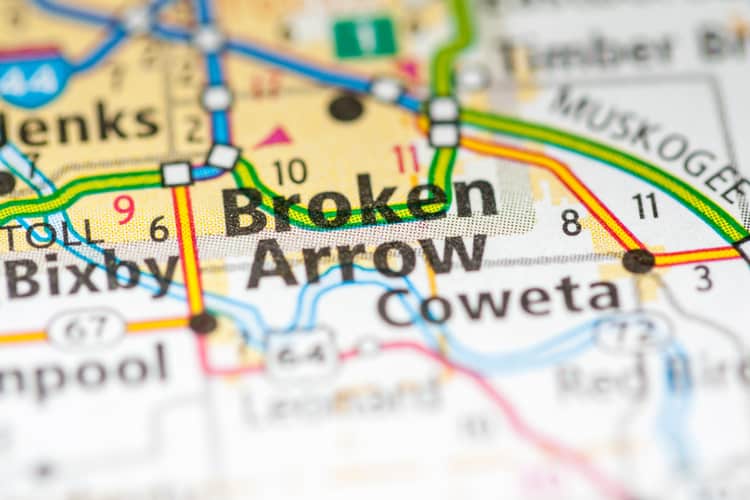 Edmond is located in Oklahoma County in central Oklahoma. It is the largest suburb of the state capital Oklahoma City and ranks as the fifth-largest city of the state with a population of 93,127. Edmond is famous as the home of America’s most decorated Olympic gymnast, Shannon Miller.

Edmond is home to the University of Central Oklahoma, and also the Oklahoma Christian University. The city has a total of 20 parks and several public arts and landmarks distributed throughout the city. 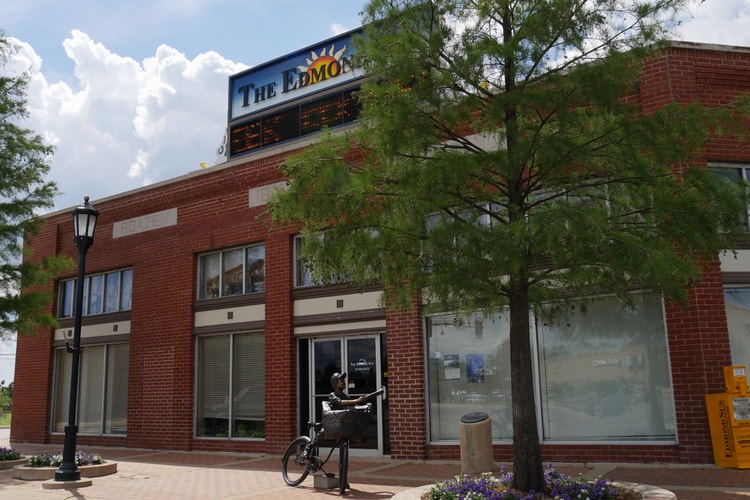 Lawton is the seat of Comanche County in southwestern Oklahoma. It is the sixth-most populous city in the state with a total population of 92,859 and the fourth-largest in terms of area covering 84.70 square miles of total area. Lawton is the site of Fort Sill Military Reservation.

Lawton is the fourth-largest contributor to the GDP (over $4 billion) with nearly half of that coming from the government sector. The city is home to Cameron University, and also the Great Plains Technology Center. Lawton has a total of 80 parks and recreation areas. 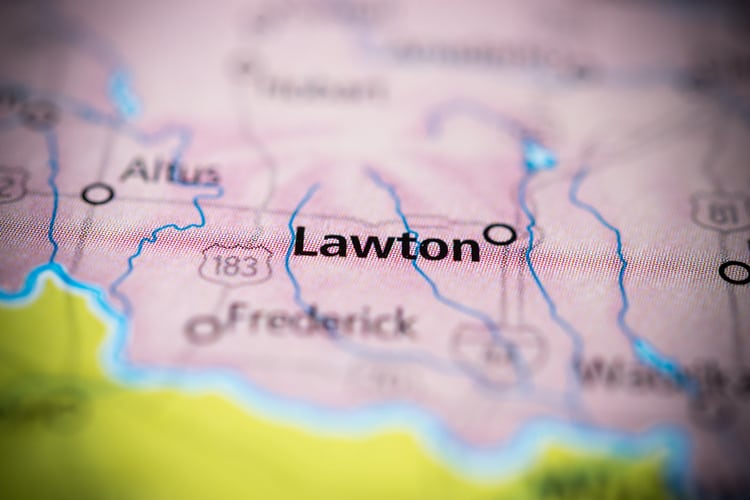 Moore is located in Cleveland County in central Oklahoma. The city’s total population is 62,103. Moore is located between Oklahoma City and Norman and it has been hit by several devastating tornadoes throughout its history. 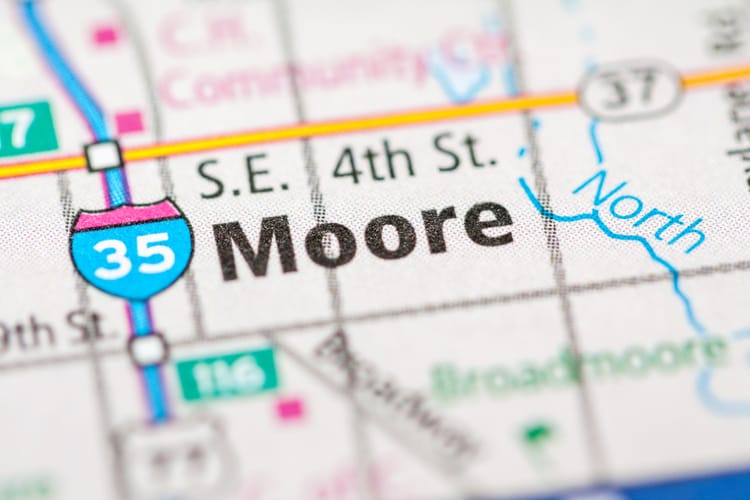 Midwest City is located in Oklahoma County in central Oklahoma. It is one of the suburbs of Oklahoma City and is the outright eighth-largest city of the state with a population of 57,325. Midwest City was also heavily damaged by several tornadoes throughout its history. It is the site of the Tinker Air Force Base.

Several major manufacturing plants were situated in Midwest City in the past with the most notable being the General Motors’ Oklahoma City Assembly plant. The manufacturing industry has been on a steady decline in the state though.

Midwest City is home to a four-star 18-hole municipal golf course which along with the Atkinson Heritage Center acts as the city’s major attractions.

Most Populated Cities in Oklahoma

How many of the largest cities in Oklahoma did you know about? Leave a comment below!