Massachusetts is located on the northeastern coast of the United States and ranks as the 15th most populated state in the mainland United States with a total population of 6,939,373.  The state is ranked 44th in terms of total area covering 10,565 sq. mi (27,337 sq. km).

Boston is the most populous city in Massachusetts with a population of 694,583. It is also the seat of Suffolk County and is located in the eastern coastal region of the state.

The city was a site for many key events that unfolded during the course of the American Revolution, most notably the Boston Massacre, the Boston Tea Party, and the Siege of Boston.

Boston has one of the highest costs of living in the whole country. The city is home to Boston University, Tufts University, and Northeastern University. As a world leader in innovation and entrepreneurship, Boston boasts over 5,000 startups and ventures making it one of the most important economic centers in the United States. 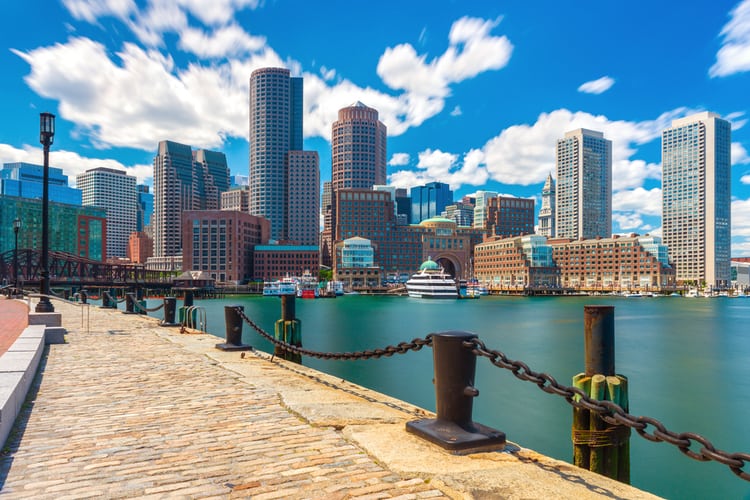 Worcester is the seat of Worcester County in central Massachusetts. The city is the second-most populous in the state with a total population of 185,877. Worcester is known as the “Heart of the Commonwealth (of Massachusetts).” The city’s symbol is also a heart. 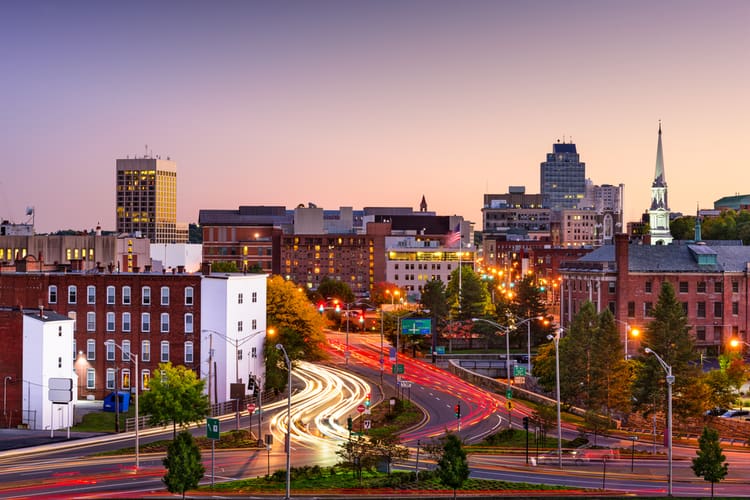 Springfield is the seat of Hampden County in western Massachusetts. It is located on the eastern bank of the Connecticut River. With a population of 155,032, it ranks as the third-most populous city of the state.

Springfield played an active role in the American Revolution and also the Civil War. Nowadays, it’s the economic and cultural hub of Western Massachusetts.

The city is home to the largest concentration of retail and trade centers alongside the major presence of the banking, legal, medical and manufacturing sectors as well. Springfield is home to the Basketball Hall of Fame. 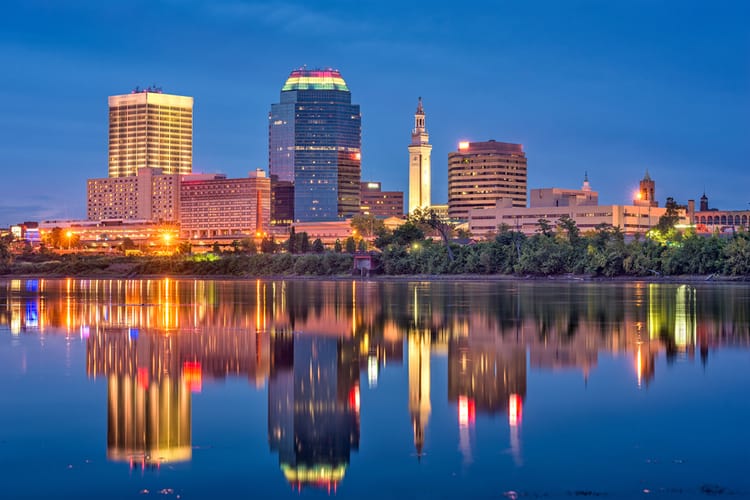 Cambridge is located in the Middlesex County on the eastern coastal region of Massachusetts. The city of Boston lies to the south of Cambridge and the Charles River separates the two cities.

Cambridge has a population of 118,977 which makes it the fourth largest city in the state. Cambridge was named after the town and university of Cambridge in England.

The city is also home to the oldest and highly prestigious institution of higher education in the United States, Harvard University. It is also home to another elite and prestigious institution, the Massachusetts Institute of Technology. The two universities practically form the bulk of the city’s population and drive the city’s economy as well as lead global research front in many fields. 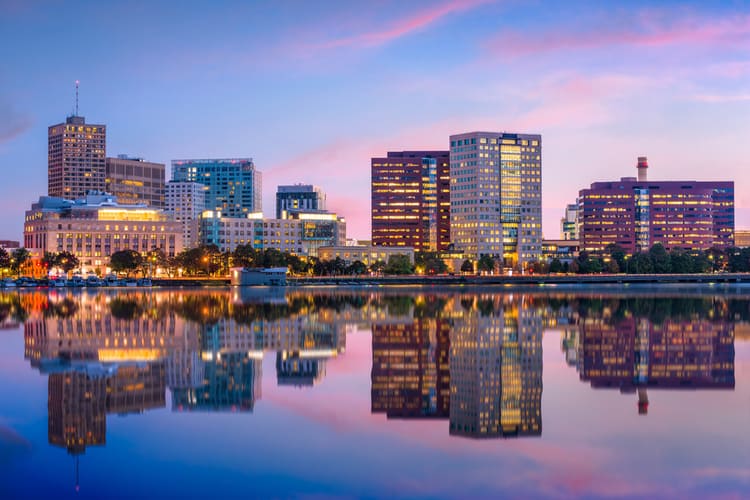 Lowell is a city located in the Middlesex County on the eastern coastal region of Massachusetts. The city has a population of 111,670 making it the fifth-largest city in the state.

Historically a manufacturing center and even claiming the largest industrial complex in the county circa 1850, Lowell is now more important for historic and cultural reasons rather than economic.

Lowell is home to the Lowell National Historical Park which is reminiscent of the city’s early history as an immigrant city. Another important landmark is the Armenian Genocide Memorial. The University of Massachusetts also operates a campus in the city. 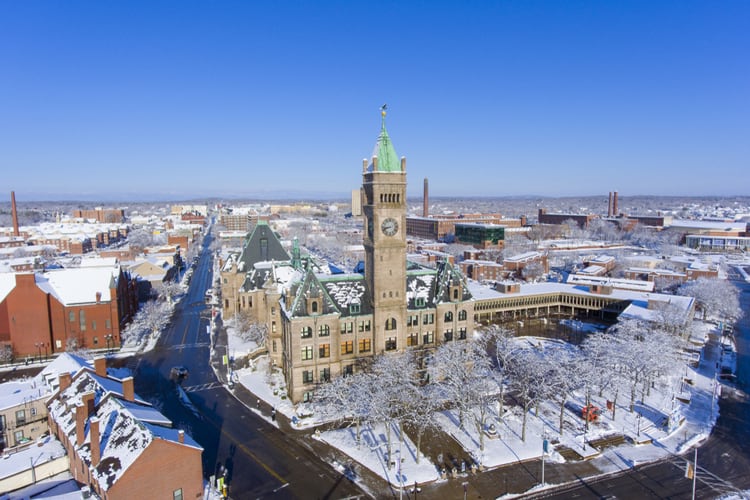 Brockton is located in Plymouth County in southeastern Massachusetts. With a population of 95,777, it narrowly edges out New Bedford as the sixth-most populous city in the state. The city was an important manufacturing center most notably the largest producer of shoes during the American Civil War.

Brockton is home to the Brockton Symphony Orchestra. The city organizes several annual festivals and events throughout the year including the Brockton Summer Concert Series, the Downtown Brockton Arts, and Music Festival, the Veterans Day Parade, and the Cape Verdean Festival. 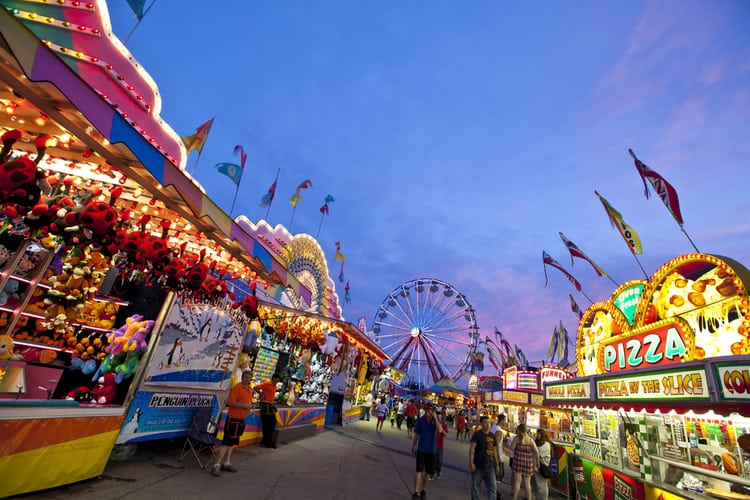 New Bedford is located in Bristol County in southern Massachusetts. It is the seventh-largest city in the state with a population of 95,315. It has a well-known fishing fleet and seafood industry. New Bedford’s nickname is “The Whaling City.” 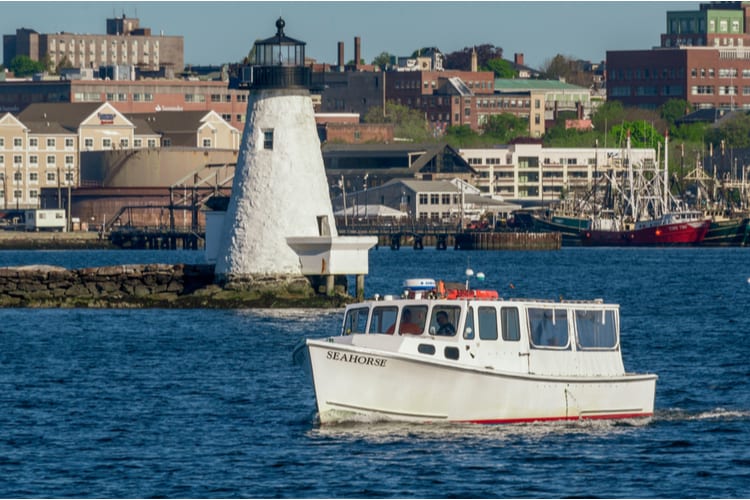 Lynn is the largest city located in Essex County in northern Massachusetts. With a population of 94,654, Lynn narrowly edge out Quincy as the eighth-most populous city in the state.

The city was historically known as the “City of Sin” owing to its large number of crimes and illegal activities. However, the city has since turned around and is now more famous as a center of contemporary art and for its historic architecture.

Lynn is especially known for its historic downtown cultural district with many public parks and open including the Lynn Shore Reservation, the 2,200-acre Lynn Woods Reservation, and the High Rock Tower Reservation. Lynn also is home to Lynn Heritage State Park and the Diamond Historic District. 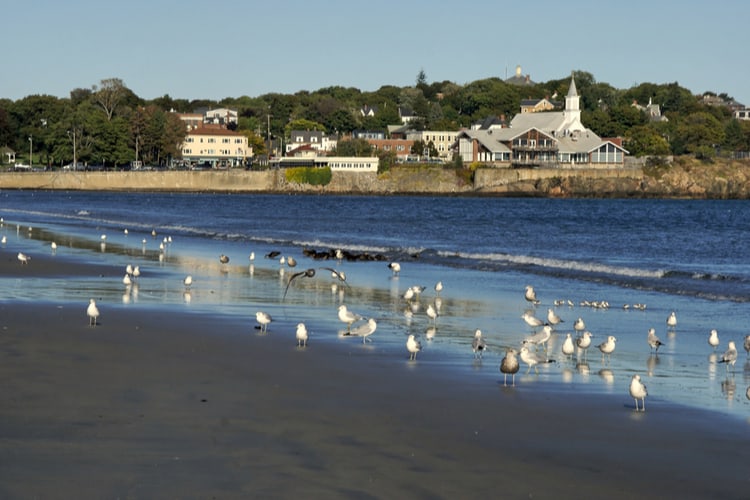 Most Populated Cities in Massachusetts