There is an abundance of national parks in Japan, thanks to the country’s biodiversity and unique landscapes. Many of the Japanese national parks allow visitors to enjoy their scenic beauty and outdoor activities.

Other parks designate preserved land to protect vital parts of Japan’s natural heritage. As a tourist, many of these places are off-the-beaten-path in Japan and give a unique perspective when explored.

Shiretoko National Park is a designated area of the Shiretoko Peninsula, established in 1964. It’s one of the easternmost points in Japan, preserved thanks to the remote nature of its location. The park’s landscape ranges from mountains on one side, transitioning to forested areas and, ultimately, the Pacific Ocean.

The park is most known for having the largest brown bear population in Japan. Other favorite animal sightings include whales and dolphins. Hiking is a popular activity. The visitor center also provides an informative documentary about the wonders of the park. 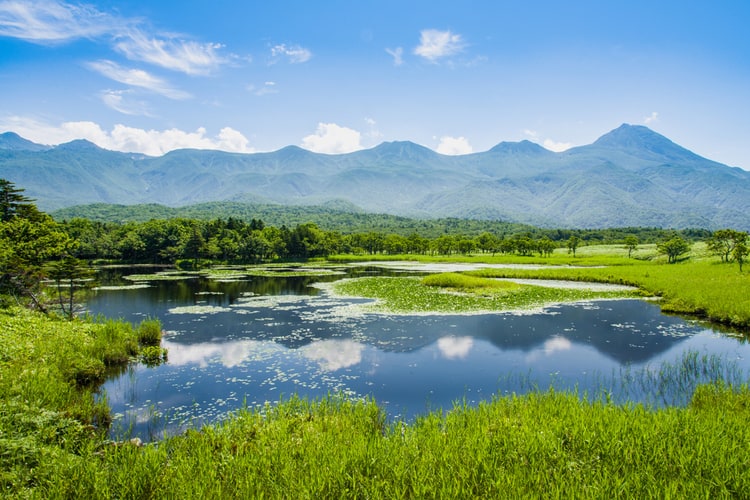 Towada Hachimantai National Park is a unique park, divided into two mountainous regions in Japan – Towada-Hakkōda and Hachimental areas. It’s best known for the scenic beauty across the park, including very diverse plant and animal life.

Visitors can discover several natural landmarks in the park, including Lake Towada, the Oirase River Valley, and the volcanic Hakkōda mountains. The park established in 1936 and is a destination for lake cruises and hiking. 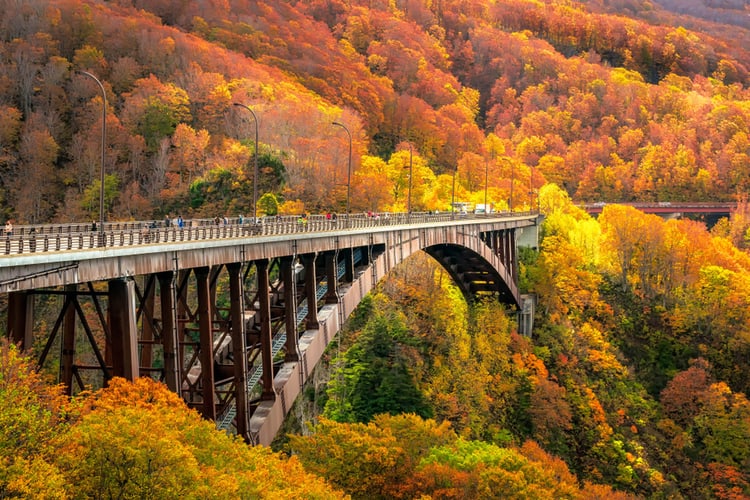 Nikko National Park bridges the gap between nature and culture. The former Imperial park achieved national park status in 1934, recognized for being one of the most beautiful places in Japan.

Nikko National Park includes several natural and humanmade landmarks across three sections of the park. The top sites include Kegon Falls, one of the highest waterfalls in Japan, Rinnō-ji, the most notable Buddhist temple, and Nikkō Tōshō-gū, the most notable Shinto shrine.

Visitors can enjoy a mix of outdoor activities such as hiking, camping, and skiing. The park area also includes the beautiful Chuzenji Lake. 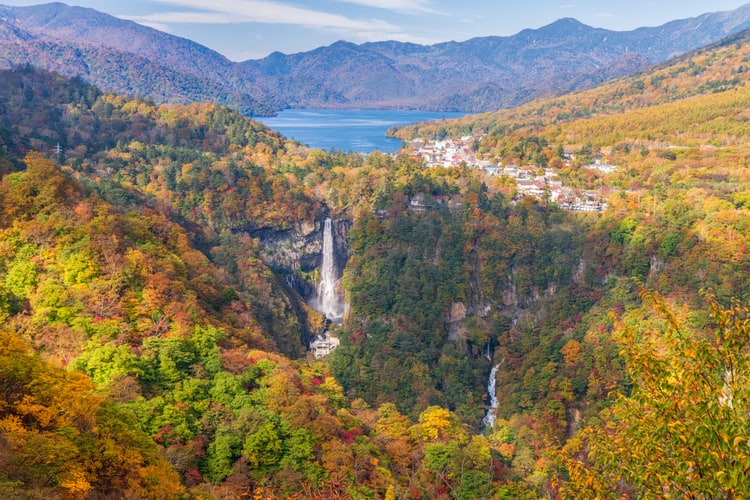 Fuji-Hakone-Izu National Park is the most visited park in Japan, thanks to the easily accessible location. It’s a developed park, providing visitors cable cars for views of Japan’s highest volcano or cruise ship excursions along the Fuji Five Lakes. 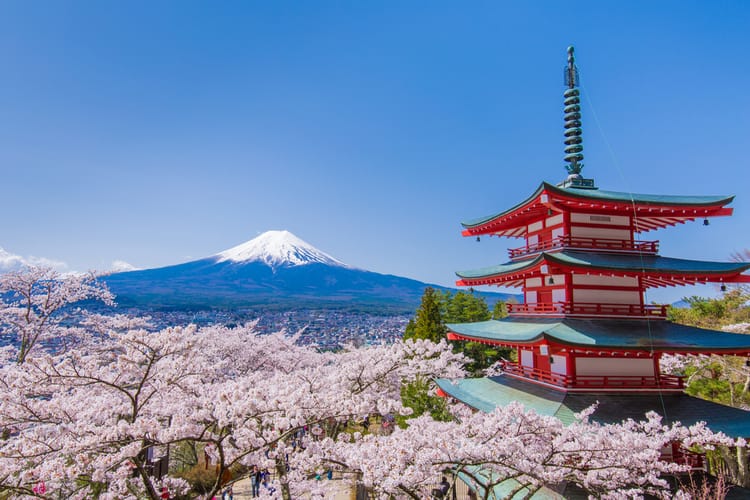 Yoshino Kumano National Park is located in multiple areas of Japan – Mie, Nara, and Wakayama – spread across several cities and villages. The preserved natural scenery of the park is the main attraction for visitors.

The highlight of the Yoshino Kumano National Park is Mount Yoshino, known for its abundance of native cherry blossom trees growing along its mountainsides. It’s also designated as a UNESCO World Heritage Site. Other landmarks to see within the park include the Nachi Falls and Kushimoto Marine Park. 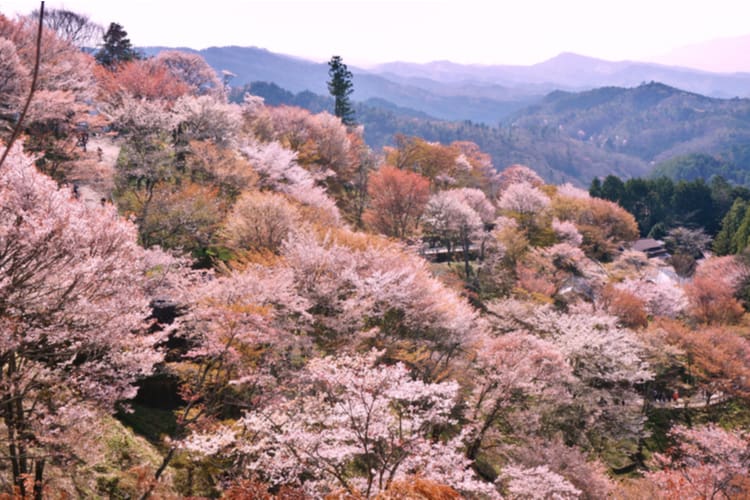 Volcanoes are abundant in Aso Kujū National Park. The park first established in 1934, solely names after Mount Aso, but later expanded and renamed to include the Kujū mountains in 1986.

Mount Aso is Japan’s largest active volcano and one of the main attractions for visitors to the park. It’s one of the many volcanoes here, visible from scenic viewpoints as the backdrop to the caldera of forested slopes and grasslands. 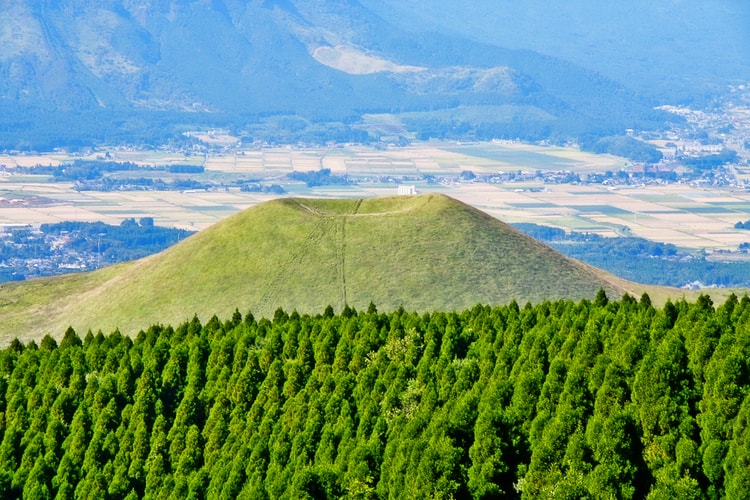 When the former Kirishima-Yaku National Park split, the Yakushima National Park emerged in 2012. The park includes areas of the Yakushima Island and Kuchinoerabujima Island. The islands represent two worlds, one predominantly forested, and the other an active volcano, creating rich biodiversity within the park.

Yakushima National Park is open to the public, although it has designated areas for sacred grounds and untouchable. It’s a popular destination for climbing the towering cliffs and hiking trails. It’s home to nearly 2,000 plant species, over 100 bird species, and endemic mammals. 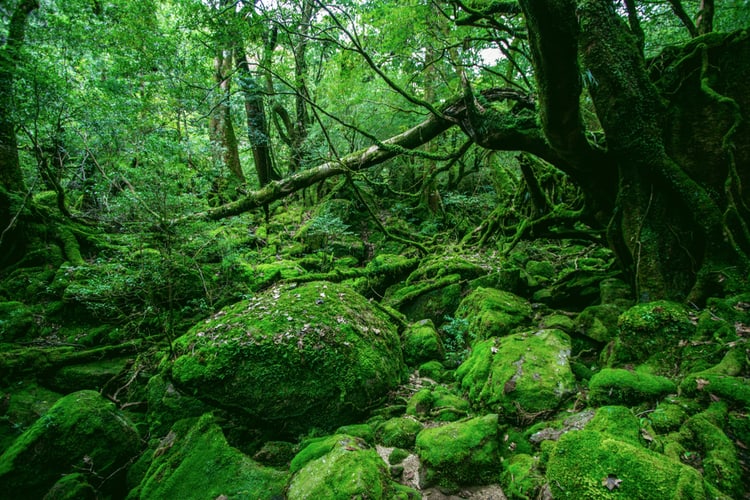 Iriomote Ishigaki National Park is a tourist destination for activities in and outside of the surrounding island waters. Visitors can go diving through the coral reefs or trekking for beautiful sights of the landscape. 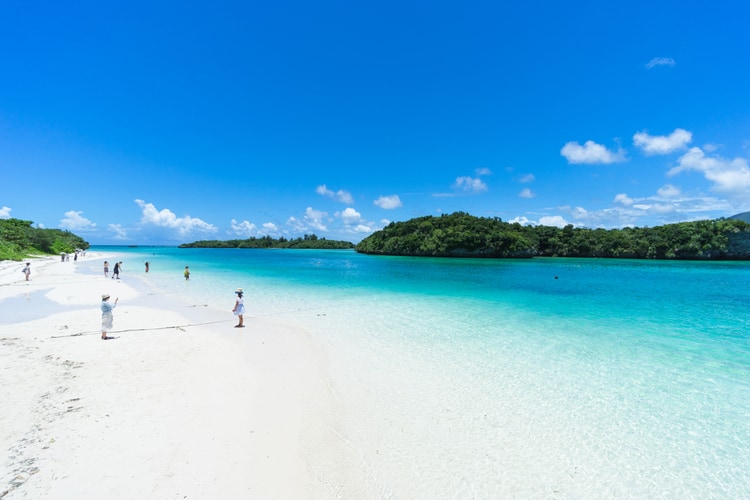 Kushiro Shitsugen National Park designates an area on the eastern side of the Hokkaido Island for the preservation of the region’s wetlands. The wetland ecosystem is recognized as a natural monument because of the biodiversity, making tourism highly regulated for conservation efforts.

Kushiro Shitsugen National Park derives its name after the Kushiro River, which flows through a majority of the park. The park also includes Japan’s most extensive tracts of reedbeds. Tourism to the park consists of a sightseeing train, biking, and canoeing in the river. 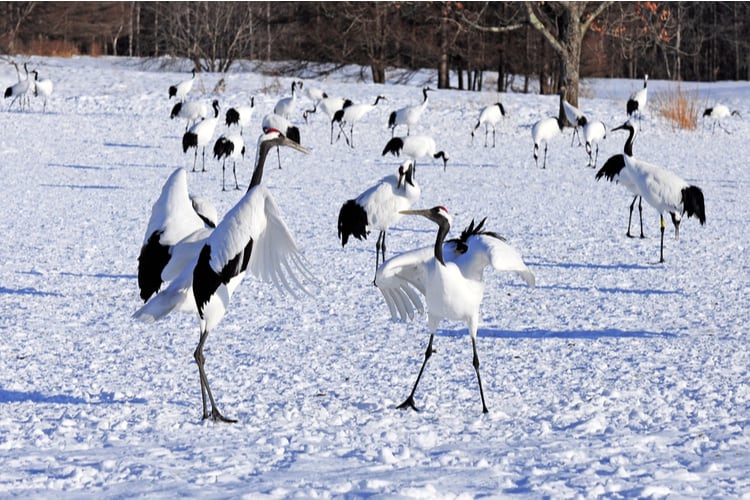 Ogasawara National Park is named for the Ogasawara Islands or Bonin Islands. The uninhabited nature of the island archipelago allowed it to develop into a tropical paradise with lots of native plants and animals.

The National Park has over 400 native plants and endemic animals such as the endangered Bonin flying fox. There are also hundreds of bird species. The rich flora and fauna of the islands led to recognition on the UNESCO World Heritage List.

Visitors can take ferries around the various islands for day trips to enjoy marine activities or explore landscapes. 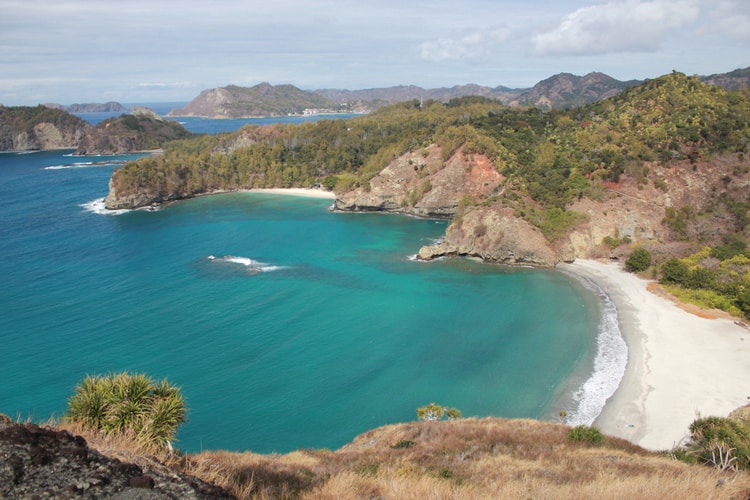 Kerama Shotō National Park has clear blue waters and perfect beaches for lounging or enjoying the waters. The islands are developed for tourism with lots of tour and guide options for exploring the colorful reefs. 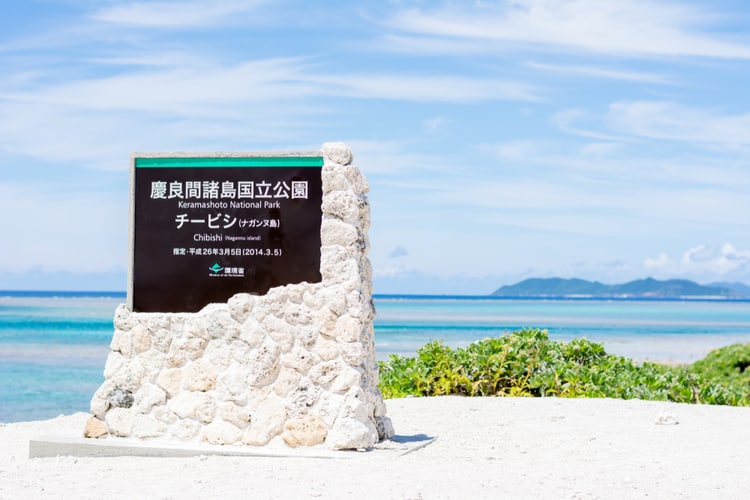 Akan National Park is one of the oldest parks in Japan, established in 1934 on Hakkaidō Island. The natural landscape is impressive for scenic views over a variety of landscapes ad formations. The park includes volcanic craters, forests, lakes, hot springs, and more.

The Akan Caldera is a part of the Akan National Park, which has the Akan Volcanic Complex. Some of the points of interest within the park include Mount Meakan, the highest peak, and Lake Mashū, a crater lake and one of the clearest in the world. 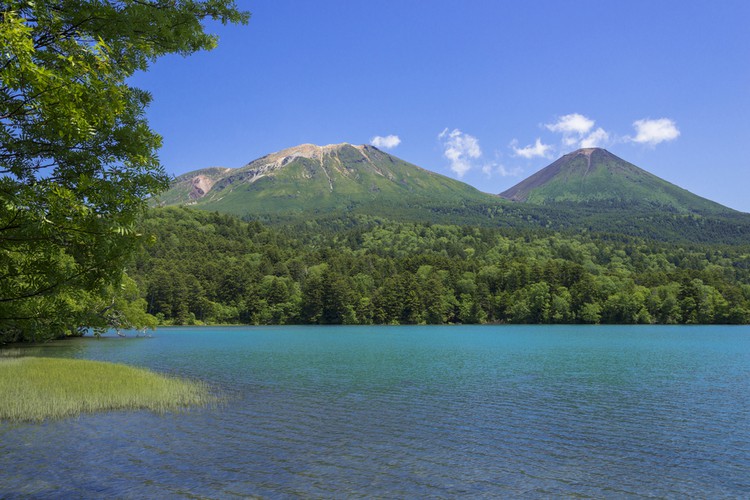 Sanin Kaigon National Park is a coastal park running along the Sea of Japan. It was established in 1963 and also considered a geopark for the geological significance of the region.

The coastal location features many unique natural land formations, making it an exciting place to explore or research. The park includes inlets, caves, dunes, and other rock formations.

The top points of interest include the Tottori Sand Dunes and the Genbudō Cave. Visitors have the chance to trek up the dunes, explore the caves, or relax with scenic views off the coast.

What is the largest national park in Japan?

The largest national park in Japan is the Daisetsuzan National Park, one of the first established in Hokkaidō Island, covering an area of more than 2,200 square kilometers.

How many national parks are there in Japan?

Japan has 30 national parks located across many of the country’s islands and surrounding marine areas.