There are many beautiful national parks in Italy to discover, and here’s a visitor’s guide with more information and what to expect before you visit them.

Italy has a diverse landscape, with national parks covering many of the most iconic natural scenes. From scenic mountains to one of the oldest cliff-side settlements, national parks in Italy allow visitors to discover a mix of nature, history, and culture.

Bellunesi Dolomites National Park is one of the most popular and visited national parks in Italy. It’s located in Northern Italy and includes an area of ranges around the outskirts of the Dolomites.

The park was established in 1988 to protect the natural landscapes and promote research in the region. Visitors enjoy the park for hiking and sightseeing the abundant plant life and wildlife. Some of the best parts of the park are reachable only by carving out your own trail through the forests, mountains, and other untouched lands. 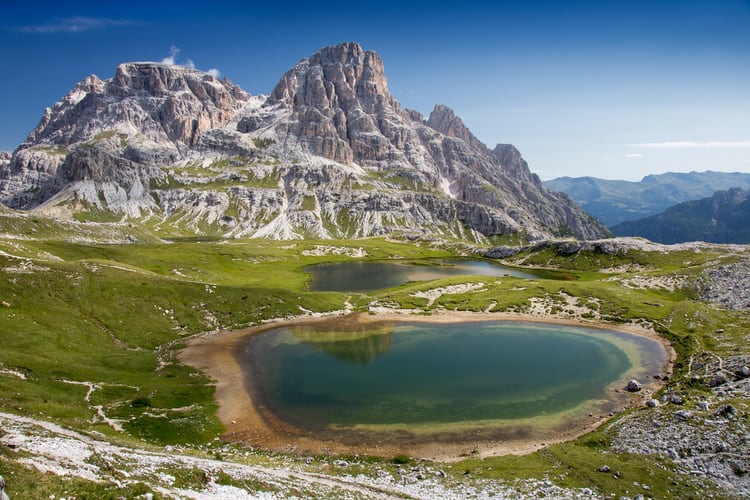 The largest national park in Italy is the Stelvio National Park. The park is a large area of protected nature since 1935. It mainly consists of scenic mountains and valleys.

Visitors come to the park for great hiking routes and backcountry hiking for those a bit more adventurous. Along the hikes, visitors will come across an abundance of alpine wildlife and bird.

Mountain biking is common along the winding roads. There are several designated campsites open to the public. 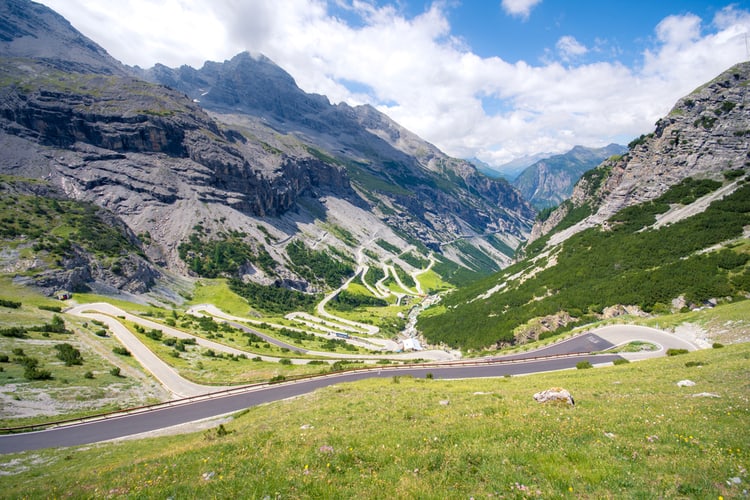 Gargano National Park is a destination designed to promote ecotourism. Located in southern Italy, the park established in 1991 and has become a popular day-trip destination to many of the nearby cities.

The highlight of the Gargano National Park is Mount Gargano, from which the name derives. Other major points of interest include the Foresta Umbra, a large protected wood area and the Tremiyi Islands, part of an archipelago.

Many of the activities promote the sustainability of the natural landscape. 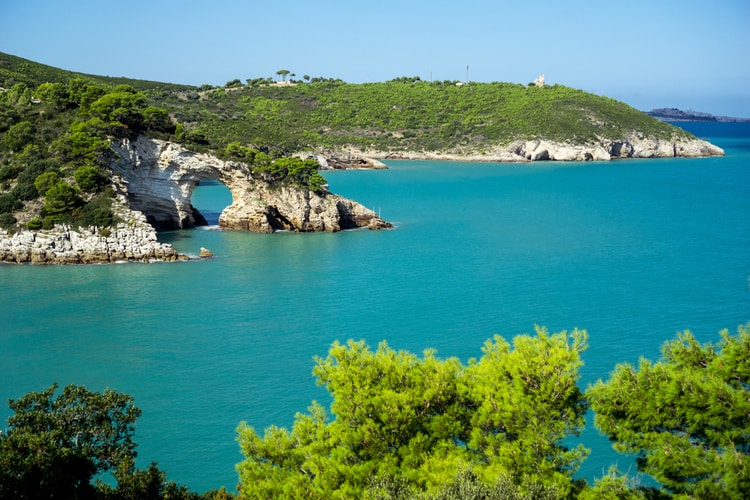 Cinque Terre National Park is a unique human-made national park that blends human development with the environment. The park consists of five coastal towns developed into the cliff-side and linked by nature trails.

The distinct towns make up the first national park in Italy and were also declared a UNESCO World Heritage Site for their cultural significance. Ecotourism is the leading economy for the towns within the park that are perfect for coastal hikes and recreational fishing.

Cinque Terre National Park is one of the most popular parks in Italy, capable of receiving millions of visitors in a single month.m during its peak season. 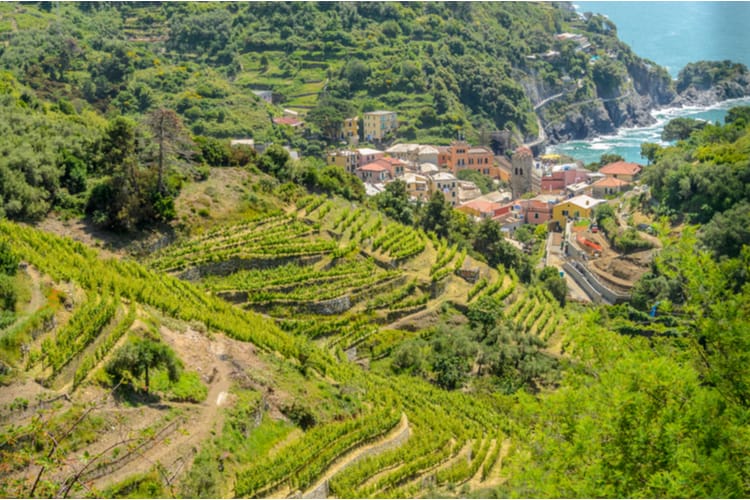 Parco Nazionale d’Abruzzo is in the central region of Italy. It’s one of the oldest established national parks as a way to preserve the rich forested area from urbanization.

The national park was established in 1996 to preserve the natural island landscapes, in effect maintaining the historical significance of the islands during the times of Napoleon.

The island of Elba is the most popular tourist destination in the park where visitors can learn the history or climb to the top of Mount Capanne, the highest peak, for panoramic views of the islands. 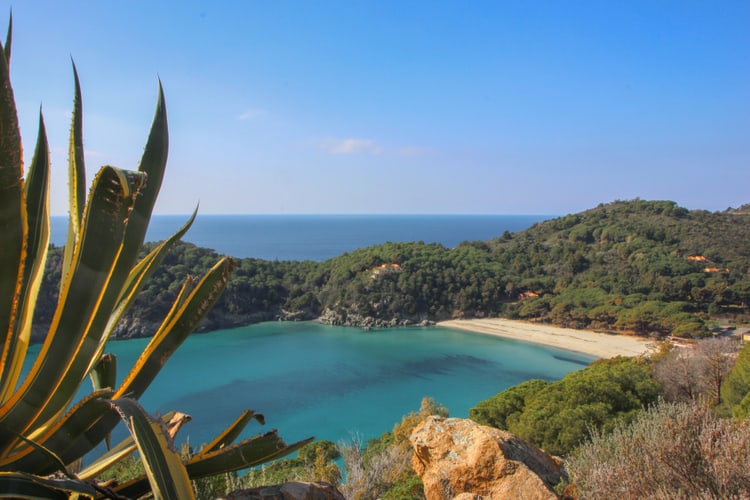 Gran Sasso e Monti Della Laga National Park is very accessible for visitors thanks to a major highway extending the length of the park. Many of the structures set up for construction workers converted into the visitor center and other park facilities.

Visitors can enjoy activities such as biking, walking, and trekking along the long stretch of trails in the park. 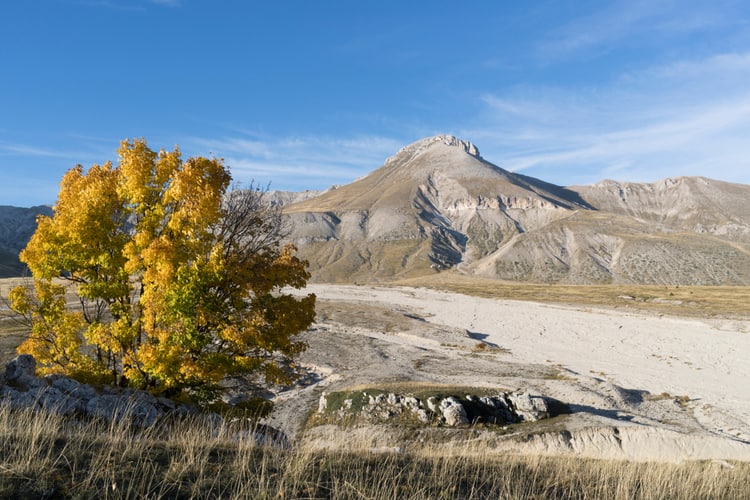 Parco Nazionale del Cilento is a national park and UNESCO World Heritage site. Located in the southern Italy region of Cilento, the park was designated to preserve the area from urban development and mass tourism.

Parco Nazionale del Cilento combines natural landscapes with historical monuments and other landmarks. Some of the top things to do within the park include visiting one of the Ancient Greek towns or enjoying the scenery of the nature reserves. 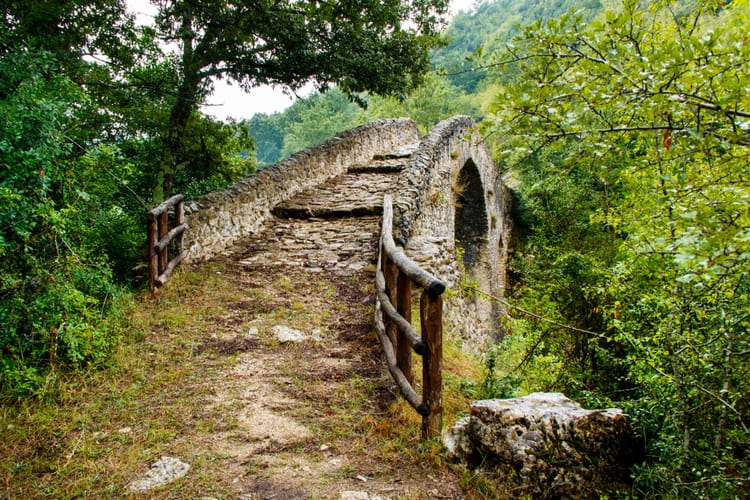 Gran Paradiso National Park is a former royal hunting ground, converted into a national park in 1922 to protect the Alpine ibex. Once nearly endangered, the population restored and continued to be a prominent mission for the park.

Gran Paradiso National Park is located in the Graian Alps, bordering France. Its highest peak is the Gran Paradiso Mountain with other landscapes included with the park that serves as one of the best natural habitats for the Alpine ibex. 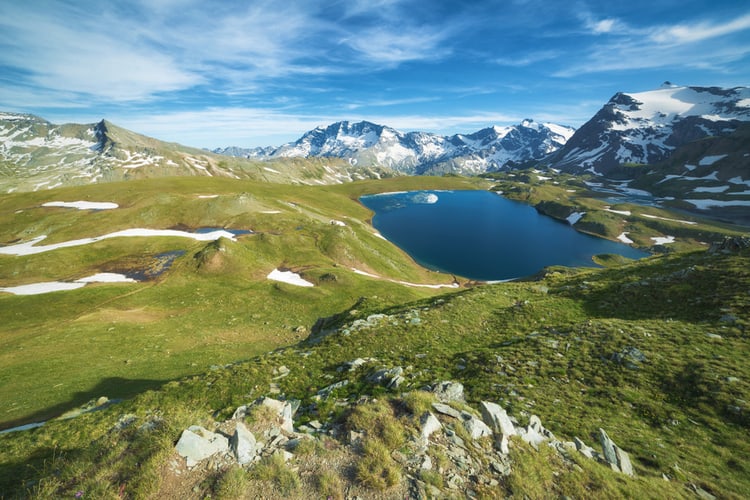 Asinara National Park completely transformed the dark history of the Asinara Island. Located in one of Italy’s territory’s off its coast, the island initially was a maximum-security prison and prison camp. The national park status was established in 1997, effectively boosting tourism.

Visitors can take a ferry to Asinara National Park and spend the day enjoying the scenery and historical sites from its past. Biking is the best way to get around the park, with rentals available at the visitor center.

The park includes native animal species, such as the albino donkey. 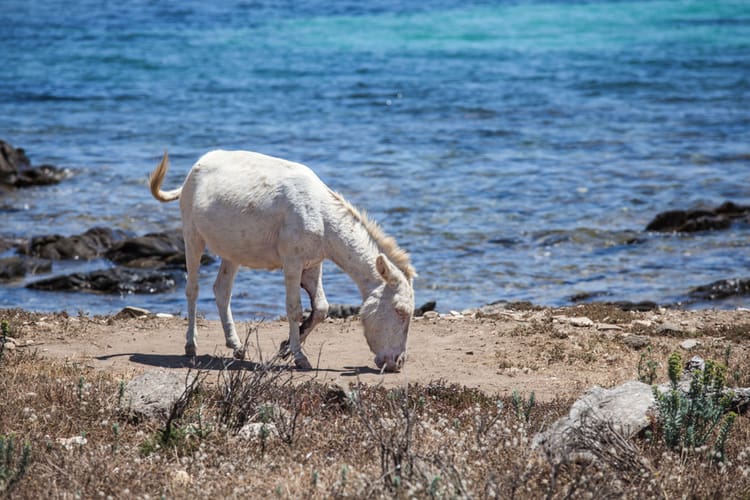 Aspromonte National Park is a national park that blends nature with history. The park includes a southern area of the Apennines mountain range. The diverse landscape – mountains and forests extending to the coast – give it lots of plants and animal species.

Hiking is a popular tourist activity at the park with routes leading to incredible natural scenery and ancient villages still living traditionally. 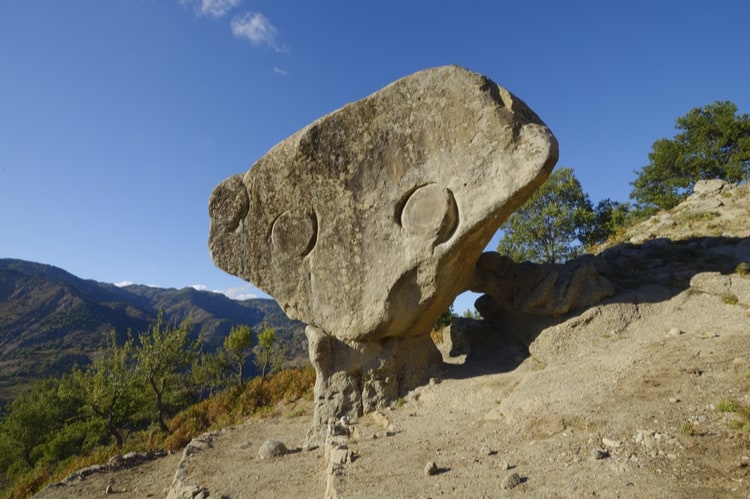 Vesuvius National Park centers around Mount Vesuvius, an active volcano famous for the destruction of Pompeii. It’s the only active volcano on the mainland of Europe and also includes the inactive Monte Somma within the park.

Hiking Mount Vesuvius is the main attraction of the park. Reaching the summit is a steep hike but gives breathtaking views of the nearby city of Naples and the bay.

Volcanic soil creates the perfect ecosystem for hundreds of plant species and wildlife, visible along the journey up the mountain. 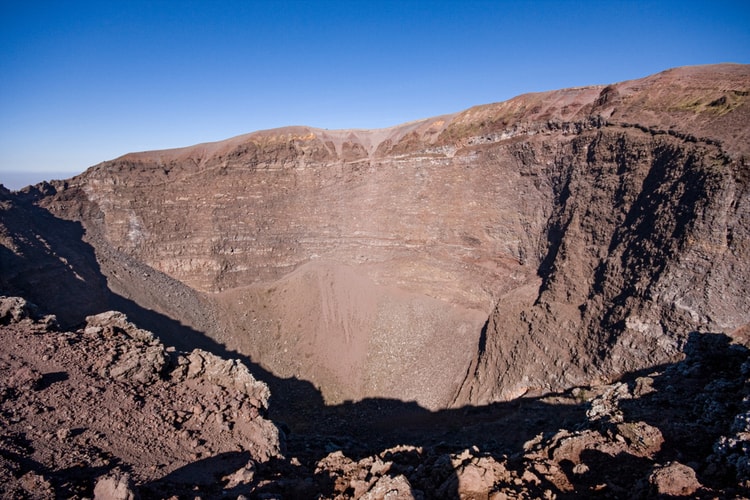 The national park was established in 1994, including land and sea around the La Maddalena archipelago. There are several trails within the park full of lush greenery.

Experiencing the natural beauty of the islands is the main draw for visitors. Some of the top activities to do here include horseback riding, boat trips, and checking out the islands’ historical sites. 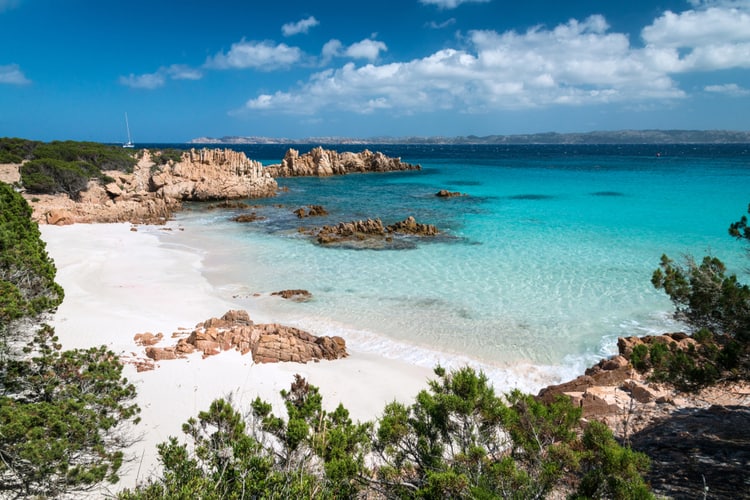 Majella National Park is one of Italy’s most beautiful parks, encompassing the entire Majella massif as well as surrounding forest areas. It’s a great example of a well preserved Apennine ecosystem, leading to vast diversity in the flora and wildlife.

The park includes multiple visitor centers, each dedicated to a particular park feature. There are several hiking trails throughout the mountains.

Some of the top sights in the park include cave paintings, an old monastery, and the Grotta del Cavallone, Europe’s deepest cave. 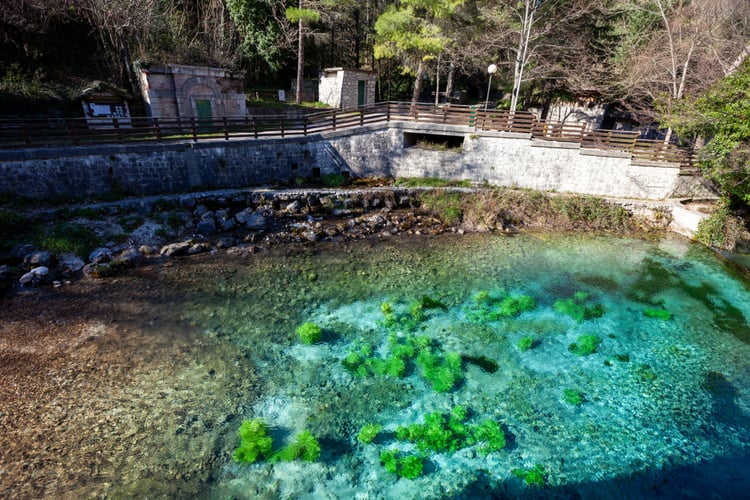 Alta Murgia National Park is a unique park located in southern Italy. Differing from most of the other national parks in Italy, the park includes more than just beautiful nature.

Alta Murgia National Park is one of the last remaining examples of a Mediterranean steppe. It is characterized by open fields, high hills, valleys, and a forested area.

Some of the popular destinations in the park include the Castle del Monte and a valley of the dinosaurs, where visitors can see tens of thousands of real dinosaur footprints. 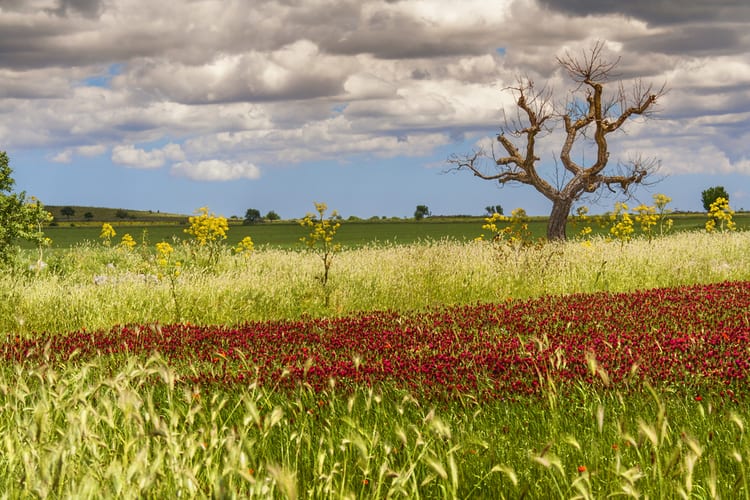