There are a total of 47 national parks in Norway, established for land protection of must-see natural landmarks and unique natural landscapes. Much of Norway’s landscape includes icy regions covered with Glaciers and mountainous areas, creating a natural habitat for rare arctic animals protected within the parks. The national parks in Norway give visitors gorgeous scenery and access to adventurous recreational activities to enjoy.

Breheimen National Park is home to some of the most massive glaciers in Norway. The park includes a section of the Breheimen mountain range, designated in 2009. The park is a destination for glacier treks or taking in the scenic views of the mountainous landscape.

Breheimen National Park, whose name translates to ‘home of the glaciers’ includes the notable Harbardsbreen and Spørteggbreen glaciers. Evidence of early human presence in the region was discovered within melted glacier ice.

The park has an advanced visitor center with a glacier museum, providing visitors with an interactive experience for learning about the landmarks. 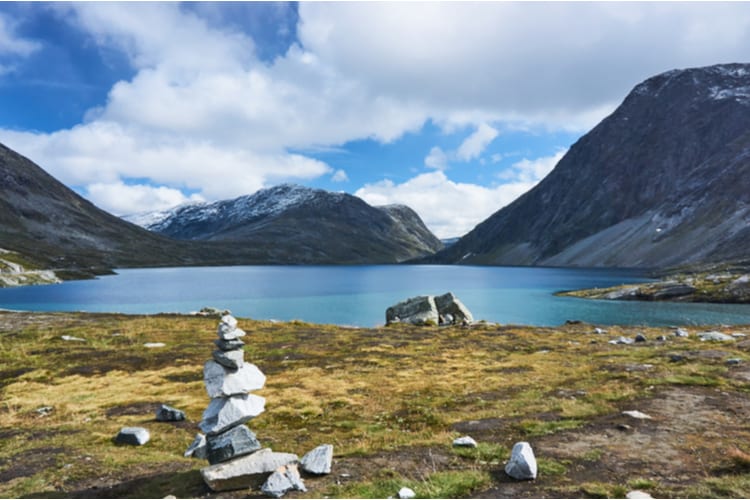 The former Dovrefjell National Park expanded in 2002, becoming the Dovrefjell-Sunndalsfjella National Park. The park includes a large section of the Dovrefjell mountain range and other surrounding landscapes. The park established to preserve the alpine ecosystem, home to diverse wildlife, plant life, and natural landmarks.

One of the centerpieces of the Dovrefjell-Sunndalsfjella National Park is Snøhetta, one of the highest mountain peaks in Norway. The park also contains several endemic and rare animal species, such as reindeer, wolverines, musk oxen, and arctic foxes.

Some of the popular outdoor activities at Dovrefjell-Sunndalsfjella National Park for visitors include hiking, skiing, and camping. 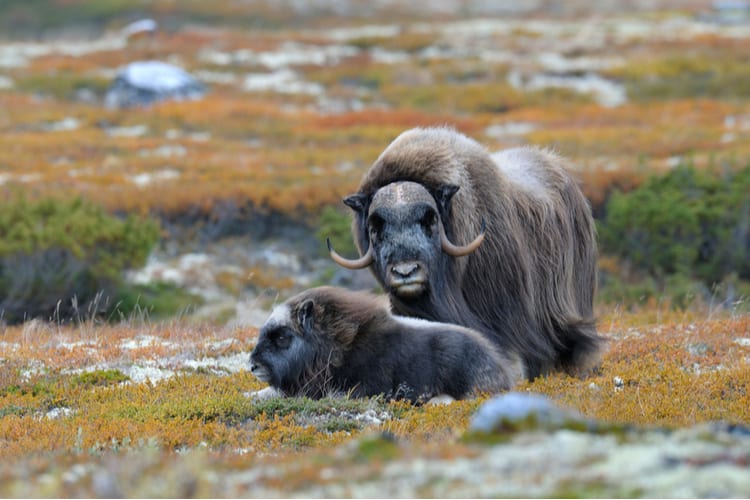 The southern region of Spitsbergen island contains important bird reserves and sanctuaries, designated in 1973 as the Sør-Spitsbergen National Park for the preservation of the area. Birds are a vital part of the island’s ecosystem for maintaining the flora and other vegetation. It’s also a common breeding ground for the birds.

Sør-Spitsbergen National Park is an excellent destination for bird watching or exploring the ice-covered landscape. Visitors can explore the insides of naturally-formed ice caves, see arctic animals, or take guided tours throughout the region.

Visit Jotunheimen National Park for some of the best hiking and fishing destinations in Norway. Established in the Jotunheimen mountains in 1980, the park includes Norway’s highest peaks. The highest peak, Galdhøpiggen, is the tallest in Norway and all of Northern Europe. It makes for adventurous hikes and magnificent scenery in the entire park.

Glaciers shape the landscape included within the Jotunheimen National Park, including formations such as valleys, lakes, waterfalls, and more. Visitors can hike up the towering peaks or explore the grassy terrain in the park’s lower elevations. Some of the common wildlife in the park are reindeer and lynx. 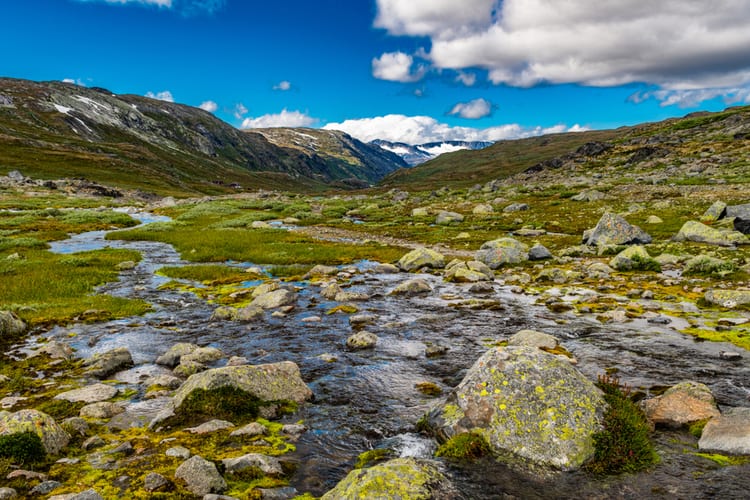 Hardangervidda National Park covers a region of the Hardanger mountain plateau, one of the largest in Europe. It’s Norway’s largest national park and a popular destination for recreational activities, including hiking, fishing, cycling, canoeing, skiing. The park also permits hunting.

The gorgeous landscape of the Hardangervidda National Park is well developed for tourism. It includes designated paths for enjoying the range of activities here. Some of the sights within the park include the largest herd of wild reindeer in the world and archeological sites dating back to the Stone Age. 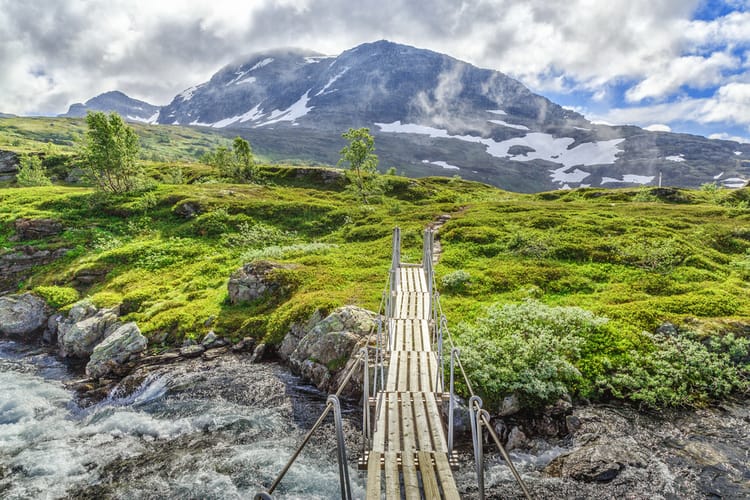 The oldest national park in Norway is the Rondane National Park, established in 1962. The park encompasses a region of the Rondane mountain range, which includes some of the highest mountain peaks in the country. The vast landscape, carved out by glacier activities, has peaks, valleys, rivers, and more, open to the public to explore.

Rondane National Park is well known for its wild reindeer population. Tourism is well established in the park, providing marked trails to popular viewpoints and also cabins for overnight stays. Some of the top activities include hiking, camping, and licensed fishing. 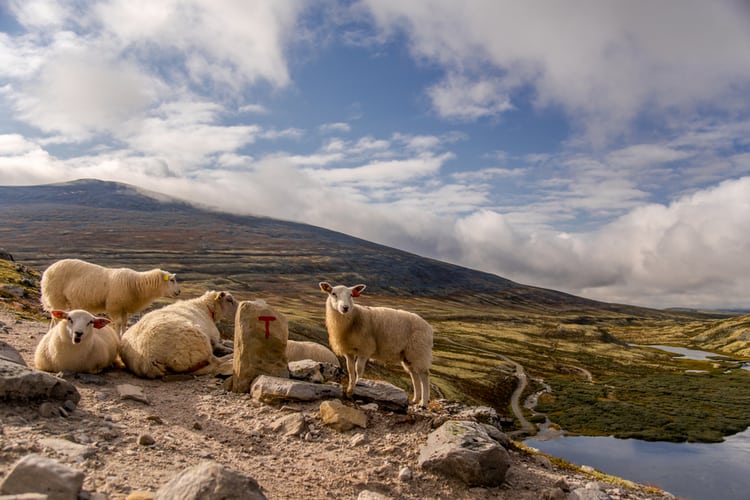 Forlandet National Park established in 1973 for the preservation of the landscape and the natural bird habitat on the Svalbard archipelago. The high latitude of the park makes it one of the northernmost in Norway, and in the world, nearing the North Pole.

Forlandet National Park includes land areas of the island and surrounding marine areas. There are six bird sanctuaries designated for breeding, which is the largest number in the region. The national park also holds large populations of stone seals and common guillemot. Evidence of the earliest hunters and whalers in human history remains in the park. 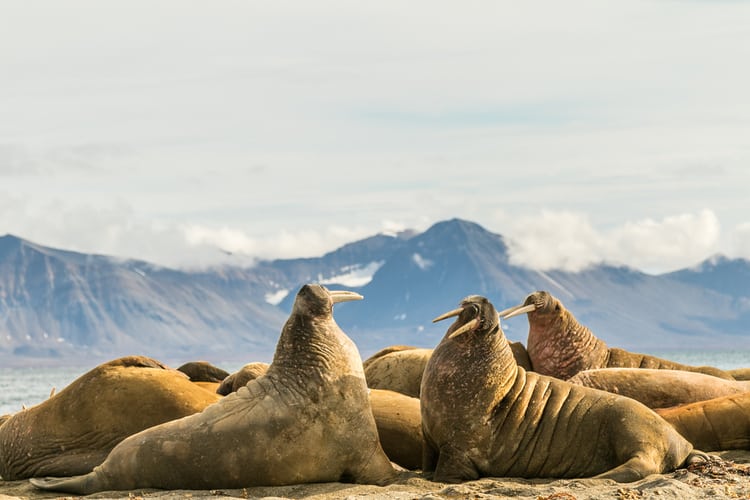 Femundsmarka National Park borders the Femunden lake, the third-largest in Norway. The park, established in 1971, includes a region predominantly consisting of lakes and marshes, along with some forested areas. It’s an excellent visitor destination for canoeing, sport fishing, and hiking.

Femundsmarka National Park serves a purpose of lake protection, an essential part of the region’s ecosystem. The abundant wildlife thriving in the park includes musk oxen, reindeer, and a widespread falcon habitat.

The park is best explored via boat or on foot. Ferries are available to cross Femunden lake and roads are scarce within the park area. 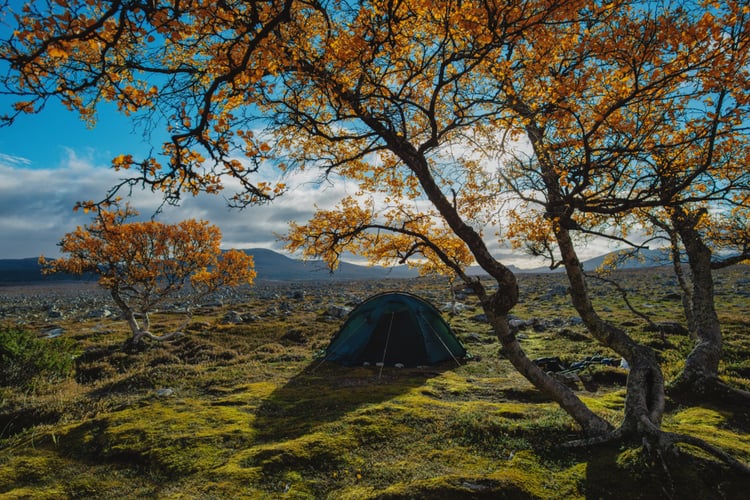 The massive Jostedalsbreen glacier is the highlight of the Jostedalsbreen National Park and the largest on the mainland of Europe. The national park is in western Norway and established in 1991.

Jostedalsbreen National Park welcomes hundreds of thousands of visitors every year to experience the glacial landscape. A majority of the landscape features several other glaciers that are just as exciting to see. Some of the top activities at the park include snowshoe hikes, ice cave exploration, and walking across frozen lakes.

The park includes a visitor center and three museums containing the history of the glaciers and other public facilities. 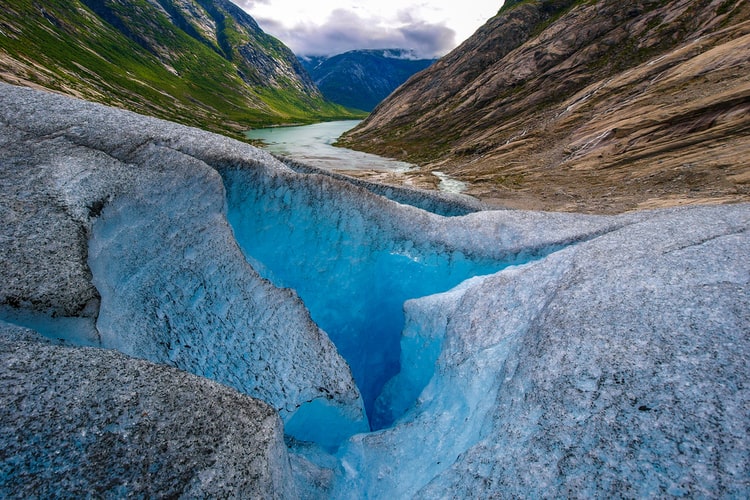 Folgefonna National Park is on the Fogefonna peninsula and home to Norway’s largest ice cap. Folgefonna consists of three glaciers, two of which are among the largest in the country. The ice-covered terrain is mountainous, suitable for glacier hikes and incredible viewpoints overlooking the valleys and lakes below.

Folgefonna National Park established in 2005. Due to the extreme cold climate, only select species of birds and flora can survive within the park. There are many naturally-formed ice tunnels that visitors can explore during guided tours. 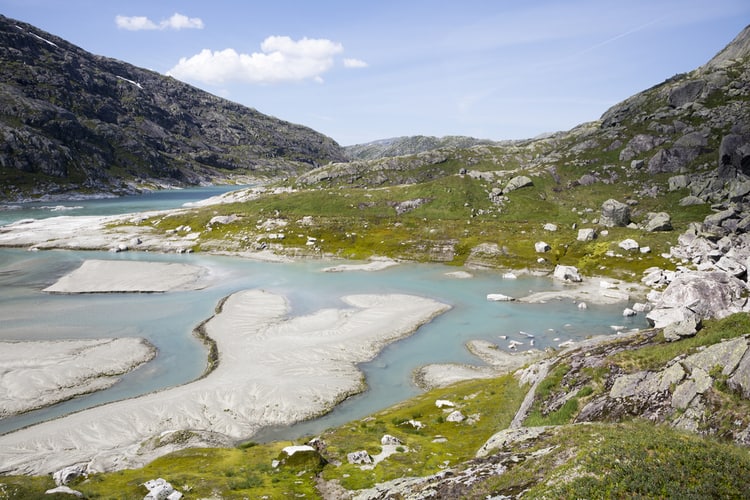 Blåfjella-Skjækerfjella National Park holds one of the largest continuous wilderness areas in Norway. As one of the country’s largest parks, it features a very diverse landscape, relatively untouched by human development. The vast nature makes it a beautiful park for sightseeing and recreational activities.

The landscape of the Blåfjella-Skjækerfjella National Park includes mountain peaks, forested valleys, lakes, and more. The variety also extends to the plants and animals living within the region – the park has everything from coastal to alpine plants and more than two dozen mammal species.

Raet National Park is the first protected marine area in Norway. The park, established in 2016, consists of a coastal region in southeastern Norway. A majority of the park is the marine area, but also extends partially inland, which includes local villages. 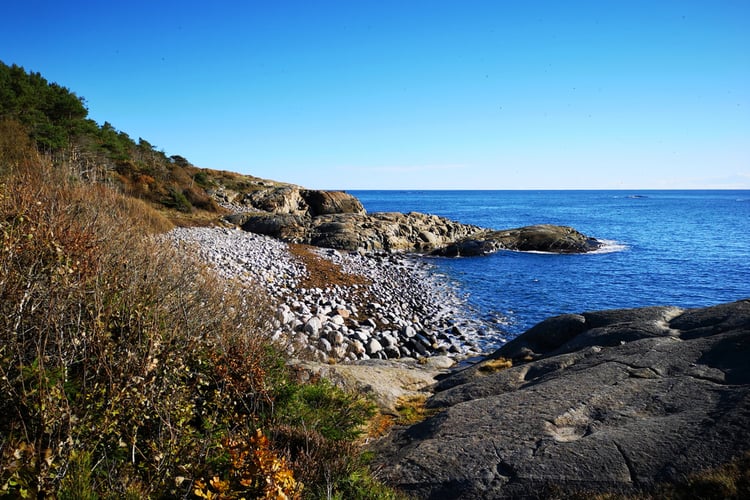 How many national parks are there in Norway?

There are 47 national parks in Norway, located on the mainland and Svalbard.

What is the largest national park in Norway?

Hardangervidda National Park is the largest national park in Norway, with an area of more than 3,400 kilometers.