The National Parks in France are managed by an organization that also includes the French Territories. The parks protect areas ranging locally with the French Alps to the Amazon Rainforests in French Guiana.

France has some of the most beautiful parks in the world and they are open to the public who can experience the natural scenery and wildlife that are living within the protected areas.

Vanoise National Park is located in the French Alps, bordering Italy. It’s connected to a twin park in Italy to make up the largest national park in the Alpine. The park was established in 1963, making it the first national park in France.

Visitors enjoy Vanoise National Park for day hikes. The park has several trails, some defined and other backcountry routes that provide fantastic views over the landscape and wildlife sightings. 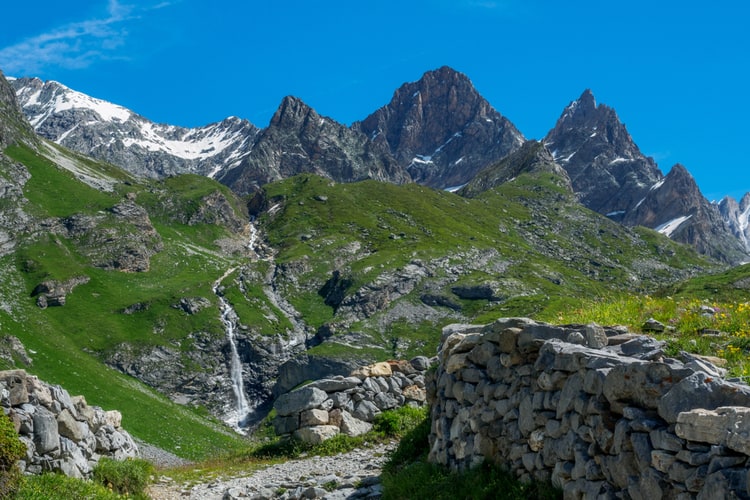 Port-Cros is an island located off the coast of France in the Mediterranean Sea. The Port-Cros National Park was established in 1963 to protect the land and surrounding water of the island and other neighboring islands. These islands represent beautiful, untouched land with highly regulated tourism to preserve it.

Port-Cros National Park receives visitors daily via ferries from the mainland. The island has a lot of scenic beauty with clean beaches and clear, blue waters – visitors can relax on one of three beaches or explore the island on foot to explore the diverse flora. It’s an excellent destination for catching the sunset. 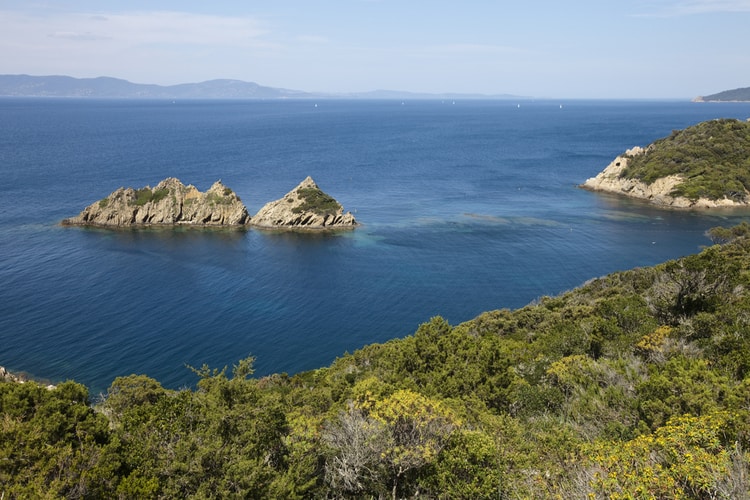 Known for its beautiful scenery and mountains, the Pyrénées National Park is one of the premier parks in Southwestern France. The park shares a border with Spain and extends to the Pyrénées – Mont Perdu World Heritage Site.

Pyrénées National Park has a diverse landscape, including mountains, valleys, forested areas, lakes, and rivers. Visitors enjoy the park for outdoor activities – hiking, mountain climbing, cycling, and skiing are some of the top activities.

The park is also a popular destination for research. The landscape makes it a very bio-diverse region of France with 70 mammals and abundant plant life.

Cévennes National Park is in southern France in the Cévennes region. The region is very mountainous, encompassing a large part of the park’s protected area. The national park was established in 1970 and now included as part of a UNESCO World Heritage site for its cultural and historical significance to France.

Several landmarks are found in Cévennes National Park – The Aven Armand limestone caves and the Arboretum de Cazebonne, a preserved area with lots of trees. The highest peak in the park is Mont Lozère, with a height of approximately 1,700-meters.

Cévennes National Park has lots of scenic roads for driving and biking. It’s a popular destination for camping, kayaking, and rafting in the Tarn River.

Hundreds of thousands of visitors come every year to the Écrins National Park. Established in 1973, it’s grown to one of the most popular parks for visitors, known for beautiful scenery, camping, and culture.

Écrins National Park is in the mountainous region of Southeast France. The park includes the Barre des Ecrins summit of the French Alps, the park’s highest point. Other landscape features include glacier fields, valleys, woodlands, and alpine pastures.

Road wind throughout the Écrins National Park for scenic drives. Several small French villages welcome tourists. Other activities to enjoy in the park include hiking trails and camping.

The Mercantour National Park consists of a protects area of the French Alps. The park is one of the most visited national parks in France, with over 800,000 tourists every year. The park established in 1979, consisting of an uninhabited zone full of natural landscapes and habited areas with small local villages.

The entire Mercantour National Park has beautiful scenery for incredible views. Some of the points of interest include the Valley of Marvels and the Cime du Gélas, one of the highest peaks in the region.

Mercantour National Park includes over 150 rural sites, ancient rock art, and plenty of hiking routes for things to do. 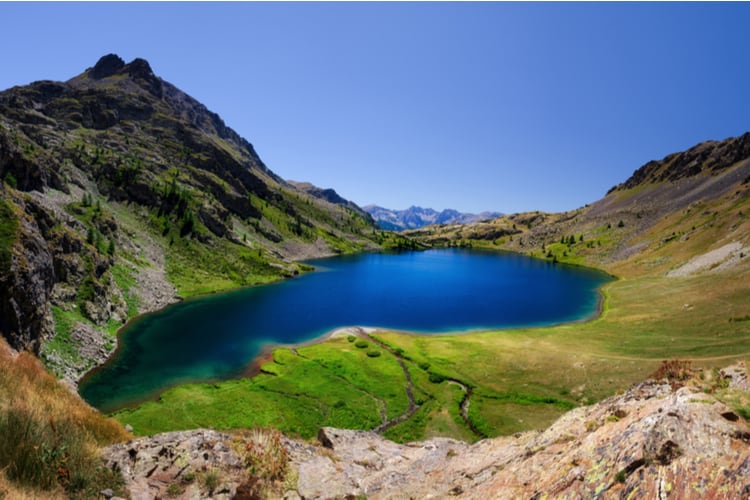 Calanques National Park established in 2012. It’s become a popular tourist destination for rock climbing and sightseeing. Some of the notable landmarks within the park include the Calaque de Sormiou, the largest calaque, and the Cosquer Cave, with an underwater entrance.

Visitors can enjoy Calanques National Park for hiking, boat trips, or lounging on the beaches. 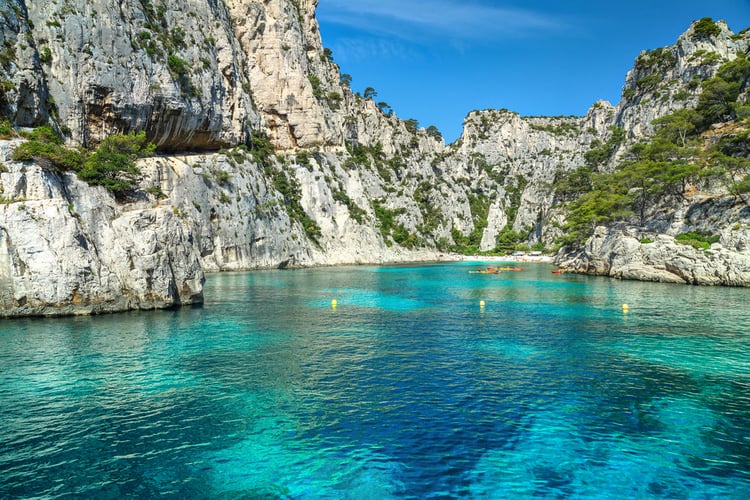 France continues to strive towards preserving the biodiversity in the country, namely, with the newest edition of the Forêts National Park to its protects areas. The Forêts National Park established in late 2019, located in Northern France’s Langres Plateau. The park covers an area of 965 square miles, making it the largest park in France.

Forêts National Park consists of forest and countryside. It’s a habitat for rare plant species and wildlife such as wild cats, black storks, and more. It’s recognized for its cultural significance thanks to the archaeological sites and ancient trees still standing in the park.

Visitors to Forêts National Park can enjoy activities such as hiking and kayaking.

Guiana Amazonian Park is a French National Park located in French Guiana, a country in South America. It’s one of the largest national parks in the world with an important purpose of preserving the Amazon Rain Forest. It achieved national park status in 2007 and remains highly regulated for tourism to preserve the natural resources and ecosystem.

Guiana Amazonian Park has specified areas designated for tourism. Many of the popular things to do in Guiana Amazonian Park immerse visitors into the world of the Amazon. Saül village is a small, native village with access to hiking trails. Visitors can also swim and canoe in Memora Creek.

The park is very remote, only accessible by plane or boat.

Guadeloupe National Park is one of the few French national parks located outside of the country. It’s on the island of Basse-Terre in Guadeloupe, a territory of France. The park was created in 1989 and shortly after, recognized as a UNESCO Biosphere Reserve.

Guadeloupe National Park mainly consists of tropical forests with some mountainous areas. Some of the popular destinations for visitors to the park are La Soufrière, an active volcano, and also the park’s highest point, Carbet Falls, and the Grand Cul-de-Sac Marin Nature Reserve.

Hiking is one of the main attractions for tourists, with trails leading throughout the rainforests to reach views of the volcano and waterfalls. 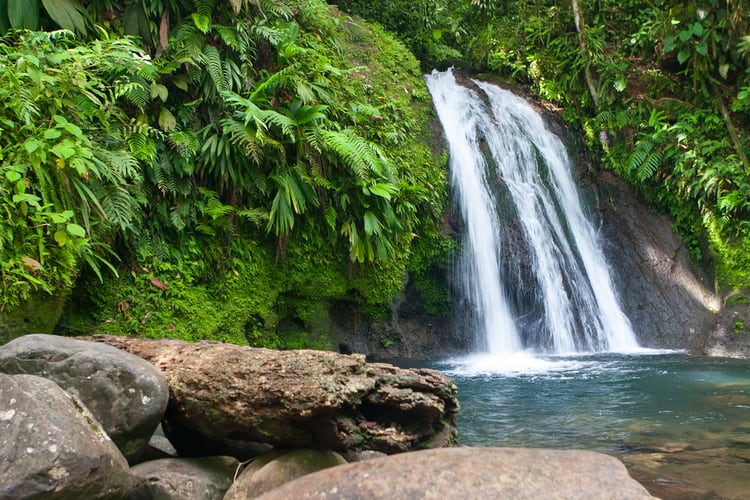 Réunion Island is located off the coast of Madagascar and is one of the French Territories. The main tourist attraction of the island is the centrally located Réunion National Park, covering nearly half of the island. The park established in 2007 to protect the interior mountainous region called Les Hauts.

Réunion National Park preserved the biodiversity of the island. Its remote location created many native species of plants and animals. The park’s landscape includes areas of tropical forests and mountains. It’s home to landmarks designated as UNESCO World Heritage Sites.

The visitor center provides information about the park and points of interest. Hiking and mountaineering are popular for tourists visiting the park.

What is the largest national park in France?

The largest national park in France is the Forêts National Park, with an area of 965 square miles. The Guiana Amazonian Park is the largest French National Park but located outside of France in French Guiana, in South America.