Alaska is known for its natural beauty, having most of its land area untouched by human development. Today, a lot of these areas are preserved and kept as natural parks. Alaska has some of the best natural parks in the world, filled with natural landmarks, wildlife, fauna, and adventure for travelers around the world.

Glacier Bay is one of the most popular natural parks in Alaska. Established in 1925, it covers an area of over 3-million acres. It attracts hundreds of thousands of visitors every year, with most people arriving via cruise ships.

Glacier Bay developed over many centuries by glaciers moving over the landscape. It led to the creation of landmark lakes, valleys, fjords, and more to discover when you visit the park.

Visitors come to the park for breath-taking views and outdoor activities, including kayaking, fishing, hiking, and sport hunting. You can learn more about the park; it’s history and points of interest with detailed commentary from park rangers.

Glaciers still play an active role in shaping the landscape, with peaks reaching over 15,000-feet. From the snow-capped mountains to the lush green rainforests, Glacier Bay National Park has it all. Visiting Glacier Bay is one of the most popular things to do in Juneau for a day trip or weekend adventure. 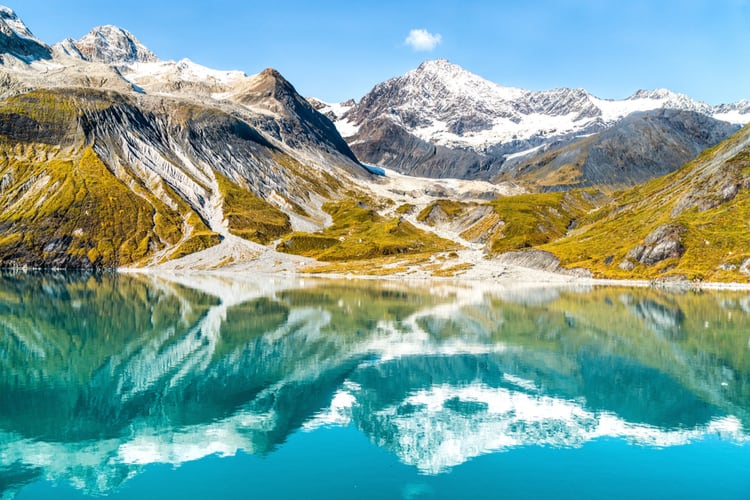 Katmai National Park immerses visitors into Alaska’s wildlife. It’s the home of thousands of Brown Bears, attracted by the abundance of salmon. One of the most popular activities is to watch the bears catching the salmon leaping from the Brooks River. It’s especially popular during the salmon migration period upstream.

Established in 1918, Katmai has grown to encompass an area of more than 4 million acres. The park has a mix of active and dormant volcanoes, with a total of 18 volcanoes, including the namesake Mount Katmai.

One area, in particular, is the Valley of Ten Thousand Smokes, a once lush green valley destroyed by a massive volcanic explosion. It’s now a favorite destination in the park to see the layers of volcanic rock and steaming smoke emerging from the ground.

Katmai National Park is a top national park in Alaska for nature watching and water activities such as kayaking and fishing. 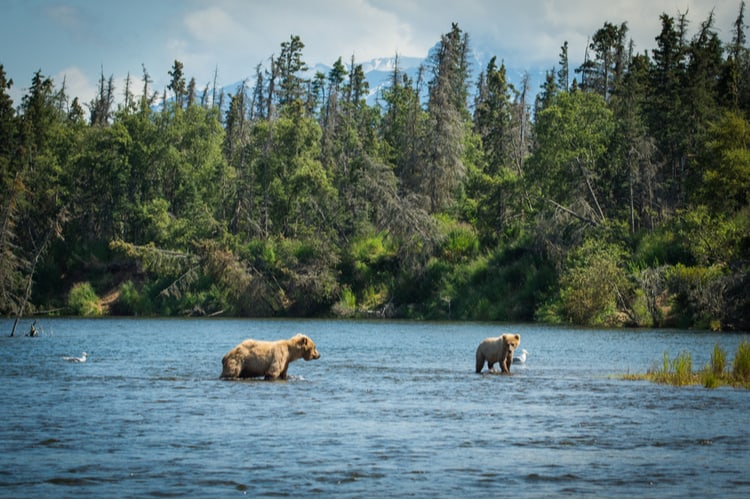 The Kenai Fjords National Park is a unique park almost entirely covered by ice fields. It’s home to the Harding Icefield, an extensive stretch of land completely covered by ice. The highlight of the park is the countless fjords found in the icefields.

The fjords are evidence of substantial glacier activity in the region that continues to carve the landscape. The most popular glaciers are the Exit Glacier, one of the most accessible in the park, and Bear Glacier, the largest of 38 glaciers.

One of the best ways to experience the Kenai Fjords National Park is by ship. It’s a popular destination for cruise ships. Tour guides climb aboard the ships to give visitors lots of information about the park’s history and point out photo-worthy marine life. The park includes animals such as whales, bears, moose, sea lions, and a variety of birds.

It’s also a lovely place to include on your Alaska summer itinerary. 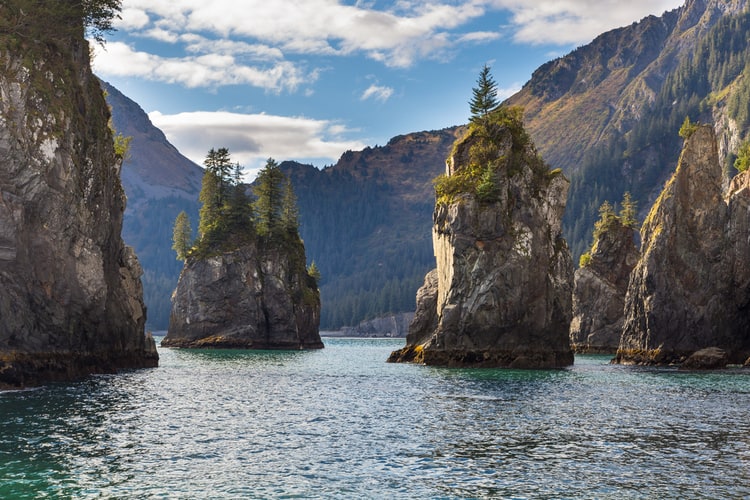 Lake Clark is an official national park and national monument in Alaska, declared in 1980 to preserve the massive lake and surrounding ecosystems. It’s one of the most remote national parks in Alaska – it’s only accessible via boat or plane – but worth the trip for anyone who visits.

The park’s more than 4 million acres include a variety of landscapes ranging from glaciers to volcanoes to waterfalls and rainforests. It’s a popular destination for recreational and leisure activity. The abundance of salmon attracts lots of bears, making it an excellent place for bear watching.

Other activities include sport hunting, fishing, and camping in the park. There are even native settlements that live within the park. Lake Clark national park is picturesque with an untouched landscape that sees very few visitors compared to other parks in Alaska. 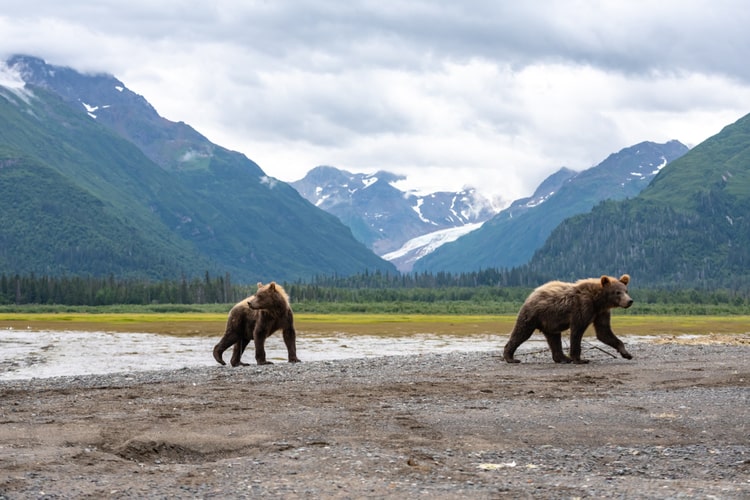 Established in 1980, the Wrangell-St. Elias National Park has record-breaking landmarks and features. It’s more than 13 million acres big, making it the largest National Park in Alaska. The area includes over half of the state’s ice-covered land area.

The Wrangell-St. Elias National Park is the largest wilderness in the US. Sport hunting is permitted in designated areas of the park, excluding the adjacent reserve. It was formerly a major mining district that is now designated as a National Historic Landmark District to preserve the history.

The park is partially named after Mount St. Elias, the second-highest peak in the US and Canada. The cold temperatures through this region in Alaska created some of the largest tidewater glaciers and valley glaciers.

The park also includes a visitor’s center, which features exhibits and multimedia about the Wrangell-St. Elias National Park. 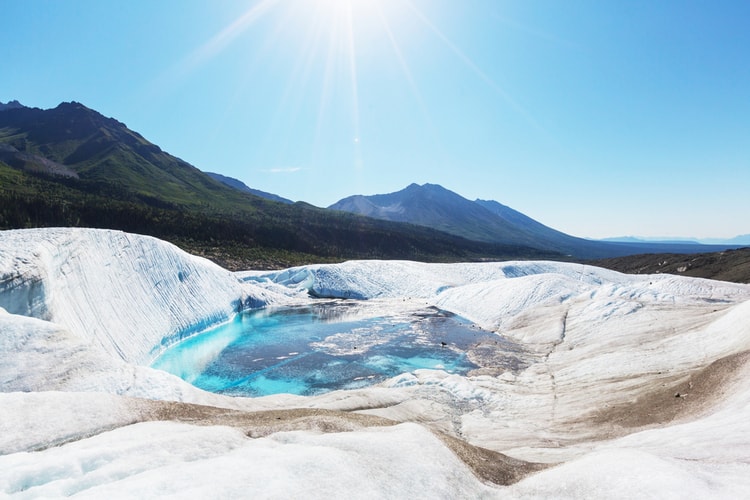 Denali Mountain is an iconic symbol of Alaska and the highest mountain in all of North America. Denali National Park was established in the land around the mountain, stretching more than 6-million acres. The park includes diverse landscapes of glaciers at the higher elevations and forests covering the lowest elevations.

The park is very accessible by vehicle, with Denali Park Road winding through most of the park. Some of the favorite activities include winter sport such as skiing, dog sledding, and snowmobile riding – not to mention the incredible views of the landmark mountain. You can also go backpacking in Denali national park.

Denali National Park is one of the most visitor-friendly parks in Alaska. It features a visitor’s center to welcome you to the park. It also includes a learning center, camping sites, a restaurant, and even an airport. More than half-million people visit the park every year. 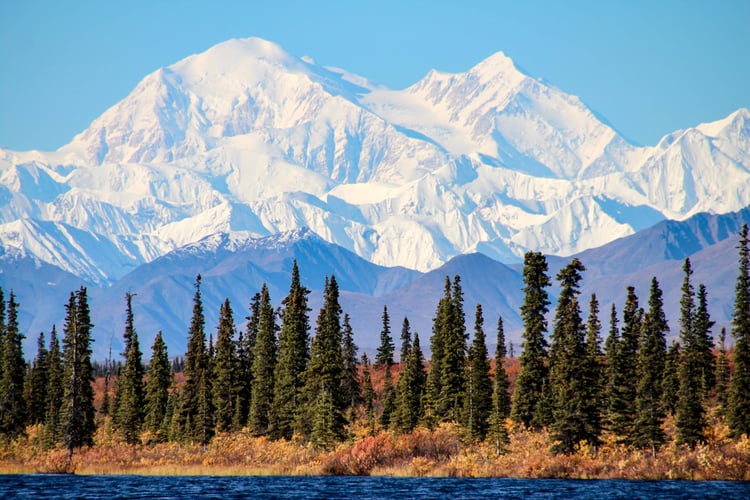 Venture to one of the most northern regions in Alaska to reach Kobuk Valley. Kobuk Valley is in the northern Arctic region, characterized by subarctic climate and landscapes. It’s subject to extreme cold temperatures and can get snow even in the summertime.

The Kobuk Valley national park was initially established to preserve the Great Kobuk Sand Dunes, towering as high as more than 100-feet. It also includes a popular migration route for caribou. Other wildlife also lives throughout the park’s regions, including large and small mammals.

Although the extreme weather of the park, it’s still a favorite destination for adventurous visitors. No roads or trails are leading to the park, only accessible via taxi or flying. Kobuk Valley is open to the public for camping, hiking, backpacking, boating, and other winter activities. The beautiful aurora borealis is also visible from the park. 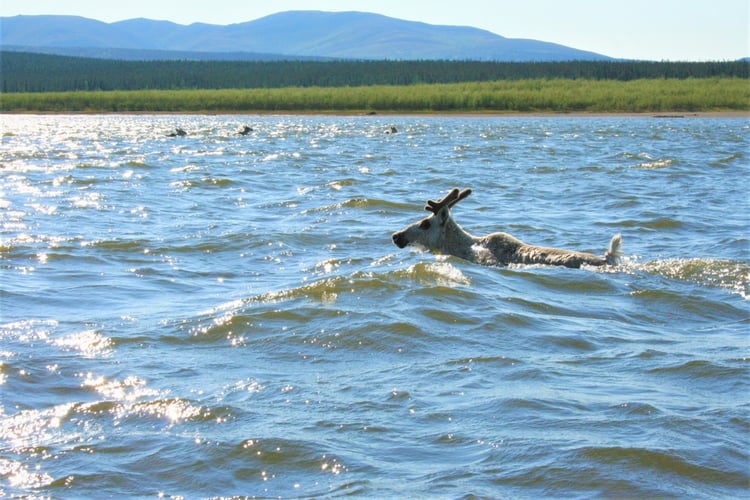 Gates of the Arctic

The remote location of the park is not easily accessible, having no roads or trails throughout the park. It’s one of the least visited parks, but those daring enough to visit can enjoy camping, sport hunting, and other recreational activities.

The Gates of the Arctic national park is the perfect habitat for wildlife, featuring diverse fauna such as brown bears, wolverines, golden eagles, and an abundance of caribou. It’s a popular location for animal migration that historical nomadic tribes lived off of. 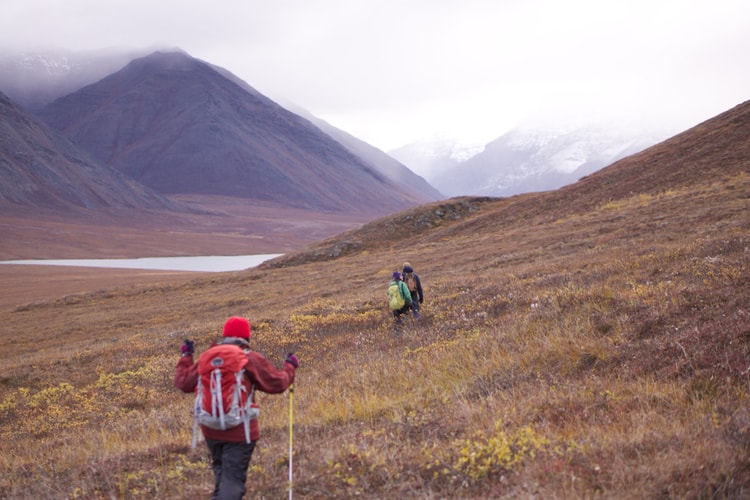 Alaska has eight national parks, the second-most in the United States after California (9).

What is your favorite national park in Alaska? Leave a comment below!