California is home to the most national parks in the US. The diverse landscape and historical landmark sites lead to a variety of parks for exploration and preservation of their cultural significance. Millions of people visit California’s national parks every year to witness their beauty and exciting activities year-round.

One of the best ways to explore is by renting a car or campervan. There are plenty of options for motorhome rentals in California and it allows you to get off-the-beaten-path and discover more of the Californian national parks.

Hundreds of thousands of people visit the national park every year to see more than 2,000 species of plants and animals. The park has 145 native species, such as deer mouse, spotted skunks, island fence lizards, and the Channel Islands foxes. The rich marine life includes the massive blue whale during certain seasons. 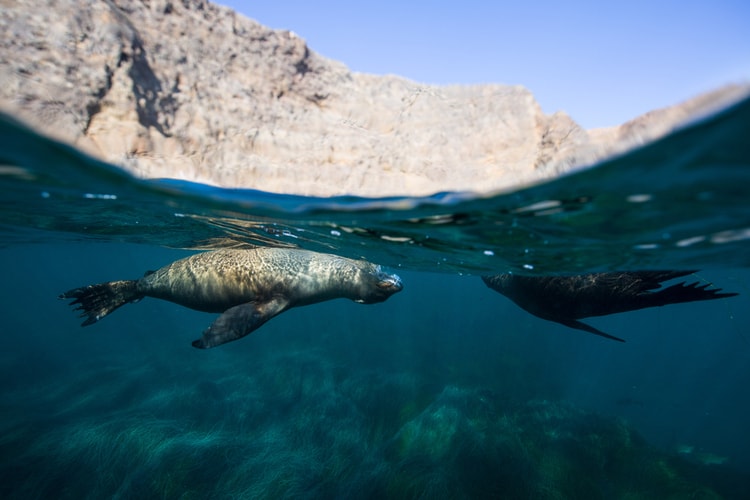 Death Valley National Park is named after Death Valley, considered one of the hottest places on Earth. With more than 3 million acres designated as the national park, it’s the largest within the continental US. Other notable natural landmarks included within the park are the Mojave Desert, canyons, mountains, and dunes.

Most of the Desert Valley National Park is wilderness, where you’ll discover desert animals such as bighorn sheep and coyotes roaming wildly.

Death Valley National Park attracts over one million visitors annually. Roadways throughout the park make it accessible for road trips for sightseeing or off-roading in the vast desert. There are several designated campgrounds within the park.

The park’s visitors center includes access to tours and exhibits about the park’s geology and history. 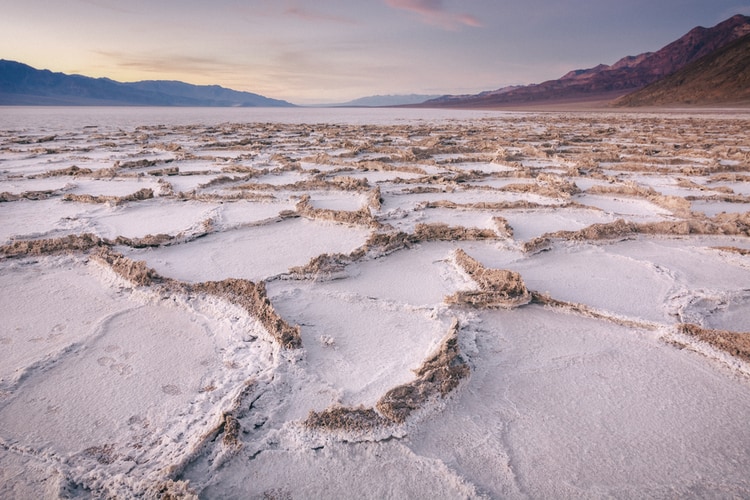 Joshua Tree National Park is most famous for the iconic Joshua Trees, native to the region. Located outside of LA, the park is made up of sections of the Mojave Desert and the Colorado Desert. The Little San Bernardino Mountains is also included within the designated park area.

Joshua Tree National Park is one of the more popular national parks in California, visited by millions of people every year. The park gives a variety of camping experiences ranging from modern campgrounds with developed facilities or backcountry camping for those more adventurous.

The park is a favorite place for rock climbing and hiking, with established trails. There are also several lookout points to see landmarks, including the San Andreas Faults or as far as the city of Palm Springs. 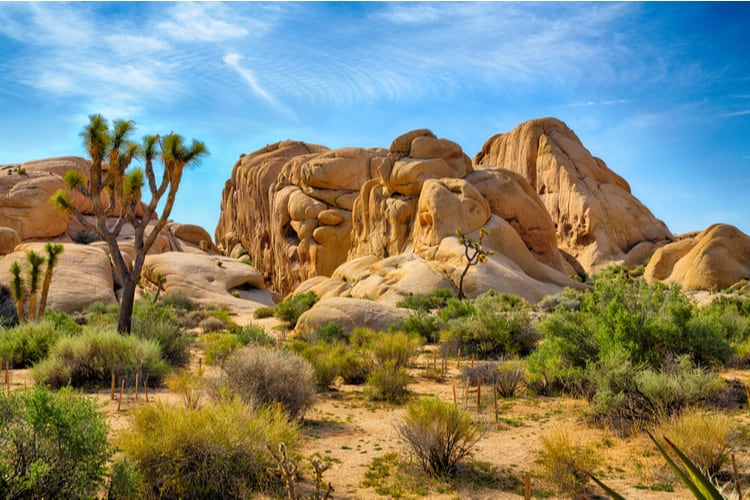 Kings Canyon National Park is home to the second-largest tree in the world and the landmark Kings Canyon. It was initially established in 1890 to protect the areas unique sequoia trees but later expanded to its current size in 1940, now I gliding the canyon.

Kings Canyon National Park has a very diverse landscape. Kings Canyon is a valley more than one mile deep, carved out by historical glacier activity. Other land features include mountains, meadows, rivers, and forests.

The most visited area of the park is called Grants Grove. The section is developed with visitor facilities such as lodging and a restaurant. Popular recreational activities in Kings Canyon National Park are hiking, camping, and water activities. 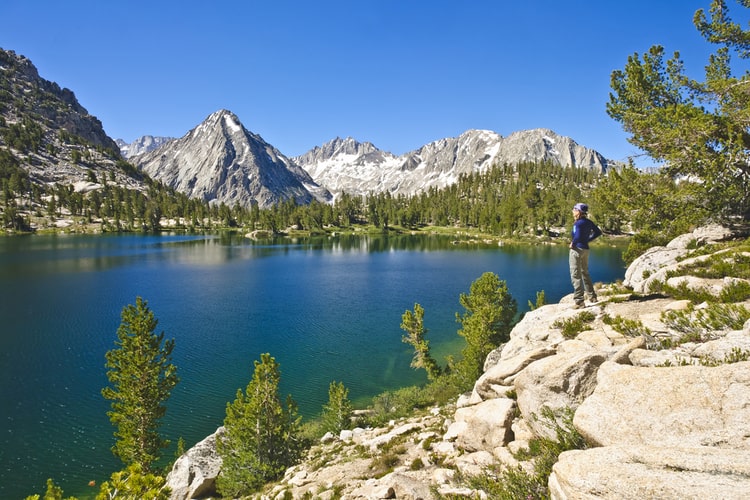 The Lassen Volcanic National Park is an ideal destination for volcanic-lovers and research. Located in California’s northeastern region, the park is home to the namesake Lassen Volcano – the world’s largest plug dime volcano – and also includes one of every other type of volcano.

Volcanos remain active and surrounded by hot springs and mud pots. The park features lots of other natural landscapes from lava plateaus to snowfields. There are a rich flora and fauna within Lassen Volcanic National Park.

Lassen Volcanic National Park is very accessible to the public with multiple highway routes and wilderness trails leading to and through the park. The park includes a visitor center and attracts a half million people every year. 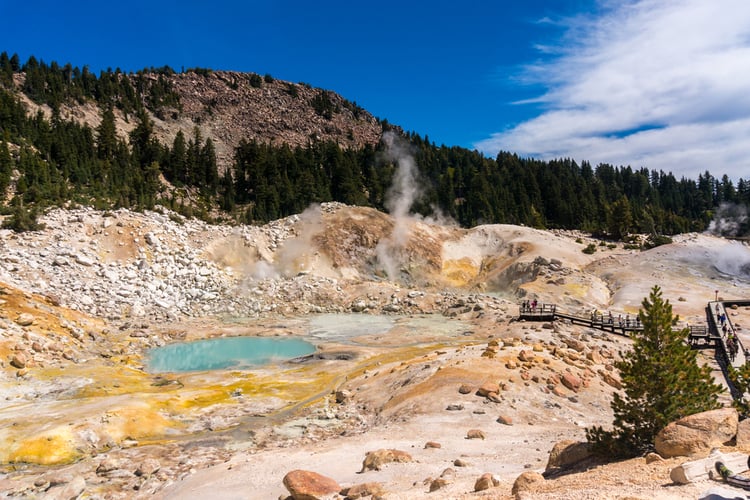 Central California is full of pinnacle rocks, designated in 2013 as the Pinnacles National Park to preserve the formations in this mountainous region.

Thanks to the abundance of rock formations throughout the park, it’s a growing destination for rock climbing and cave exploration.

Pinnacles National Park only contains walking and hiking trails to navigate the interior. Visitors can hike the trails leading up to viewpoints of landmarks such as the San Andreas Fault or beautiful flowerbeds during certain seasons.

The pinnacle rock caves are open to public exploration and home to more than 13 species of bats. Other rare birds found within the park include California condors, typically released here into the wild, and prairie falcons. 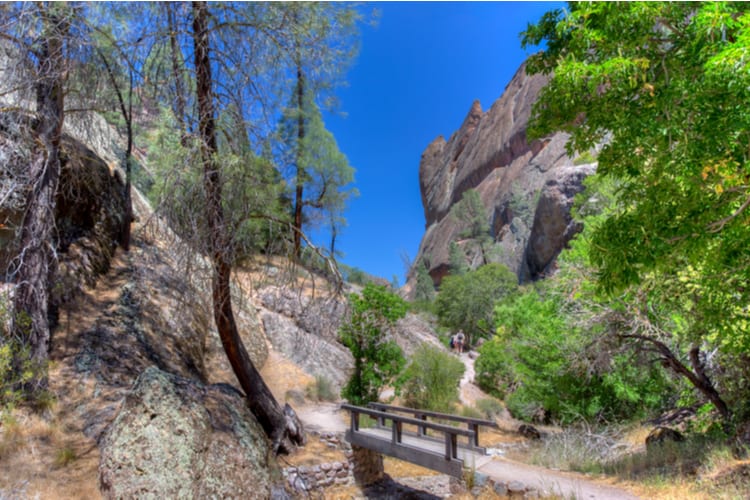 The Redwood National Park was established in 1968 to preserve the deforestation of redwood forests. Located in Northern California, redwoods originally covered more than two million acres, but now cover only 139,000 acres. The park contains some of the largest and oldest trees in the world.

Several national and state parks make up the Redwood National Park. It is also designated as a World Heritage Site because of its cultural significance.

Human activity and traffic to the park are highly regulated to aid in the preservation efforts. There are several campsites and hiking trails, many of which only accessible on foot. Redwood National Park includes three visitor centers, where visitors can find guided tours and nature walks throughout the park. 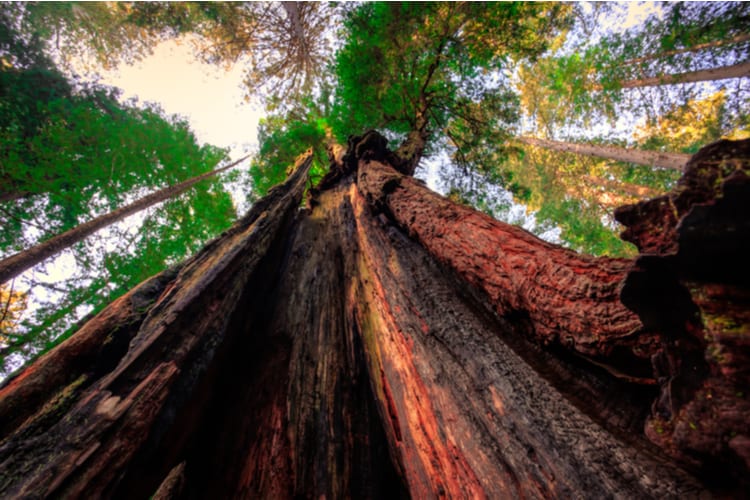 Sequoia National Park is located next to Kings Canyon National Park to extend the protection of this forested mountainous region. The park welcomes over one million visitors to see its many iconic sights.

Sequoia National Park contains several highlights – General Sherman Tree, the largest tree in the world, and Mount Whitney, the highest point in the continental US. Other points of interest in the park include Tokopah Falls, Crescent Meadow, and the Giant Forest museum full of history of the green giants found within the park.

Several trails lead to the top sites in Sequoia National Park, making it an excellent destination for hiking, camping, fishing, and backpacking. 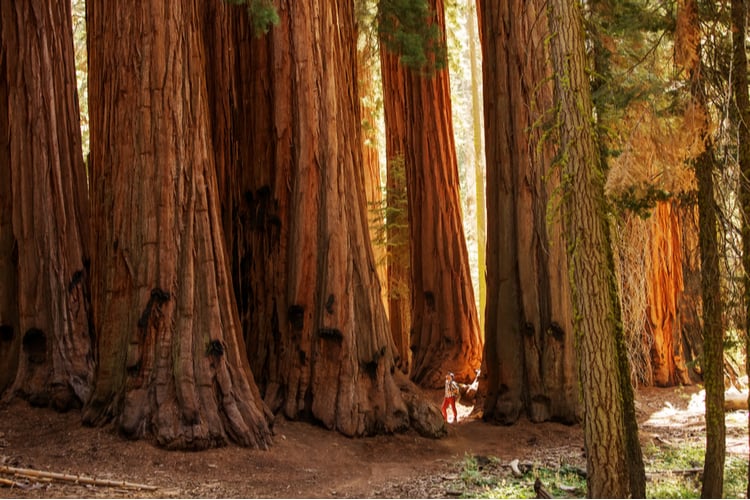 Yosemite National Park is an official World Heritage Site. It is known for its biodiversity and diverse landscape, which includes mountains, glaciers, waterfalls, and giant sequoia trees. There are hundreds of rare plant species found within the park and an abundance of wildlife.

The most visited area of the park is Yosemite Valley. It features picturesque views and where many of the park’s top activities are located. Visitors can enjoy a range of activities year-round in the park, including hiking, nature walks, and skiing during the winter months. 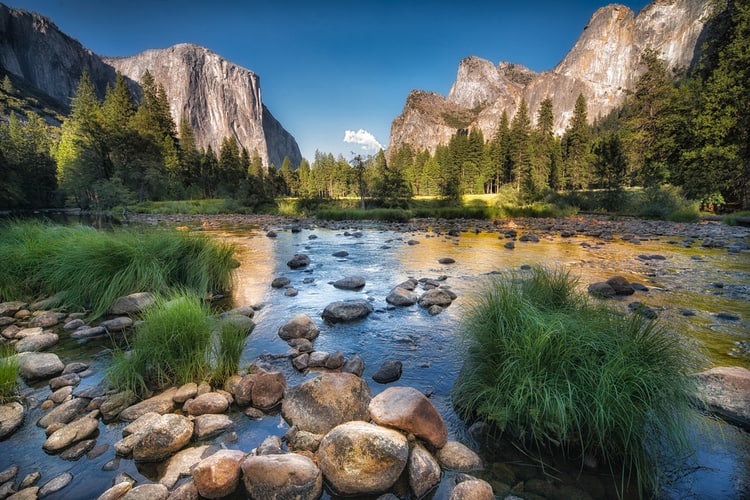 How many national parks are in California?