Arizona is located in the southwestern part of the United States and ranks as the 14th most populated state in the mainland United States with a total population of 7,171,646.  The state is ranked 6th largest state in terms of its total area covering 113,990.30 sq. mi (295,234 sq. km).

Arizona has a total of 91 municipalities officially designated as cities or towns with ten cities having a population of over 100,000. The official limit for the number of residents to incorporate a city is 3,500.

Phoenix was incorporated as a city in 1881 and is the main hub of the economic activity in Arizona. Headquarters of several reputable firms are located in Phoenix. The US military also has a large presence in the city.

Additionally, there are many beautiful places that can be reached from Phoenix that should be included on your Arizona itinerary. 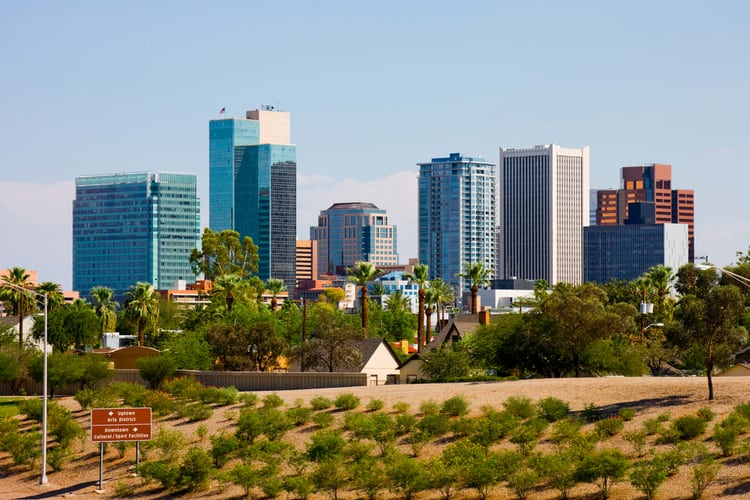 Tucson is located in Pima County and is renowned as the home of the University of Arizona. Its total population of 525,031 makes it the second most populous city of the state. This city was founded as a military fort by the Spanish and acquired by the US as a result of the treaty with Mexico in the Gadsden Purchase in 1854. This city is sometimes referred to as “The Old Pueblo”.

The economy revolves around the University of Arizona where nearly 150 companies are involved in the design and the manufacturing of optics and optoelectronic systems. Tourism is also one of the major contributors in its economy adding over $2 billion per annum.

One of the major attractions in the city is the Tucson Gem and Mineral Show in the month of February. Other festivities include the Tucson Folk Festival and the Fourth Avenue Street Fair. Cultural attractions in Tucson include the Fort Lowell Museum, the University of Arizona Museum and the Arizona State Museum. 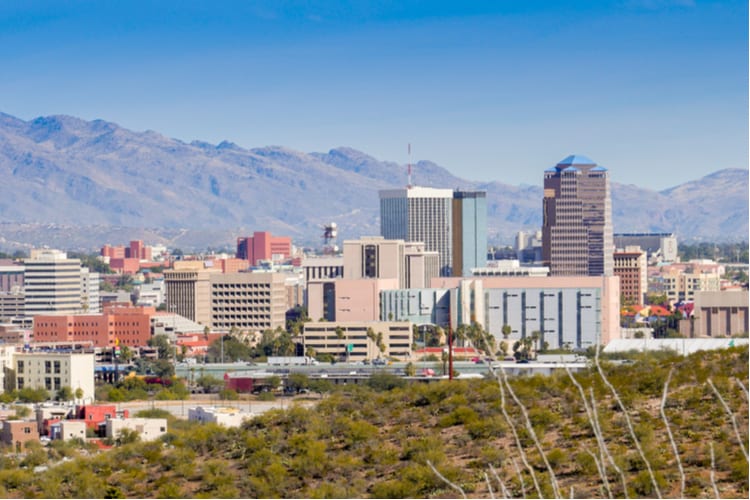 Located in Maricopa County, Mesa is one of the major suburbs of Phoenix. Its total population is approximately 452,091 making it the largest suburban city by population in the country and the third-largest city in the state.

Mesa was historically an agricultural town but this has declined substantially after the suburban growth in the rest of the Phoenix metropolitan area.

Major cultural attractions in Mesa include the Mesa Arizona Temple, the Hohokam Park, the Mesa Arts Center, and the Mesa Amphitheater. 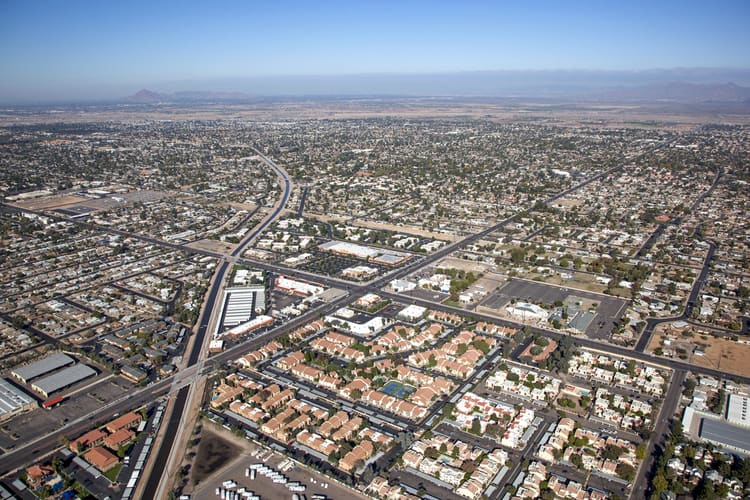 Chandler is located in Maricopa County and with a population of 245,231, it ranks as the 4th largest city of Arizona. Initially, agriculture was the driving force of the city’s economy but the city transitioned into becoming a hub of manufacturing of the electronic components and computer accessories.

Intel, the leading computer chip manufacturer, has a leading role in the city’s growth strategies. Apart from this, various grand scale shopping malls provide a strong attraction to the business community and form the backbone of the economy of the city. Chandler is famous for the annual Ostrich Festival. 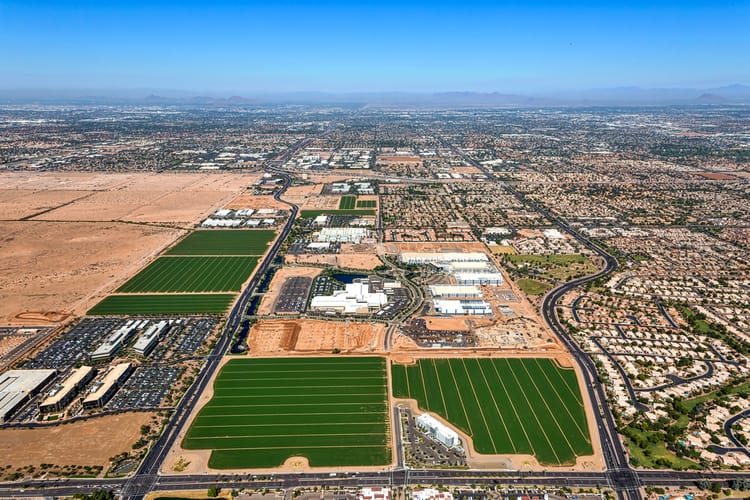 Located in Maricopa County. It is the 5th largest city in the state with a total population of 231,978. The area was originally inhabited by the Tongva People and, in 1884, residents of this city gathered together and choose the name Glendale.

Glendale is notable for Glendale Central Airport which significantly contributed to the development of aviation in the United States of America. Several major companies have their headquarters in the Glendale including the US headquarters of the International House of Pancakes. It has also served as a major production center for the entertainment and animation industry. 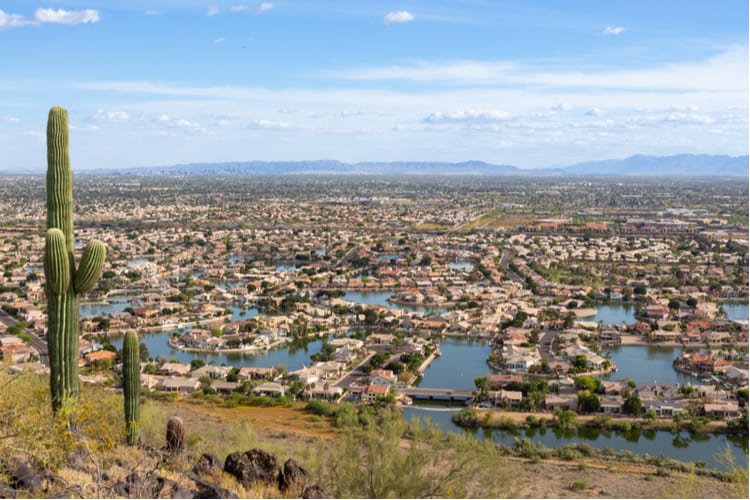 The mainstay of the city rests on tourism due to the beautiful and scenic views of the city. As a result, 39% of the city’s workforce is employed by the tourism industry. There are more than 70 resorts and hotels with a total of 15,000 rooms. Scottdale has the highest number of destination spas per capita of any city in the USA.

Scottsdale’s Annual Arts Festival is ranked the number one event of its type and niche in the US. Other festivals and shows famous in the city are Barret Jackson Auto Show, Arabian Horse Show, low and high fashion shows in the Fashion Week and the annual Scottsdale International Film Festival. 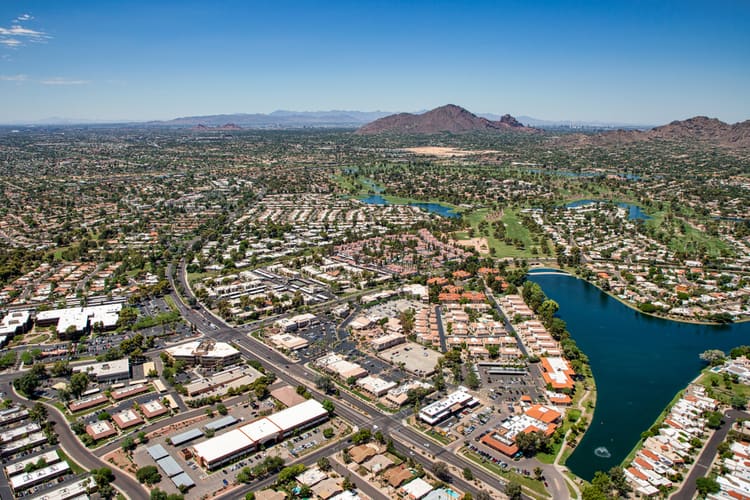 Gilbert is located in Maricopa County and was once known as the “The Hay Shipping Capital of the World.” It is the seventh-largest municipality in Arizona with a total population of 223,131 and a total area of 68.29 square miles.

Gilbert has an average but growing economy. It is sparsely populated much like most Arizona and the top employers of the city are Gilbert Public School and Banner Health. The city is regarded as the town of the low crime and was the largest town with zero murders in 2005, 2007 and 2014.

Gilbert has a rich history with regards to the historical structures. A few important ones are Gilbert Water Tower, First Jail House, Creed Building and the American Legion Post 39. 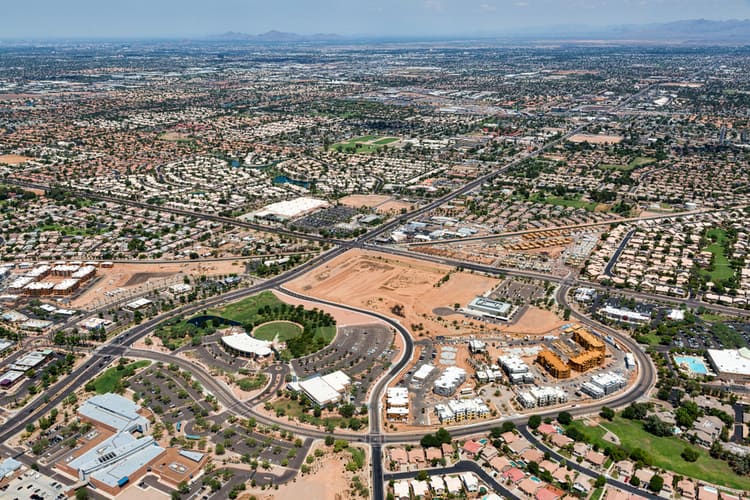 Tempe is also located in Maricopa County and has a total population of 166,975. The city is named after the Vale of Tempe in Greece and is located in the east valley section of the Phoenix metropolitan area.

Historically, the area was occupied by the Hohokam people for agriculture but the city has expanded as a suburb of Phoenix and as a center of education and commerce.

Tempe houses various performance venues like the Gammage Auditorium and Tempe Center of Arts. This city was also the location of the first IKEA branch in Arizona. 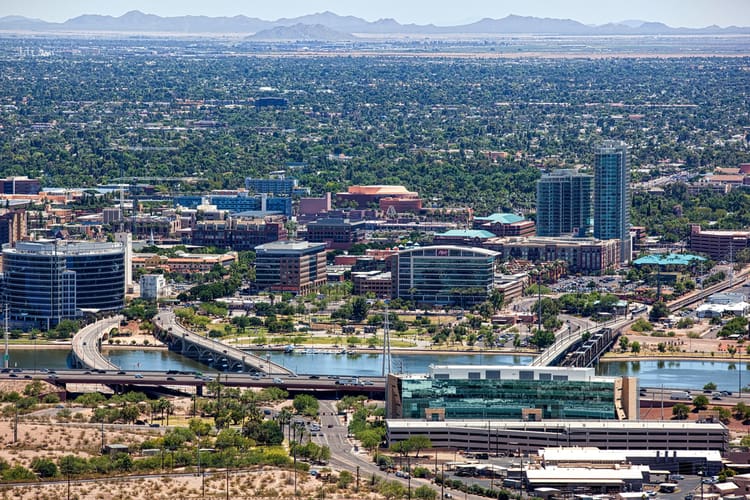 Most Populated Cities in Arizona

These are the 20 largest cities in Arizona by population.

These are the largest cities in Arizona by their total area.

How many of the largest cities in Arizona have you visited? Leave a comment below!