Washington is a state in the northwestern United States and ranks as the 13th most populous state in the mainland United States with a total population of 6,724,543.  The state is also the 20th-biggest in terms of  37th-biggest by area covering 66,455.52 square miles (172,119 square kilometers).

The state of Washington has a total of 281 municipalities officially designated as cities or towns with eight cities having a population of over 100,000. The state is named after the founding father and the first president of the United States, George Washington. Washington’s capital city is Olympia.

Seattle is the largest and fastest-growing city in the state of Washington with a population count of 744,955. Seattle is also the seat of King County and often mistaken as the capital of Washington instead of Olympia. It is the main port for trade with Asia located on the western coast of the United States.

The city has transitioned from a shipbuilding center to an aircraft manufacturing center in the past. It is now a major technology center since the establishment of Microsoft in the early 1980s. The world’s richest man and the founder of Microsoft, Bill Gates, was born in Seattle.

There are also many spectacular hikes near Settle where you can go on day hikes and enjoy beautiful scenery and nature. 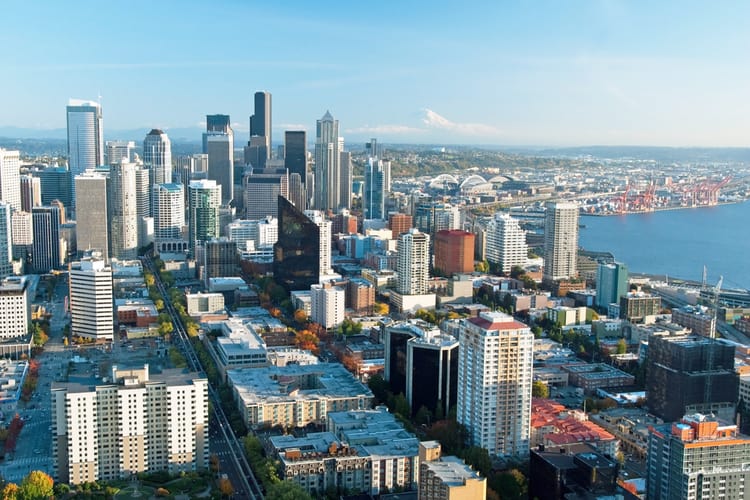 Spokane is the seat of Spokane County in eastern Washington. It is the second-largest city in the state with a population of 219,190. The town is named for the Spokane tribe who were the first people to settle in the area. Spokane later became an important rail and shipping center.

Spokane is notable for its Romanesque Revival style of architecture and the city boasts several listings on the National Register for Historic Places. There are also several museums in the city with the most notable one being the Northwest Museum of Arts and Culture, a Smithsonian affiliate museum. 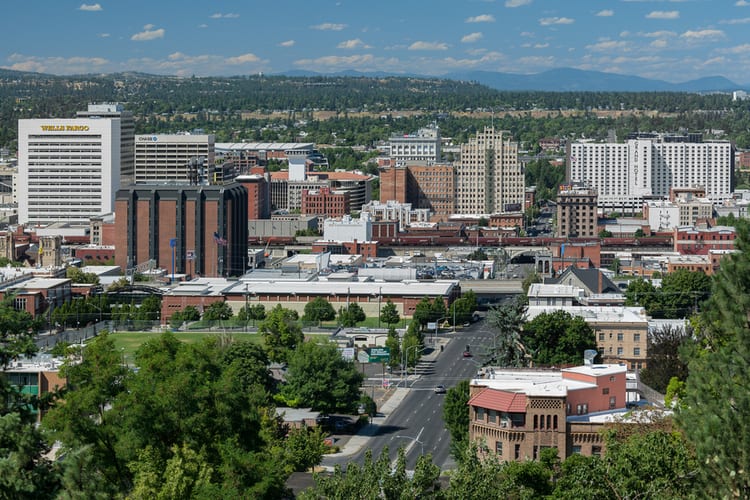 Tacoma is the seat of Pierce County in west-central Washington. Tacoma is named after Mount Rainier which is called Takoma (or Tahoma in the local dialect) and located near the city. With a population of 216,279, it is the third-largest city of Washington.

Tacoma is a business hub of the South Sound region in Washington and is home to several international companies. Like other cities in Seattle, Tacoma is also home to numerous landmarks and sites on the National Register of Historic Places as well as many museums, parks, and recreational venues. 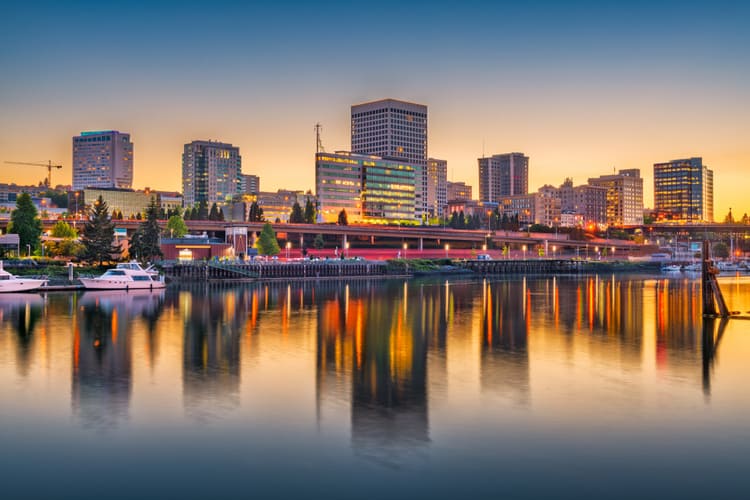 Vancouver is the seat of Clark County and a major suburb of the city of Portland in the state of Oregon. The city has a population of 183,012 making it the fourth-largest in the state.

Located in the southwestern region of the state on the Washington-Oregon border, the city is situated alongside the Columbia River. Washington State University at Vancouver and Gateway Seminary are the two main institutes of higher education in the city.

Vancouver hosts one of the most celebrated Fourth of July firework displays every year at the Independence Day celebrations at the Fort Vancouver Historic Site. 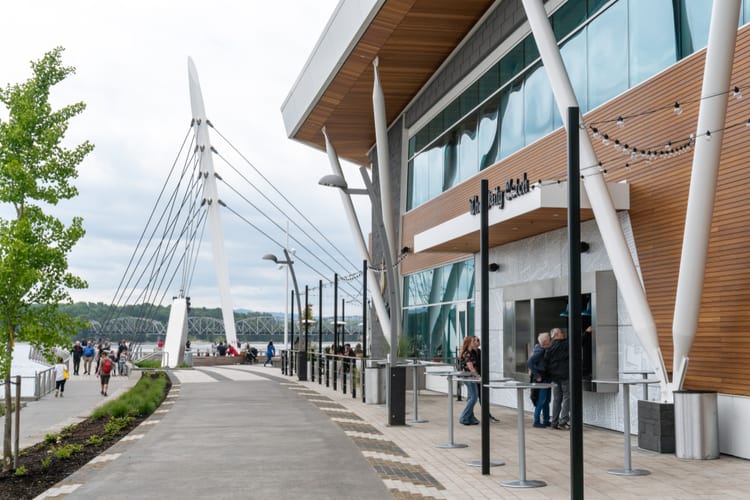 Bellevue is located in King County in central Washington. It is the fifth-most populous city of the state with a population count of 147,599. It is one of the major suburbs of Seattle and is separated from it by Lake Washington.

The name Bellevue means “beautiful view,” most likely referring to breathtaking views of the Olympic Mountains and the Cascade Mountains.

Bellevue is home to several major technology companies and as such forms the economic anchor of Seattle’s eastside. Some major companies situated in Bellevue or having a major operations base here are Expedia, T-Mobile US, SAP Concur, eBay, Oracle, Salesforce, Google, and Microsoft. 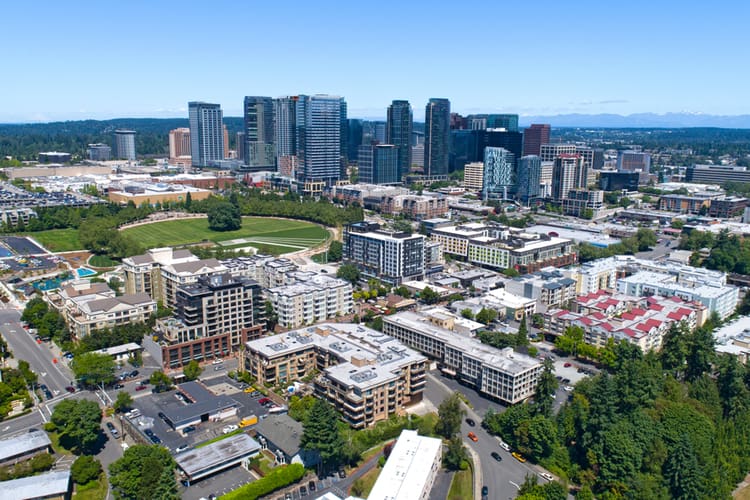 Kent is located in King County near Seattle. Its population of 129,618 makes it the sixth-most populous city in the state. Kent was historically a major agricultural center in the region known as “The Lettuce Capital of the World.”

Since the arrival of Boeing in 1965, the city transitioned into a center of aerospace and high-tech companies. Amazon also has a major presence in Kent with a large number of warehouses situated in the city. 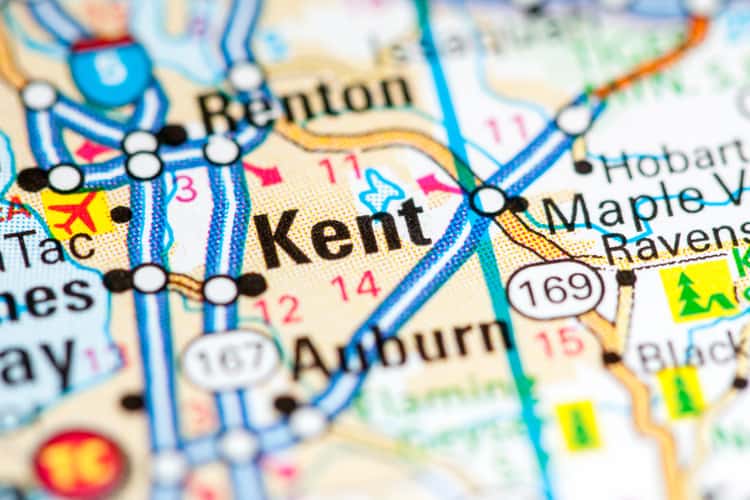 Everett is the seat of Snohomish County in northwestern Washington. It is also the largest city in the county with a population of 111,262. The city is located at the mouth of the Snohomish River.

Everett is the main commercial hub for the Snohomish County although it is widely recognized as a major suburb of the megacity Seattle.

The top employer in the city is Boeing which has a large presence throughout the state employing nearly half of the city’s labor force. Other major employers include the Naval Station Everett, the State of Washington, the Snohomish County, and the Providence Regional Medical Center. 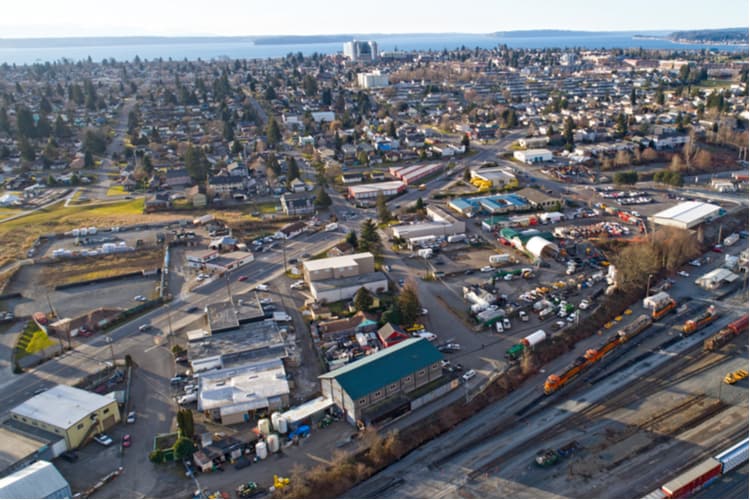 Renton is located in King County in central Washington and is one of the major suburbs of the megacity Seattle. It is the eighth-most populous city in the state with a population of 102,153.

Historically, Renton has been a center for coal mining and clay production with a significant timber export as well. It is now a growing center of technology, manufacturing, and healthcare organizations.

The city is perhaps best known as the site of the final assembly point for the Boeing 737 family of commercial airplanes with the company employing more than half of the city’s workforce. 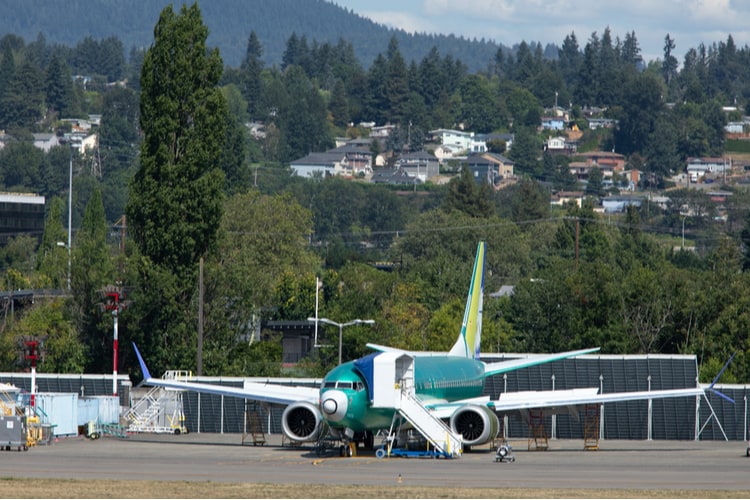 Most Populated Cities in Washington

Below are the largest cities in Washington by number of residents.

Below is a list of the biggest cities in Washington, ranked by their total area.

How many of the largest cities in Washington did you know about? Leave a comment below!