New Mexico is a state in the southwestern United States and ranks as the 36th most populated state in the mainland United States with a total population of 2,096,829.  The state is ranked as the fifth-biggest in terms of total area covering 121,700 sq. mi (315,199 sq. km).

There are a total of 37 municipalities officially designated as cities and with only two cities having a population of over 100,000. New Mexico is one of the most sparsely populated states in the country.

Albuquerque is the most populous and largest city in New Mexico with a total population of 560,218 and a total area of 187.73 square miles. The city is also the seat of Bernalillo County located in the central region of the state.

Albuquerque is the main hub of science, commerce, education, healthcare, industry, and culture in the state of New Mexico. As the site of the New Mexico Technology Corridor, the city boasts data centers and innovation labs of industry giants such as Intel, Microsoft, and Facebook.

The city is also home to several critically acclaimed international festivals and landmarks such as the International Balloon Fiesta held every October, the largest pow wow (Native American gathering) at the Gathering of Nations, and several notable museums including the New Mexico Museum of Natural History and Science, Albuquerque Museum of Art and History, Indian Pueblo Cultural Center, Explora, and Albuquerque Biological Park. 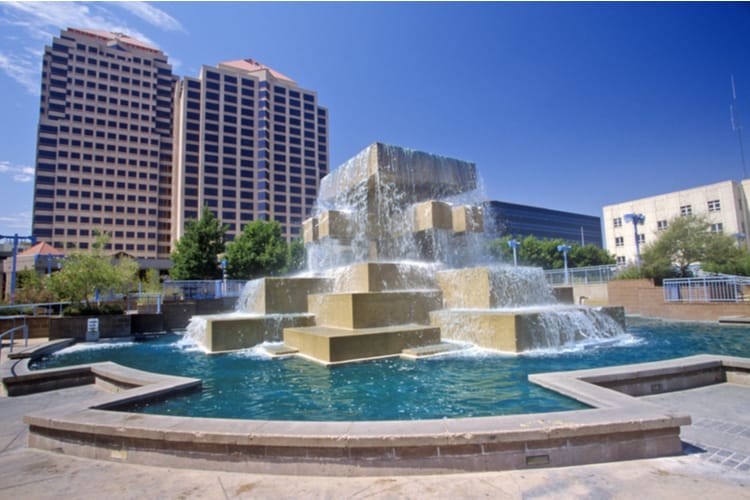 Las Cruces is the home of New Mexico State University. The city is also the site of several mountain ranges which form a major part of the landscape. The Organ Mountains, the Robledo Mountains, the Doña Ana Mountains, and Picacho Peak are some of the most prominent points. Las Cruces has a total of 87 city parks, 18 tennis courts, and 4 golf courses within the city limits. 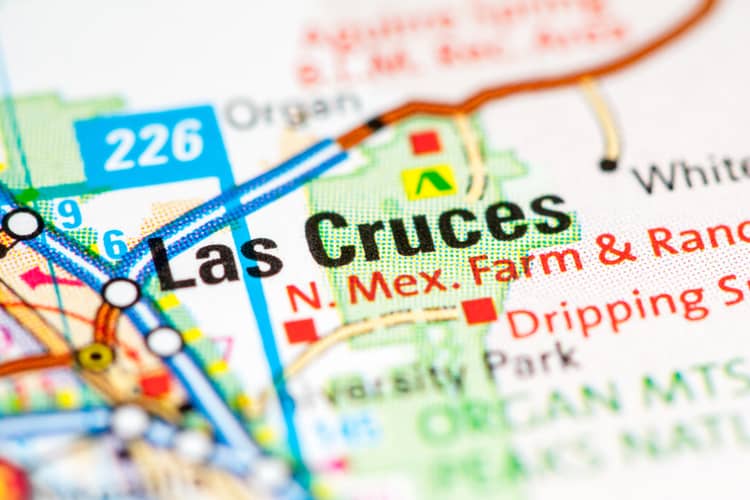 Rio Rancho is the largest city in Sandoval County located in northwestern New Mexico.  The city extends into the northern Bernalillo County as well. It is the third-largest and also one of the fastest-growing cities in New Mexico with a total population of 98,023. The city gets its name from Los Ranchos that stretched along the Rio Grande in the Albuquerque Basin.

Rio Rancho is notable as the site of Intel’s Fab 11X semiconductor fabrication plant, one of the largest such facilities in the world. Rio Rancho is also home to a campus of the University of New Mexico Health Sciences. 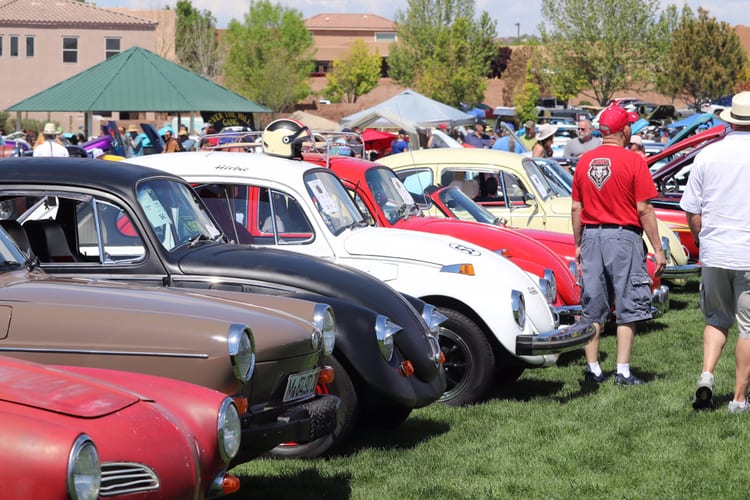 Santa Fe is the state capital of New Mexico. The city is also the seat of Santa Fe County located in the northern central region of the state. With a population of 84,612, it ranks as the fourth-most populous city in the state.

Santa Fe is a famous center for arts that reflect the multicultural character of the city. It has been designated as a UNESCO Creative City in Design, Crafts and Folk Art. With several galleries and performance art venues, the city rivals Albuquerque as the cultural center of New Mexico. 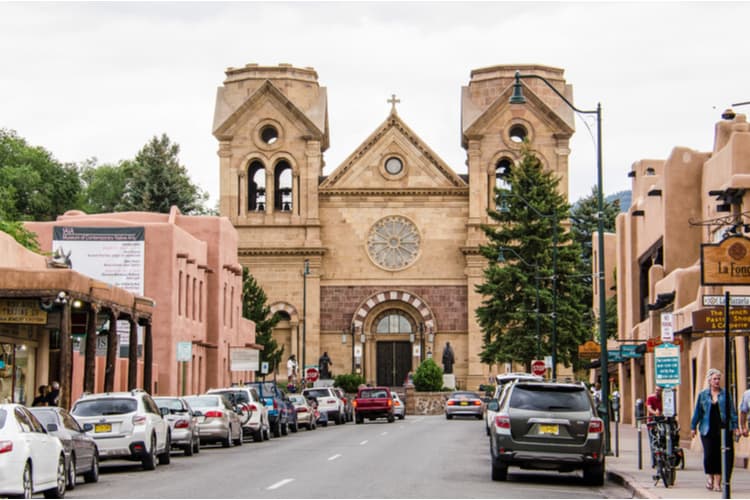 Roswell is the seat of Chaves County in southeastern New Mexico. It is the fifth-most populous city in the state with a total population of 47,635. Roswell is home to a branch campus of the Eastern New Mexico University and the main site of the New Mexico Military Institute.

Famous for its 1947 UFO Incident, the tourism industry of the city still somewhat depends on this notable incident in its history. Roswell’s economy otherwise depends on extensive farming, ranching, manufacturing, distribution, and petroleum production. 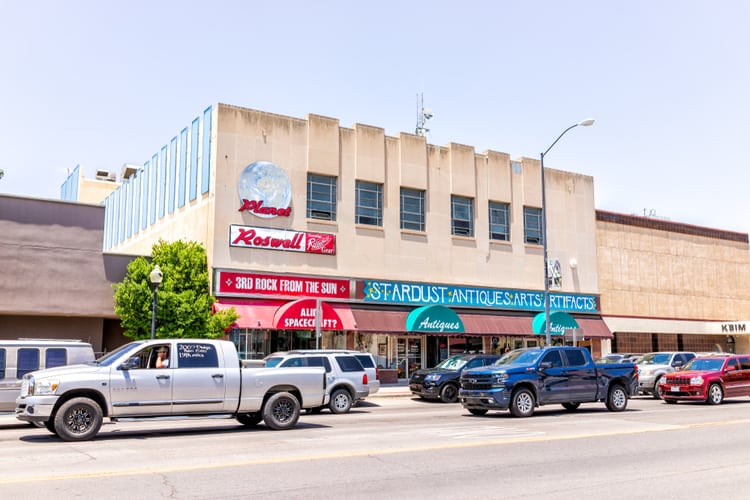 Farmington is located in the San Juan County of northwestern New Mexico. Farmington is a key center in the US production of petroleum, natural gas, and coal. The city has a total population of 44,788 and serves as an important industrial hub of the state.

Farmington is home to several interesting signature events. The Riverfest is the most famous such festival celebrating the rivers in the area with music, food, and activities. The Connie Mack World Series is another notable event every July and is regarded as the premier amateur baseball tournament in the United States. 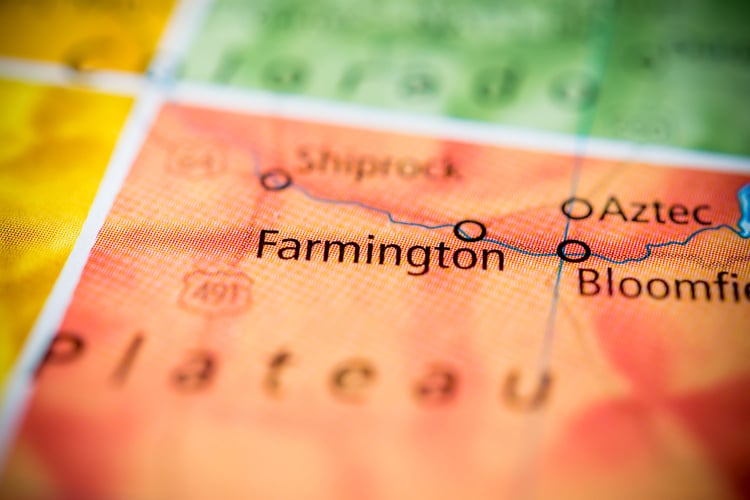 Clovis is the seat of Curry County located at the eastern tip of New Mexico. Clovis has a total population of 38,680 making the seventh-most populous city in the state. Clovis is an agricultural community with the city most notable for the nearby Cannon Air Force Base.

The Clovis people are historically considered as the ancestors of almost all Native American tribes that are found throughout the United States and forming the indigenous cultures spreading across various regions in the country. Clovis points are artifacts found in the city that date all the way back to the Paleoindian period nearly 13,500 years ago. 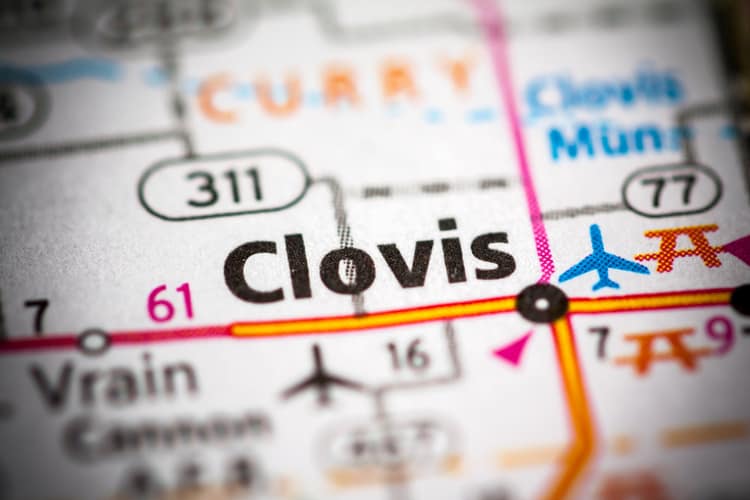 Hobbs is located in Lea County in southeastern New Mexico. It is the eighth-largest city in the state with a total population of 38,277. The city is named after its founder, James Isaac Hobbs, who established a homestead and named the area Hobbs in 1907.

The city expanded rapidly after the discovery of oil circa 1927. Mining, quarrying and oil and gas extraction remain the primary industries of the city.

Hobbs is the headquarters of the Soaring Society of America which organizes regular soaring competitions in the Hobbs Industrial Air Park, formerly the Hobbs Army Air Base. 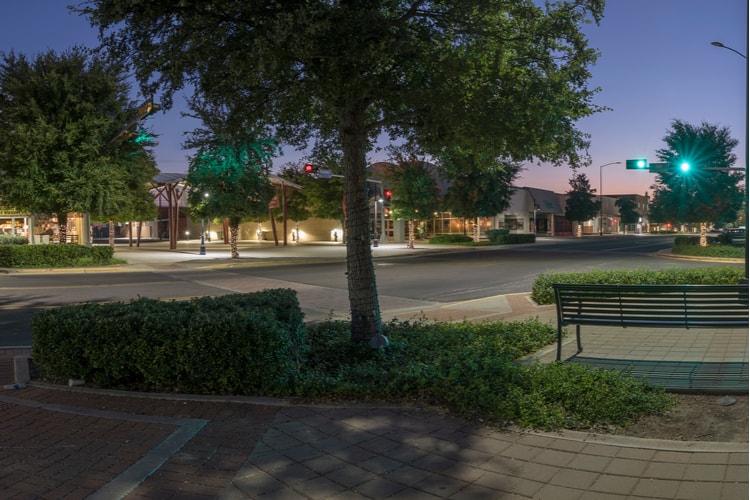 Most Populated Cities in New Mexico

The following cities are the largest cities in New Mexico, ranked by their total population.