Sweden National Parks represent the biodiversity of the landscape. The 30 national parks scattered around the country give visitors a chance to experience some of the best-preserved regions in Sweden. It holds a mix of rare and unique wildlife and flora, as well as unique natural formations.

Visitor exploration of Sarek National Park is reserved for experienced hikers and mountaineers due to the undeveloped nature of the park. Trails lead up to the highest peak in Sweden, Sarektjåkkå, and many of the other highest summits in the country.

The top routes in the park include Kungsleden and Padjelanta Trail. The park provides views of the natural landscape for those daring enough to adventure through it. 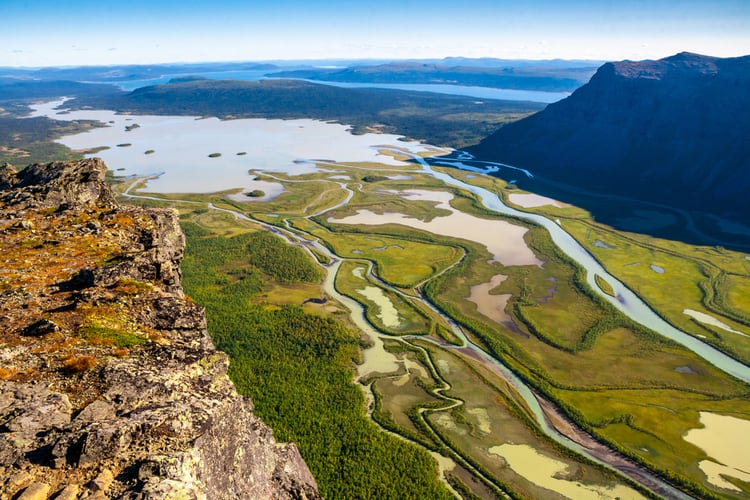 Kosterhavet National Park is Sweden’s first marine park, established in 2009. The park consists of the Skagerrak sea and also sections of the Koster Islands shore.

Visitors have easy access to the park via a ferry from the mainland. En route, the ferries pass over lots of coral and visible marine species swimming below thanks to the clear blue waters.

The island is a popular destination for the park visitors with lots of biking and hiking trails around it. 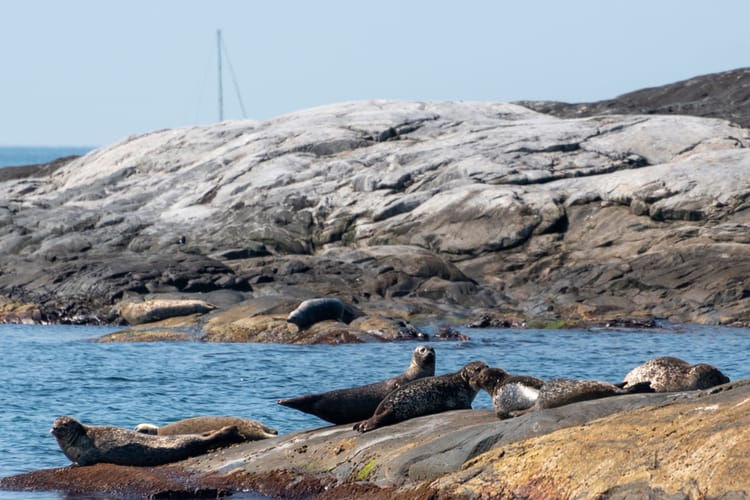 Abisko National Park is a vast land designated as a national park in 1909. The park is most notable for the winter sports and activities pretend throughout the park.

Abisko National Park is one of the few parks in Sweden that have accommodations within the park. Some of the main attractions, including skiing and hiking trails winding through the mountainous region.

Visitors can enjoy activities, including cross-country skiing, snowshoeing, and snowmobile riding. The location of the park makes it a great viewing point for the northern lights on clear nights. 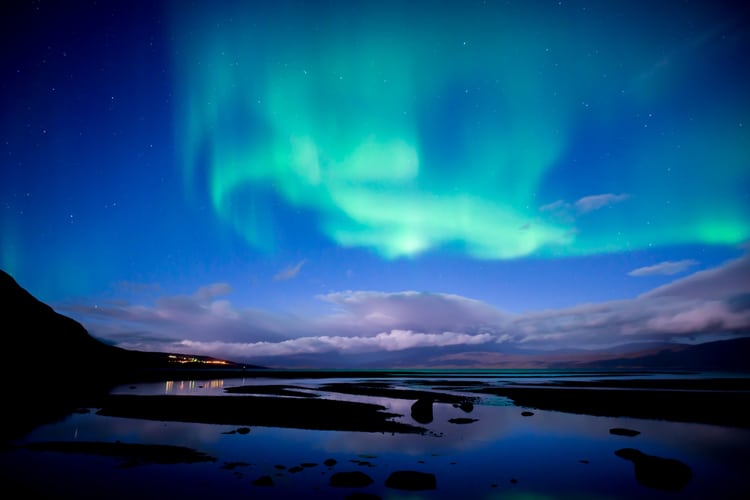 Fulufjället National Park includes many points of interest. The namesake mountain, Fulufjället, reaches a height of just over 1,000-meters. The park also includes Sweden’s tallest waterfall, Njupeskär, and Old Tjikko, one of the oldest trees in the world.

Short hikes and fishing are favorite activities in the warmer months. Skiing and ice climbing are available when it’s winter.

A boat is required to access the Ängsö National Park, located on a small island off the shores of Sweden.

Ängsö National Park was declared a national park to preserve the beautiful natural scenery and historical significance of the landscape. It was prominently used for agriculture during the 17th century and still evident thanks to the park’s efforts.

The best time to the park is during the Spring and Summer when the forests are full of flowers and greenery. Visitors have fantastic views overlooking landscape or birdwatching.

Stenshuvud National Park is one of the premier green protected areas in Sweden. The centerpiece of the national park is Stenshuvud, a tall hill towering nearly 100-meters from the surrounding flatlands.

The main attraction of Stenshuvud National Park is to ascend the hill for panoramic views of the marshes and forests below. It’s a short hike up that’s recommended for the picturesque scenery.

Within the surrounding areas of the park are unique animals thanks to the combined landscape and climate. There are hundreds of plant species found within the park. 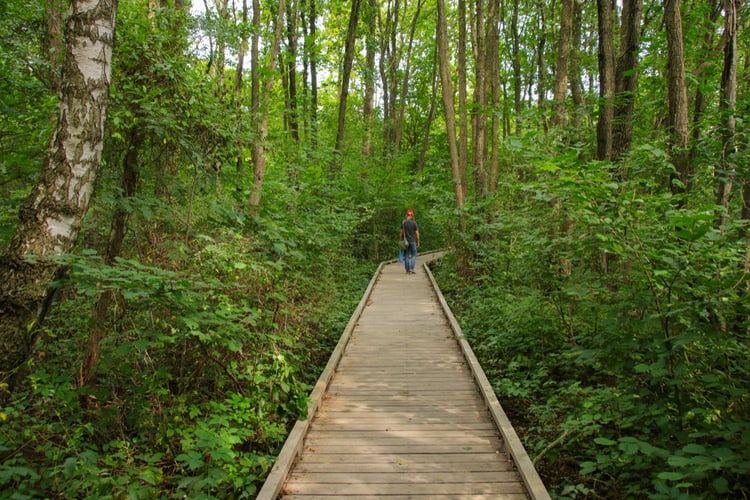 Björnlandet National Park is a relatively small park but holds one of the most valuable primeval forests in Sweden. The park was established in 1991 as a way to preserve the forest and the ecosystems that thrive within it.

Björnlandet National Park is open to the public, where visitors can trek through various trails. It’s a temperate forest for seeing the abundant plant life and animals in their natural habitat.

The forest is an undisturbed area of Sweden because of preservation efforts, giving visitors a natural look of the area in northern Sweden.

Gotska Sandön is an isolated island in the Baltic Sea, declared a national park in 1909. The park later expanded from the original size to include a bigger area.

Gotska Sandön had some of the best beaches in the Baltic Sea. Visitors are allowed to enjoy the clean beaches and clear waters surrounding the island. The island also permits camping.

There are a few attractions included within the park, including a lighthouse, church, and some wildlife.

Söderåsen was already a protected beech forest until expanding in 2001 after achieving national park status. The dense forest provides visitors lots of trails to viewpoints and animal sightings along the way.

Söderåsen is in southern Sweden. Much of the landscape developed from melted glaciers in the past. It includes many points of interest, including Oden Lake and the Kopparhatten viewpoint.

Venture into the Tiveden forest to discover the beauty of the Tiveden national park. Established in 1983, the forest is well preserved from human disruption. Visitors have a peaceful, natural setting to enjoy a variety of outdoor activities.

Tiveden national park is in southern Sweden. The forest grew on top of rugged terrain, which has many rocky areas to navigate along the hiking trails.

Developed trails lead visitors to the best parts of the forest, including natural landmarks – Junker Jägere stone and Trollkyrka stone – as well as scenic viewpoints. 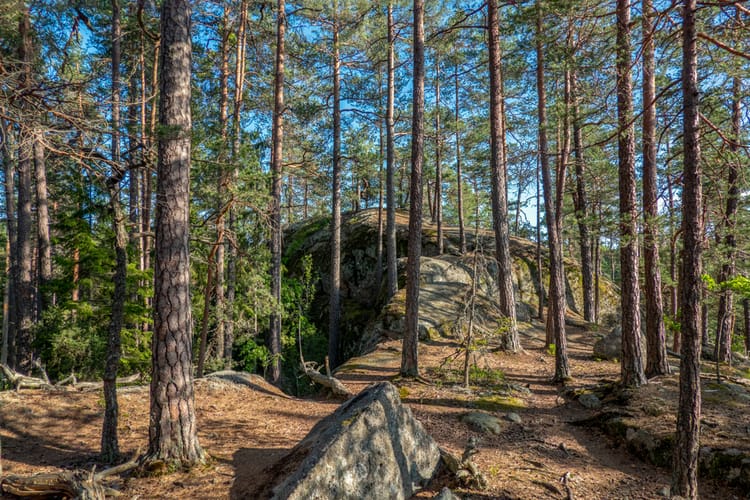 The Skuleskogen National Park is a diverse park with a range of landscapes, including mountainous regions, forested areas, and extending to the Baltic coast. It’s referred to as the ‘high coast’ – the highest part of the Baltic Sea coastline.

Skuleskogen National Park was established in 1984 for its rich biodiversity. The park is open to the public for hiking through the forest to viewpoints such as the popular Slåttdalsskrevan, the most visited part.

Other common activities include biking along the coast and skiing in the wintertime. There are also cabins set up throughout the park for camping overnight. 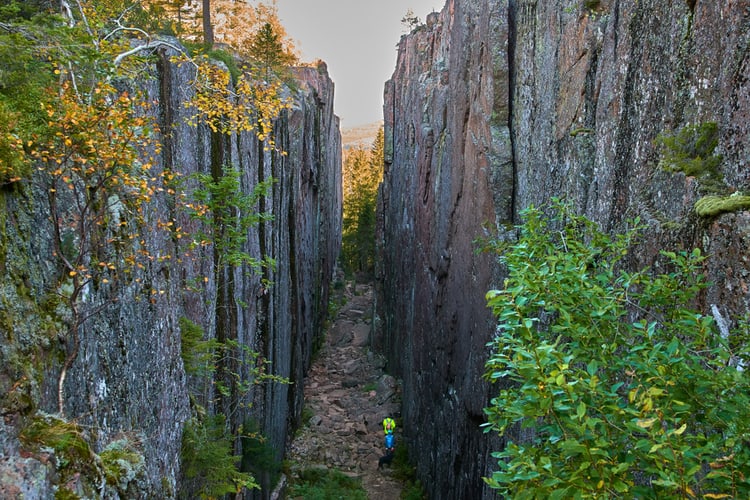 The marshes of the Store Mosse National Park are an excellent natural habitat for birds, even including a bird-watching tower for visitors.

Visitors can also explore the park via guided tours or adventuring on the several hiking routes, ranging in length and difficulty. The visitor center of the park is one of the best in Sweden, providing information about the park and various exhibits. 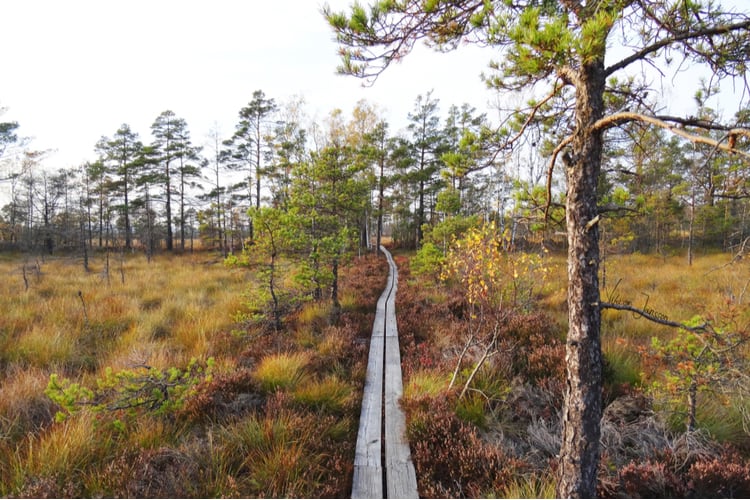 Which is the largest national park in Sweden?

Sweden has a total of 30 national parks, with the largest being the Padjelanta – a large wilderness area in northern Sweden covering more than 490,000 acres.