Minnesota is ranked as the 22nd most populated state in the mainland United States with a total population of 5,611,179.  The state is ranked 12th in terms of its total area covering 86,935.83 sq. mi (225,163 sq. km). Minnesota has a total of 853 municipalities officially designated as cities and with only three cities having a population of over 100,000.

Minneapolis is the most populous city in the state of Minnesota and seat of the Hennepin County. With a population of 424,256, it is also the 46th most populous in the United States.

It lies on the confluence of the Mississippi River and the Minnesota River. Minneapolis is often mistaken for Saint Paul as the capital city of Minnesota. The city is also home to the largest proportion of LGBT populations in the country and enjoys a thriving music industry.

The award-winning Guthrie Theatre, the Walker Art Center and the historic First Avenue nightclub are some of the few landmark sites situated in the city. Several Fortune 500 companies have their headquarters situated in the city such as Target, US Bancorp and Thrivent Financial. 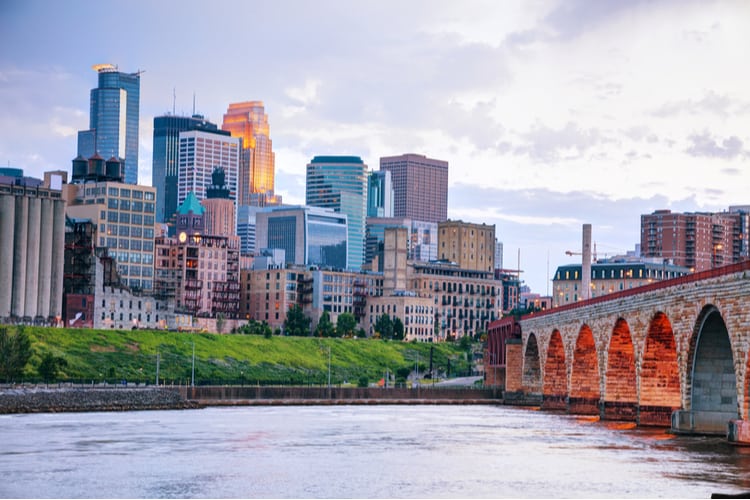 Saint Paul is the capital city of Minnesota and also the seat of Ramsey County, the most densely populated county in Minnesota. With a total population of 311,008, it is the second-most populous city in the state.

Together, the twin cities Saint Paula and Minneapolis are the financial hub of the state of Minnesota. Additionally, The twin cities are also known for having one of the highest literacy rates in the whole country.

This is because Saint Paul has the second-highest number of higher education institutions per capita in the whole country. Saint Paul is home to the Minnesota Wild, a professional ice hockey team whose home ground is the Xcel Energy Center. 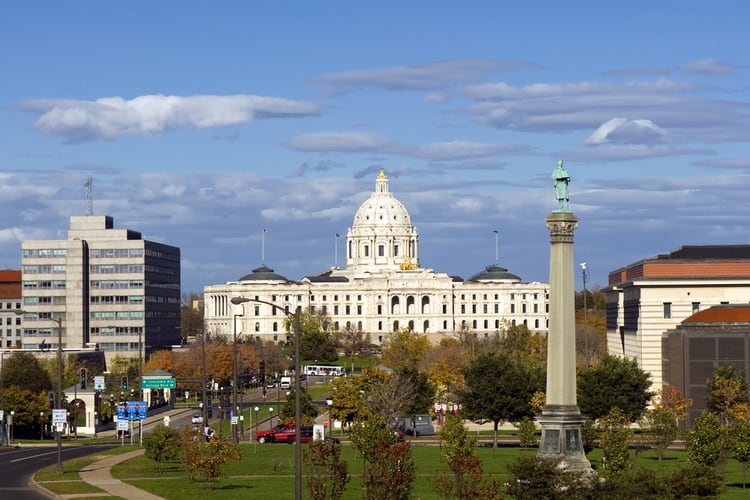 Rochester is the seat of the Olmsted County and is located along the Zumbro River in South-East Minnesota. With a population of 119,756, it is the third-largest city in Minnesota.

Rochester is home to the University of Minnesota Rochester. The city also has auxiliary campuses of several other universities and colleges such as Winona State University and Rochester Community and Technical College. 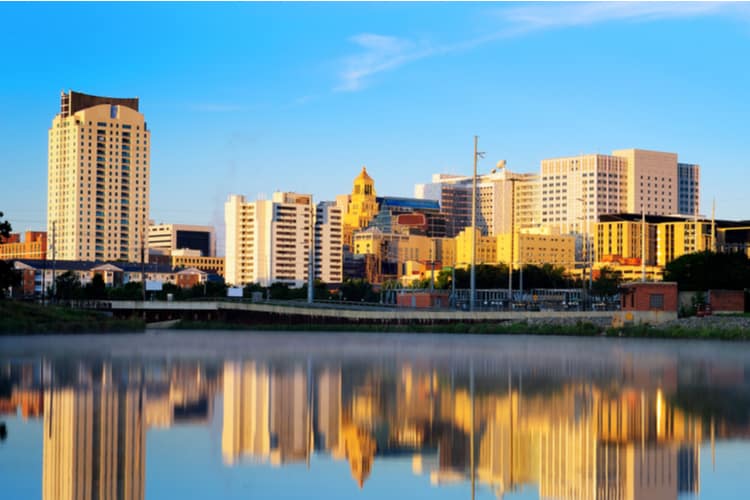 Duluth is a port city and the seat of the Saint Louis County. It is the fourth largest city in Minnesota with a population of 87,082. The city is named for Daniel Greysolon, Sieur du Lhut, the first known European explorer of the area.

The city transformed into a fur trade hub before an influx of immigrants seeking jobs in mining and industry. Today, the city is an important regional hub for the healthcare, aviation and education industries. Duluth is also home to the country’s only all-freshwater aquarium, the Great Lakes Aquarium. 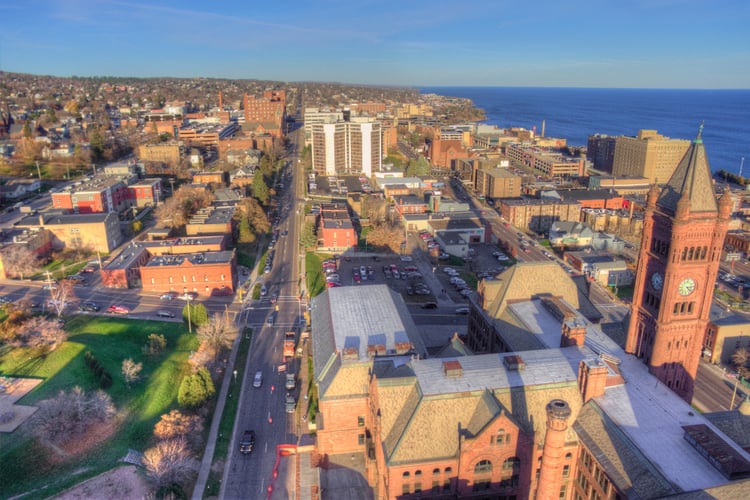 Bloomington is the fifth-largest city in Minnesota with a population of 85,934. Located above the confluence of the Minnesota River with the Mississippi River, Bloomington is only 10 miles due south of Minneapolis.

The economy of Bloomington comprises over 100,000 jobs which actually means the city has more jobs per capita than even Minneapolis and Saint Louis. Several big corporations and the humungous Mall of America are the main employers. 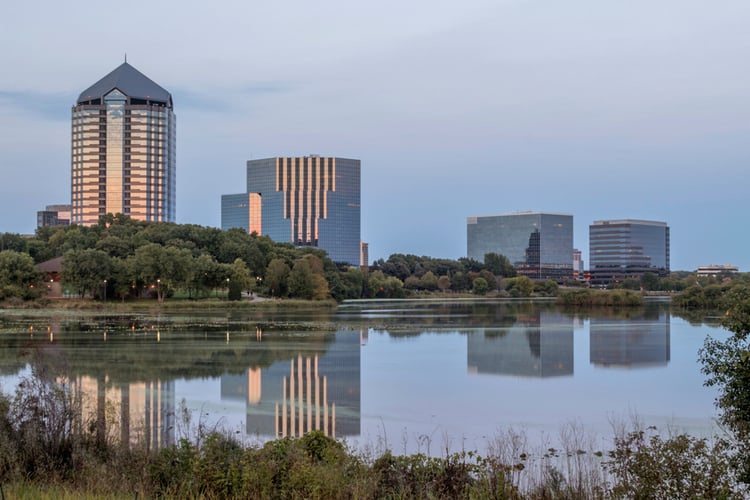 Brooklyn Park is located in Hennepin County on the west bank of the Mississippi River. With a population of 81,336, Brooklyn Park is the sixth most populous city in the state and a major suburb of the twin cities, Minneapolis and Saint Paul.

The city earns its nickname as “Tree City USA” as its home to 47 miles of nature trails and a total of 67 parks. Some of the major attractions include the Elm Creek Park Reserve (which is spread over 4,900 acres), the Mississippi National River and Recreation Area and the Coon Rapids Dam. 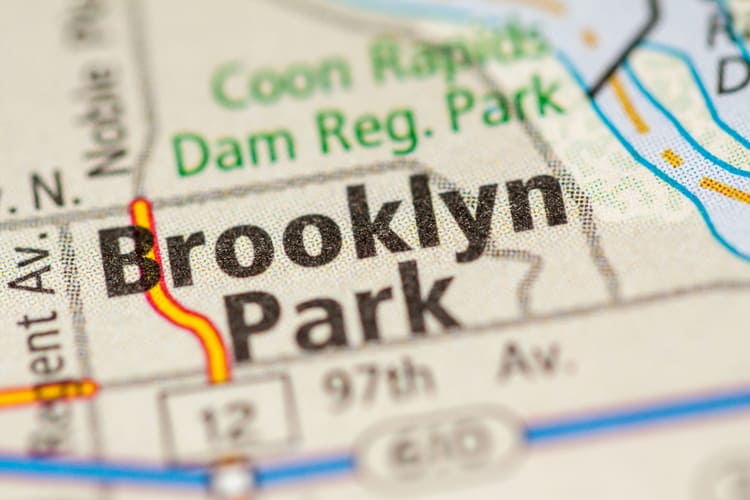 Plymouth is also located in the Hennepin County and is another suburb of the twin cities Minneapolis and Saint Paul. With a population of 80,975, it is technically the seventh largest city of the state.

The city has several schools and colleges for the residential community with the Wayzata Public Schools system being the biggest and the top employer of the city. The Mosaic Company, Christopher & Banks, OneBeacon, and Tonka Water are headquartered in Plymouth as well.

Maple Grove is another major suburb of the Minneapolis-Saint Paul metropolitan area. With a population of 73,248, it ranks as the 8th largest city in the state. The city serves as the cultural, retail and medical center of the twin cities area and the Hennepin County where its located.

According to an estimate, Maple Grove has more retail shops than any other city in the state other than Bloomington which is home to the Mall of America, the single largest mall in the entire state.

The city is home to Boston Scientific’s major research and development facility as well as the manufacturing plants with over 3,000 people employed. Maple Grove continues to grow and develop due to its prime location on several interstate interchange highways. An interesting bit of trivia about the city is that it has 13 named lakes in the city limits. 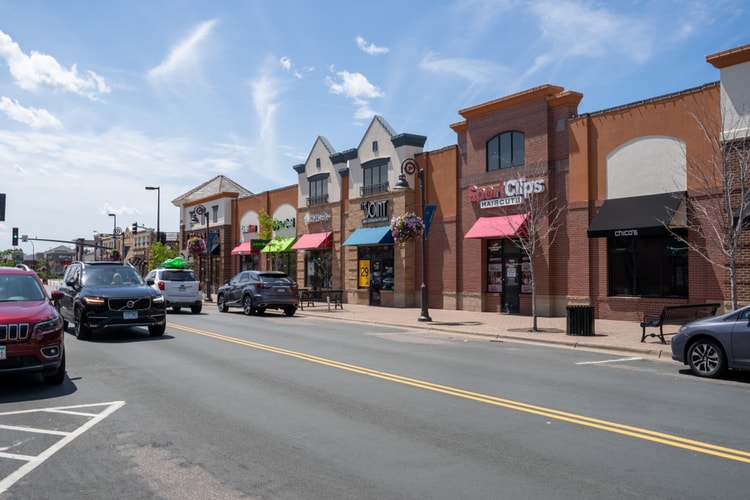 Most Populated Cities in Minnesota

Here are the 20 largest cities in Minnesota by their total population. 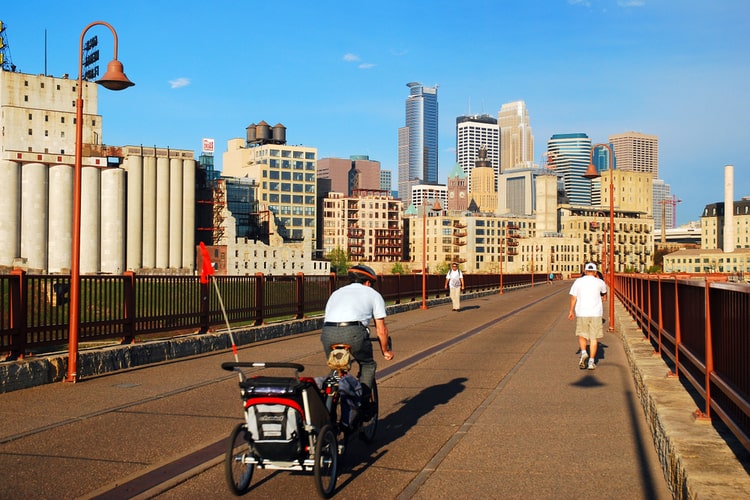 What’s interesting when looking at the total land area for Minnesotan cities is the fact that none of the 3 biggest cities in Minnesota are ranked as some of the most populated cities in the state.

How many of the largest cities in Minnesota have you visited? Leave a comment below!