Want to know more about the most populous cities in Iowa? Here’s an updated list of the largest cities in Iowa by size and population in 2019.

Iowa has a total of 947 municipalities officially designated as cities and with only three cities having a population of over 100,000. There is no official limit for the number of residents to incorporate a city. As a result, the smallest cities in Iowa, Beaconsfield and Le Roy, each have only 15 residents. In fact, 490 out of the 947 cities in Iowa have less than 500 residents.

Des Moines is the capital and the most populous city in Iowa with a total population of 206,702. The city is also the seat of Polk County and extends into the neighboring Warren County. Des Moines gets its name from the Des Moines River which means “River of the Monks.”

Des Moines is the largest center of the insurance industry in the country and several big names like Wells Fargo, Principal Financial and EMC Insurance have operations in the city. Des Moines is also the cultural hub of Iowa with several museums, stadia and important cultural and historical landmarks situated in the city. 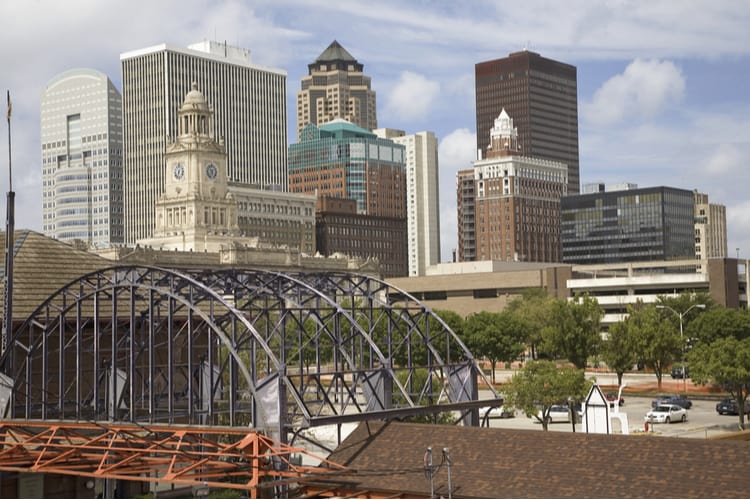 Cedar Rapids is the second-largest city in Iowa with a population of 128,009. The city is the seat of Linn County and is located on the Cedar River. As a major economic hub of Iowa, Cedar Rapids has several industries ranging from grain processing to aerospace and healthcare operating in the city.

Cedar Rapids is also the cultural hub of eastern Iowa behind only Des Moines in this area. The city is home to the Cedar Rapids Museum of Art, the Orchestra Iowa, Theatre Cedar Rapids, the African American Museum of Iowa, and the Iowa Cultural Corridor Alliance to name a few of the main cultural attractions. 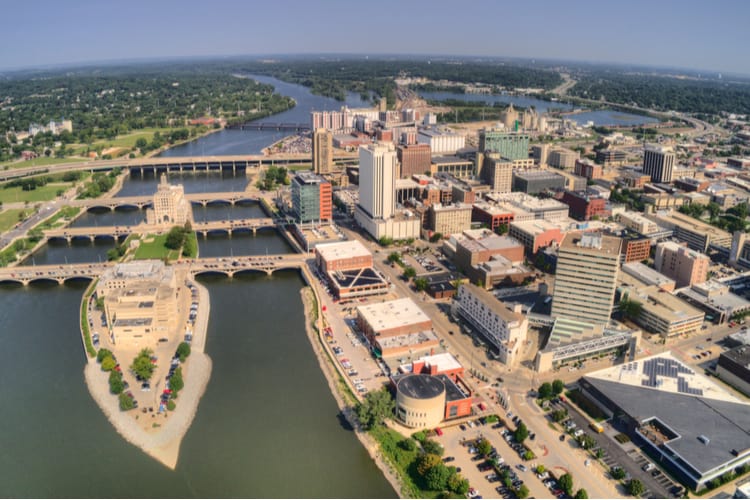 Due to its strategic location along several major interstate highways, Davenport has seen rapid and consistent growth through the last few decades, with a particularly strong manufacturing and retail industry. Davenport is also an important cultural hub with several landmarks in the city like the Davenport Skybridge, the Figge Art Museum and the River Music Experience in the historic Redstone Building. 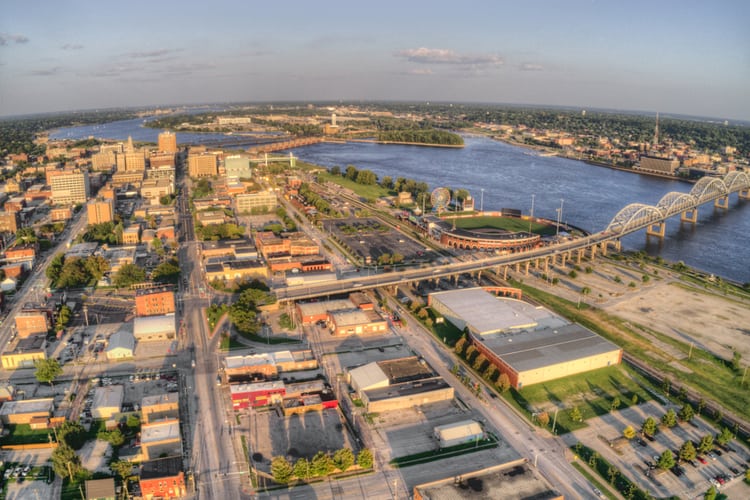 Sioux City is home to several notable cultural attractions such as the Sioux City Public Museum, the Sioux City Art Center, the Sergeant Floyd Monument, and the Chris Larsen Park, commonly referred to as the Riverfront. The popular baseball franchise Chicago White Sox was originally based in Sioux City as the Sioux City Cornhuskers before relocating to Chicago. 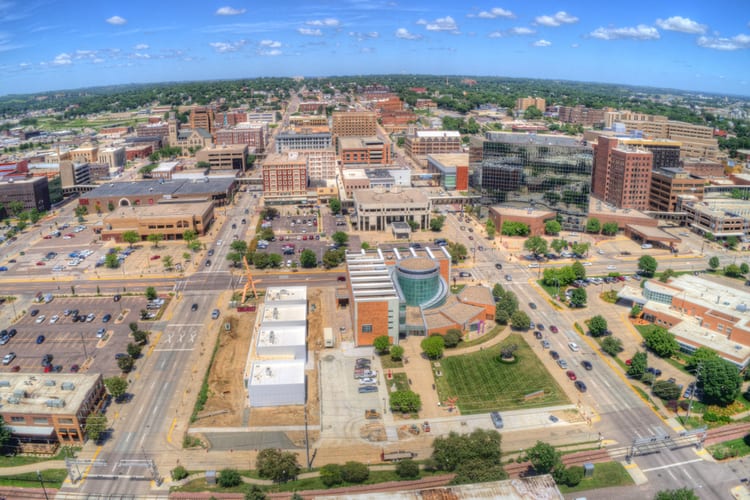 Iowa City is the seat of Johnson County and often incorrectly assumed as the current capital of Iowa. Iowa City was indeed the first capital of the state before it was moved to Des Moines in 1857. With a total population of 70,597, it is the fifth most populous city in the state.

Iowa City is home to the University of Iowa and its Hospitals and Clinics making it the state’s only tertiary care medical center. A very famous historical landmark in the city is the recently renovated Old Capitol building. The Iowa Avenue Literary Walk is also a major point of interest highlighting the city’s rich literary history. 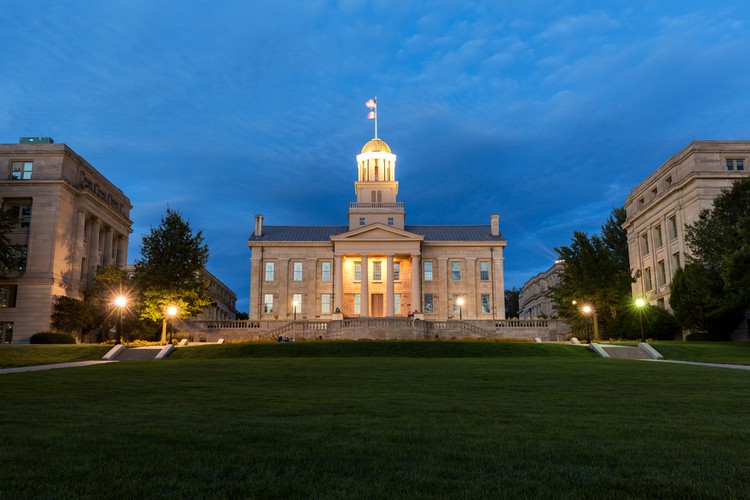 Waterloo is located in the center east Iowa. It is also the seat of Black Hawk County. The city has a population of 68,392 making it the sixth-largest city in Iowa. Waterloo’s history has been marred with interracial conflicts. However, with active government efforts since 2003, this racial gap is closing up.

Waterloo is home to the Waterloo Center for the Arts which is a notable local center for performing arts. Another very interesting place to visit in Waterloo is the Grout Museum District where several museums are maintained such as the Museum of History and Science, the Veterans Museum and also the Imaginarium. 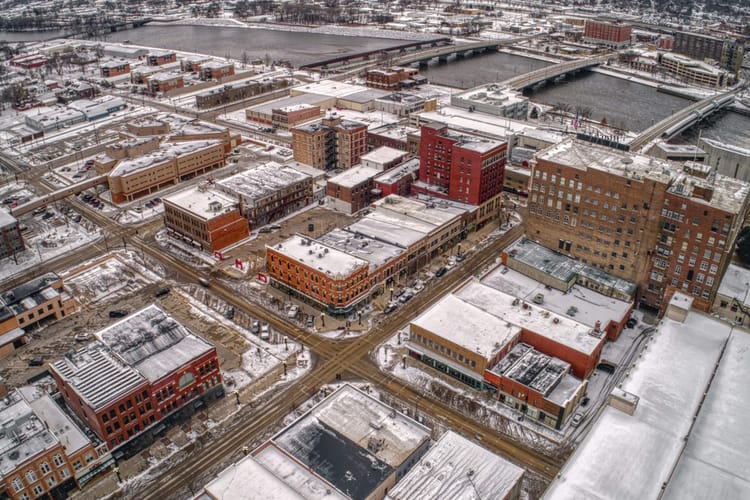 Council Bluffs is the most populous city in Southwest Iowa with a population of 62,261. It is also the seventh most populous in the state and the seat of Pottawattamie County. The Missouri River lies to the west of the city. Council Bluffs’ original name was Kanesville, the historical beginning point of the Mormon Trail.

Council Bluffs is an important industrial center in Iowa with many niches represented in the diverse economy. The city’s website mentions robotics, dairy, plastics, railroading, electrical products and food packaging as some of the industries in the city. 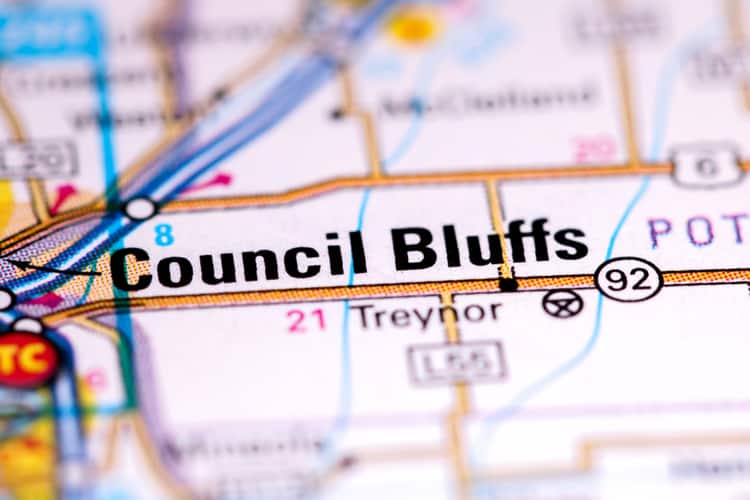 Ames is located in Story County in central Iowa. With a population of 61,276, it is the eighth-most populous city of the state. Ames is home to the Iowa State University of Science and Technology which makes up most of the city’s culture, heritage, and economic backbone. Iowa State University has more than 36,000 students which makes more than half of the city’s population.

Ames is also home to several important centers of the US Department of Agriculture, the National Veterinary Services Laboratory and also the headquarters of the Iowa Department of Transportation. The Iowa State University Research Park is also located in Ames ensuring business development and creating opportunities for the future. 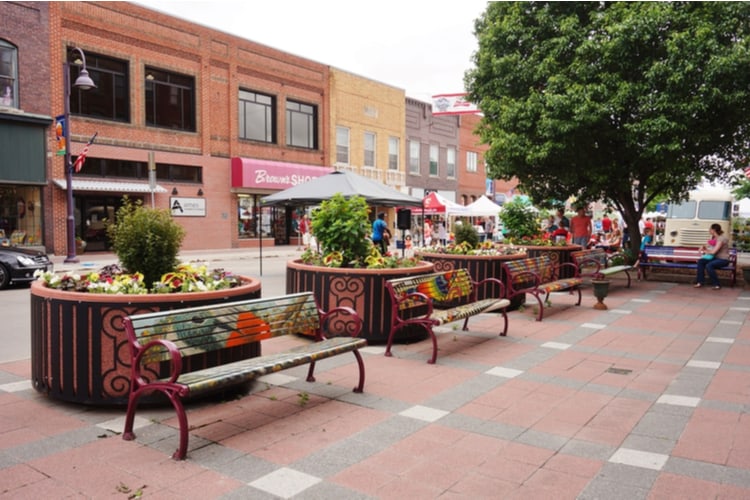 Most Populated Cities in Iowa

These are the largest cities in Iowa by population.

How many of the largest cities in Iowa have you visited? Leave a comment below!