Kansas is one of the 11 unique states where all incorporated municipalities are called cities and not towns or villages. There are 627 cities in Kansas with only 5 having a population of over 100,000.

Wichita is the largest and the most populated city in Kansas. The total population of the city is estimated to be 385,518 and the city covers a total area of 159.29 square miles.  Wichita is also the seat of Sedgwick County and is known as the “Air Capital of the World” because of several aircraft manufacturing companies situated within the city.

Famous names include Cessna, Beechcraft, Airbus, Learjet and Spirit AeroSystems. Wichita is also home to the McConnell Air Force Base. Furthermore, the city is home to the Wichita Art Museum, the largest art museum in the state.

Wichita State University also has its main campus in the city and maintains the Ulrich Museum of Art among many other important points of interest. The most important and famous annual event is the Wichita River Festival that is held in the Downtown and Old Town areas.

Overland Park is located in Johnson County and is the second-most populous city in Kansas with a population of 178,945. Overland Park’s economy is comprised mostly of the service sector with healthcare, retail, professional and finance making up most of the city’s industries.

Overland Park Arboretum and Botanical Gardens and the Johnson County Arts and Heritage Center are two points of cultural interest. The city is also home to the Overland Park Convention Center. 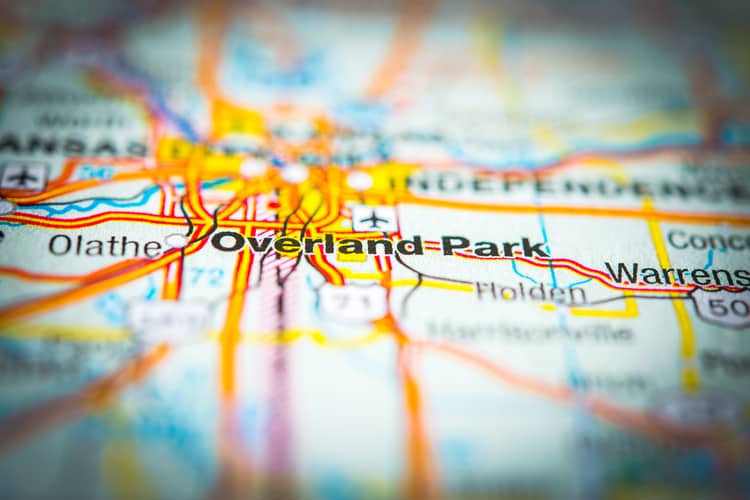 Kansas City is the third-largest city in the state of Kansas and also the seat of Wyandotte County. The city has a population of 147,598 and covers a total area of 124.81 square miles.

Kansas City is the site of the General Motors Fairfax Assembly Plant. Other major employers in the city include the University of Kansas Medical Center and the Village West business and entertainment district.

Additionally, there are several sites of historical and cultural importance included in the National Register of Historic Places. Some of the most notable landmarks include the Memorial Hall, the Rosedale Arch, the Granada Theater and the Scottish Rite Temple. 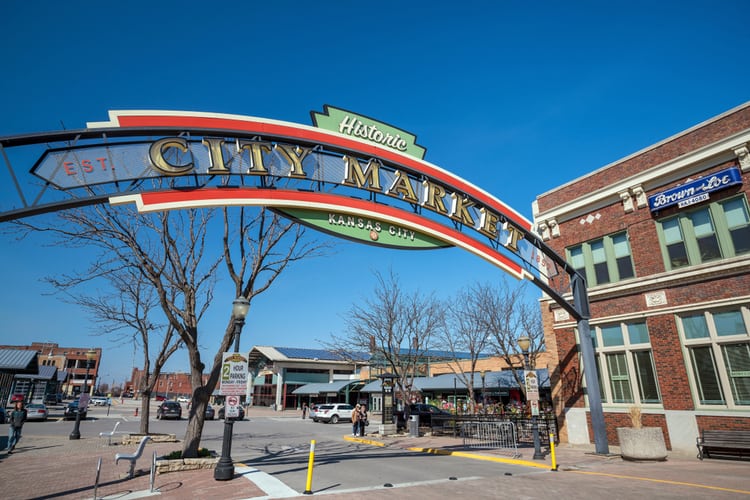 Olathe is the seat of Johnson County, located in Eastern Kansas. With a population of 129,913, it is the fourth largest city in Kansas. Olathe traces its history back to 1857 when it was incorporated by John T. Barton and named “Olathe” meaning “beautiful” in the local language.

Olathe is home to the Kansas State School for the Deaf and also the MidAmerica Nazarene University. Olathe also has the second busiest airport in the state in the Johnson County Executive Airport. In addition to this, Olathe is the site of one of the 20 regional air traffic control centers that control the US airspace. 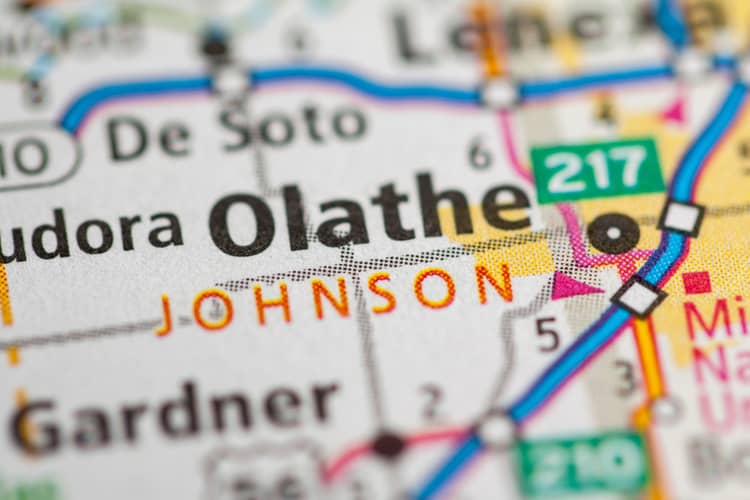 Topeka is the capital city of the state of Kansas. It is also the seat of the Shawnee County in Mideast Kansas and with a population of 127,660, it is the fifth most populous city in the state.

Topeka literally means “a good place to dig potatoes” and this is a direct reference to the city’s history as the producer of potatoes, corn, and wheat. The largest employer is the Kansas state government employing nearly 70% of the city’s government workforce.

The educational, healthcare and social services industries also employ more than 20% of the workforce. Topeka is home to the Topeka Symphony Orchestra. Other major points of interest include the state capitol building, the Kansas Expocentre and the Topeka Park whose main highlight is the statue of Abraham Lincoln. 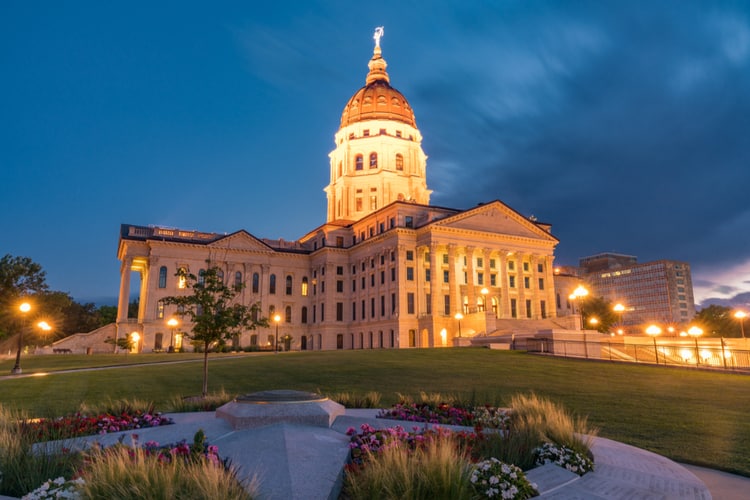 Lawrence is the seat of Douglas County and with a population of 90,194, it ranks as the sixth most populous city of Kansas. Lawrence played an integral part in the Bleeding Kansas, which is the name for a series of violent civil confrontations over slavery.

Kansas gained statehood during the conflict and it took several decades and eventually the civil rights movement to completely abolish the decades-old stigma. Today, Lawrence is more famous for its thriving music and art industries.

The Lied Center of Kansas is renowned for presenting Broadway musicals and globally recognized touring dance companies. The city is also home to many bands and record labels such as Kansas, White Flight, Ghosty and The Anniversary. 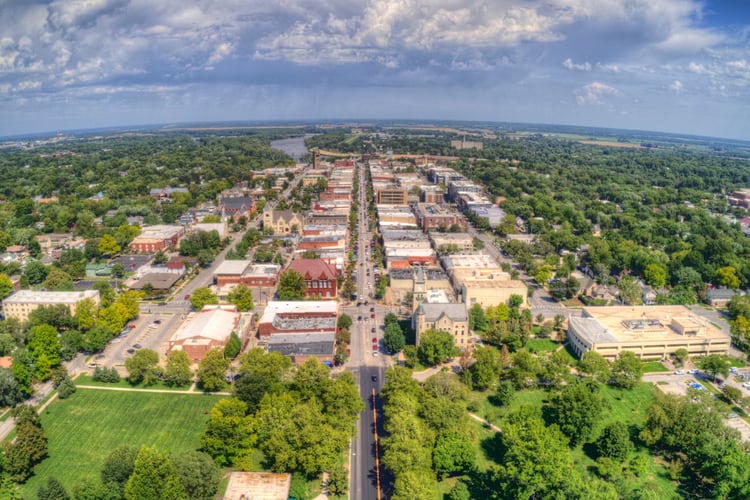 Shawnee is the seventh most populous city in Kansas with a population of 63,597 people. Shawnee’s history is basically intertwined with the history of Kansas City as well as the entire state of Kansas since this was the site of one of the oldest Indian settlements.

Shawnee has been repeatedly included in one of the best cities to live in the country. The city is more or less a suburb of Kansas City and has several attractions such as the Wonderscope Children’s Museum of Kansas City, a zip line park called Zip KC, the Shawnee Mission Park and the Black Hoof Park. 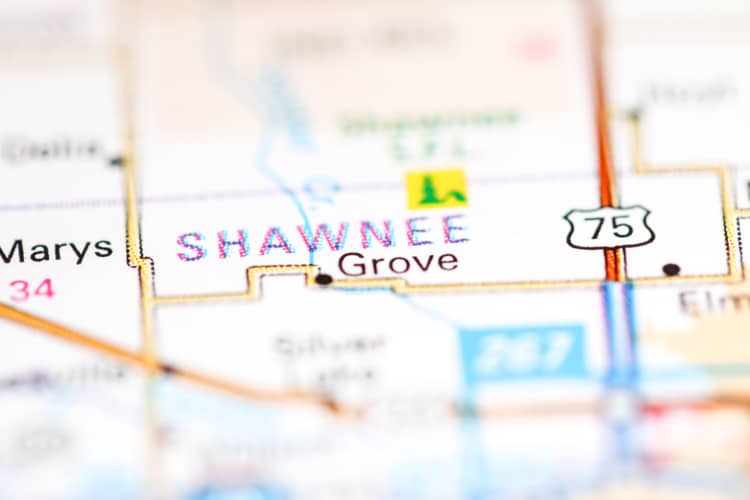 Located in northeastern Kansas, Manhattan city is the seat of Riley County and extends into the neighboring Pottawatomie County as well. With a population of 55,112, it ranks as the eighth-largest city in the state.

Manhattan is a university town and home to Kansas State University. More than half the population of the city comprises of local and international students.

Furthermore, the city is also home to the Manhattan Christian College, the American Institute of Baking and the Kansas Building Science Institute. Manhattan city has several student-oriented events organized regularly throughout the year such as the unique Fake Patty’s Day organized a week before St. Patrick’s Day as the holiday falls during the spring break. 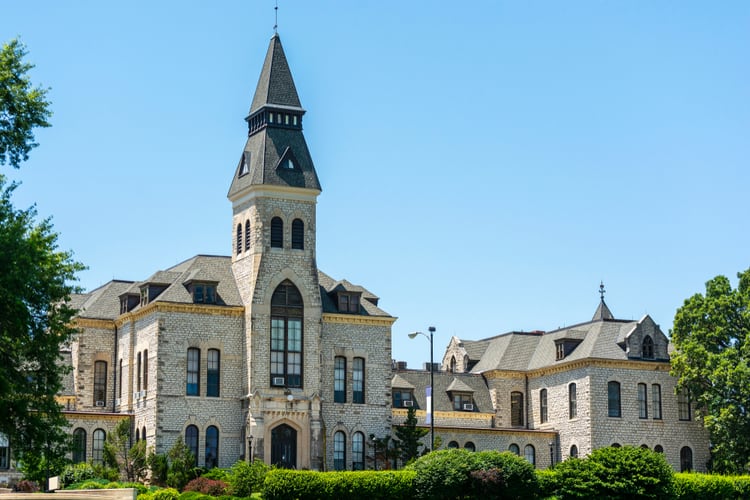 Most Populated Cities in Kansas

These are the largest cities in Kansas by population. 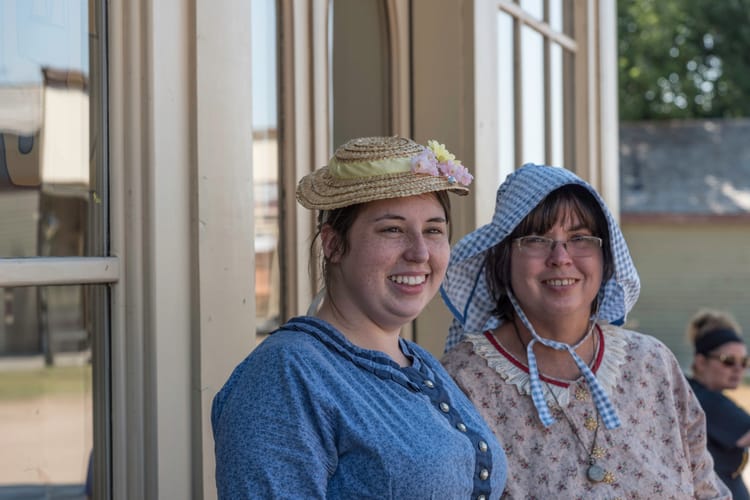 How many of the largest cities in Kansas have you visited? Leave a comment below!