Las Vegas is located on the southern tip of Nevada and is billed as “The Entertainment Capital of the World.” With a population of 644,644, it is the most populous city in the state as well as the 28th most populous in the United States. It is the seat of Clark County.

Las Vegas is a global leader in the hospitality industry and is a major venue for business conventions with several grand hotels and mega-casinos in the area popularly known as the Las Vegas Strip. It is one of the most visited tourist destinations in the world.

Las Vegas is also a major cultural center of Nevada with several museums situated in the city such as the Neon Museum, the Las Vegas Natural History Museum, and the Nevada State Museum. Nevada is also home to three professional sports franchises, the Vegas Golden Knights (NHL), the Las Vegas Aces (WNBA), and the Oakland Raiders (NFL). 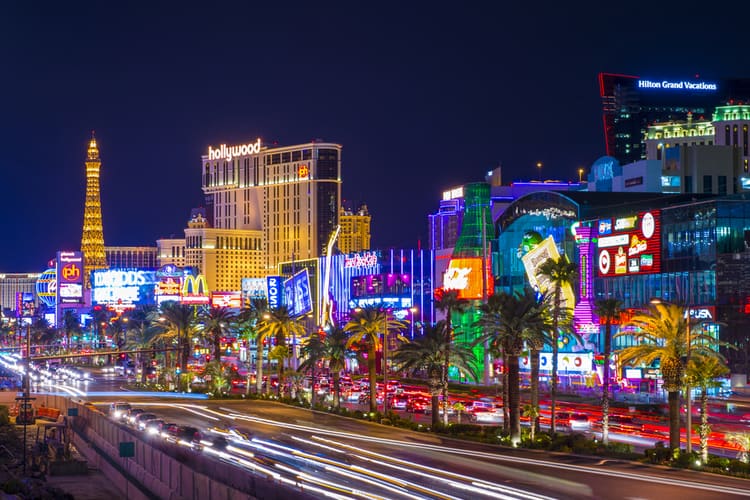 Henderson is located in Clark County in southern Nevada. It is the second-most populous city in the state with a population of 310,390. Henderson was an important supply center of magnesium during World War 2. The city was incorporated officially in 1953.

Henderson is the regional leader in healthcare with many hospitals and medical centers located in the city. It is also the setting for many movies and television series. Henderson has more than 37 miles of trails making it a very popular destination for hiking enthusiasts. 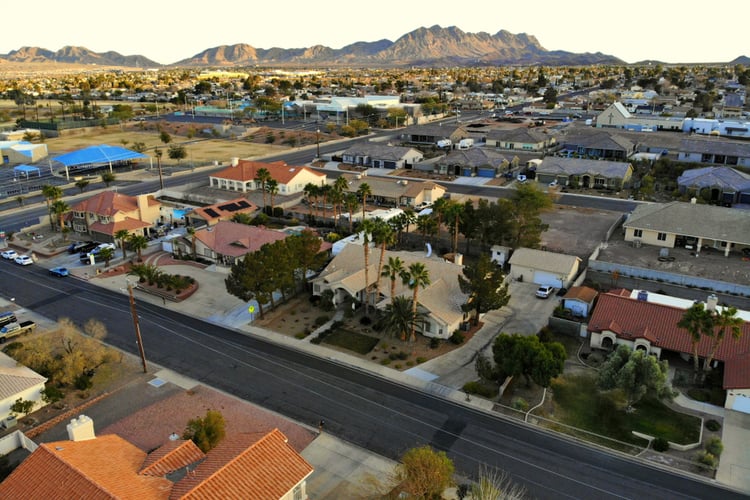 Reno is the seat of Washoe County in northwestern Nevada. It is the largest city in the county and the fourth-largest in the state with a population of 250,998.

Known as the “The Biggest Little City in the World,” Reno is fast becoming a major technology hub of the country. Several renowned names in the industry like Apple, Amazon, Google, Tesla, Microsoft, and Panasonic have operations and many more continue to increase or form new ventures in the area.

Reno is also a major tourism destination with several hotels and casinos spread throughout the city. The city is home to the University of Nevada at Reno. There are several notable museums located in the city as well such as the Nevada Museum of Art and the National Automobile Museum. 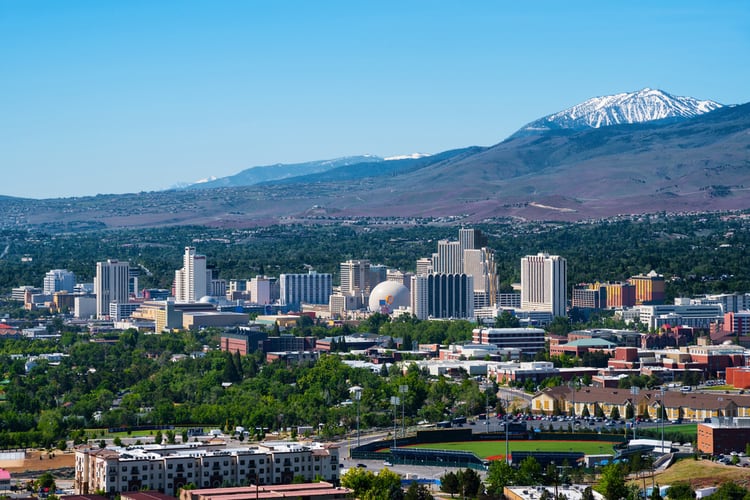 The city is an important center for manufacturing, industrial, and warehouse distribution companies. Recently, green energy, solar technology, and custom manufacturing facilities have identified the city as a possible destination and active development in this area continues. 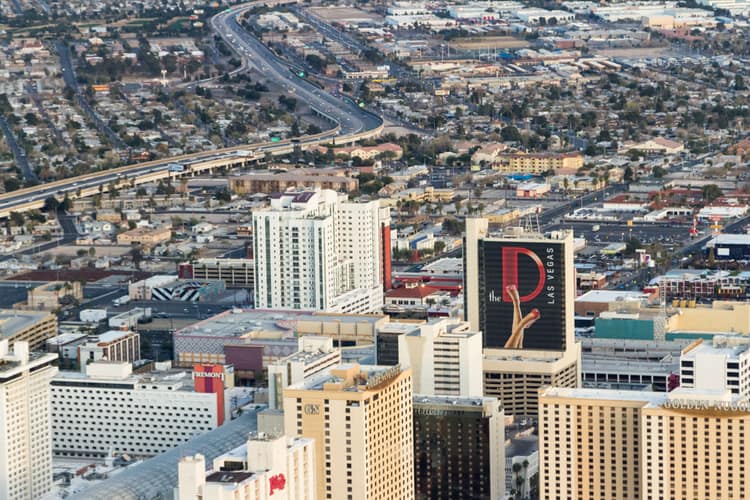 Sparks is located in Washoe County in northwestern Nevada. The population count of the city is 104,246 making it the fifth-most populous city in the state. Sparks and the adjoining areas were originally inhabited by the Washoe People.

The most notable establishments in Sparks are the Nugget Casino Resort, the Sparks Marina Park, and the Nugget Event Center. Wildcreek and Red Hawk are the two golf courses situated in the city. 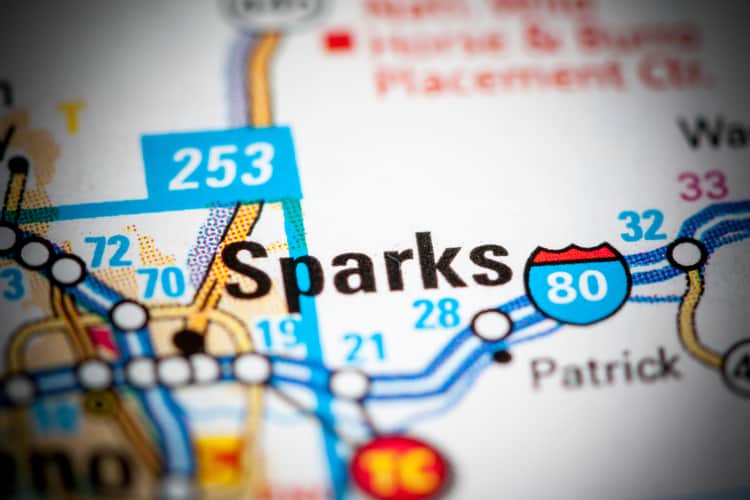 Carson is an independent city and the state capital of Nevada. Located in the western region of the state, Carson is the sixth-most populous city in the state with a total population of 55,414.

The state government is the largest employer in the city and Carson City is often the site of political demonstrations and protests owing to its status as the state capital. 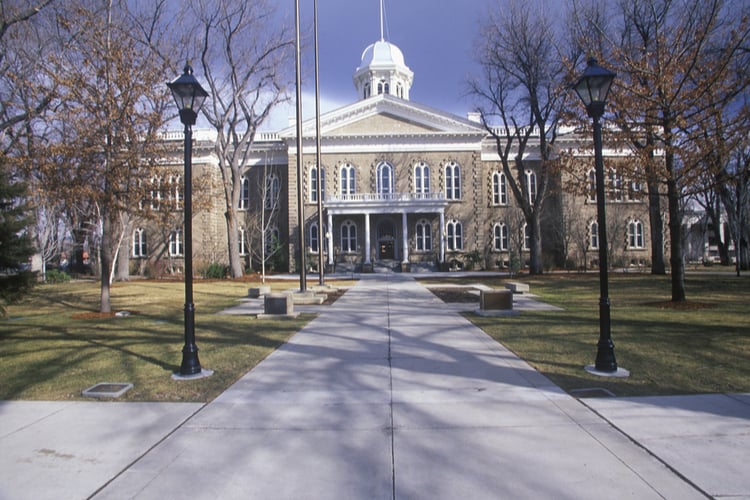 Fernley is located in Lyon County in western Nevada. It is the seventh-most populous city in the state with a population count of 20,692. It is one of the most recent cities to be incorporated with the city’s history starting only in 2001. Fernley was home to one of the world’s first Amazon centers.

Fernley is home to the famous Naval Air Station (TOPGUN) training program since 1996. The city also hosts events at the Reno-Fernley Raceway. The city is also the current site of Tesla Gigafactory 1, the first Tesla Gigafactory in the world mass-producing Tesla vehicles & components. 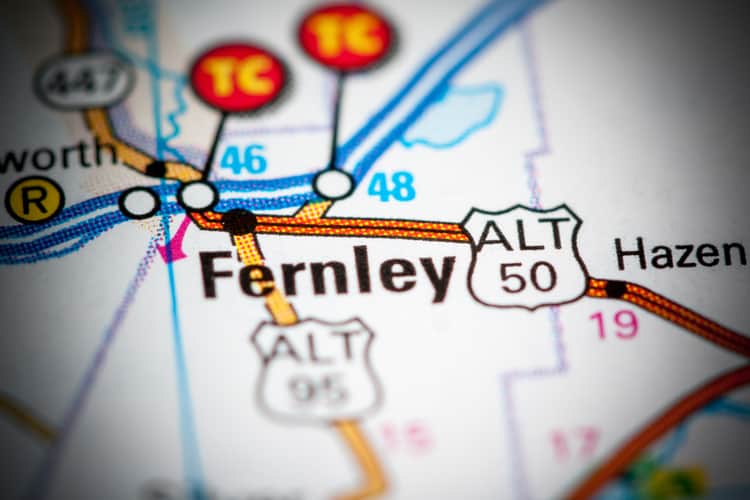 Elko is the largest city and the seat of Elko County in northeastern Nevada. With a population of 20,341, it is the eighth-most populous city in the state and is located beside the Humboldt River.

The city is touted as the “Heart of Northeastern Nevada.” Elko is an important gold mining town. It is considered the capital of Nevada’s gold belt region. The state of Nevada is the fifth largest producer of gold in the world and most of it is mined in Elko.

Elko is also a cultural hub of the region being home of the Western Folklife Center, the National Cowboy Poetry Gathering, and the National Basque Festival. Another notable attraction in Elko is the Ruby Mountains range which is home to the famous Lamoille Canyon mountain valley. 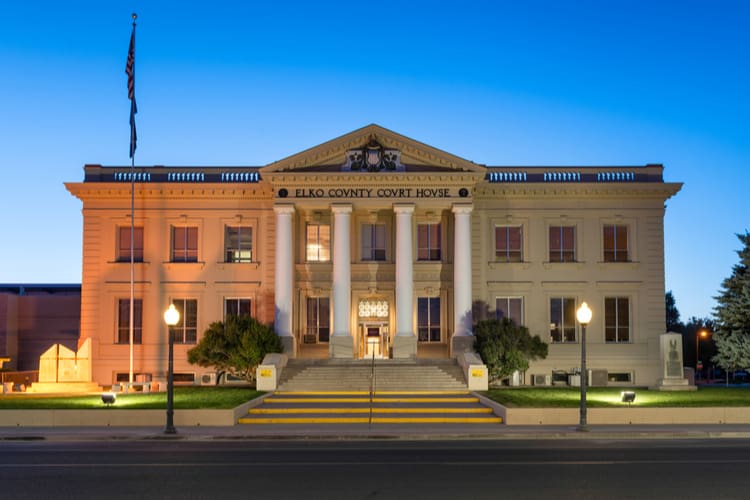 Most Populated Cities in Nevada