Indiana has a total of 120 municipalities officially designated as cities and with only four cities having a population of over 100,000. Indiana was inhabited by the indigenous Native American people for thousands of years before it officially became a state.

Indianapolis is the capital and most populous and largest city in Indiana with a population of 867,125. It is also the seat of Marion County.

Furthermore, its regional history goes back in time more than 4,000 years, when the areas were inhabited by the Native Americans. Indianapolis is most famous for hosting the largest single-day sporting event in the world, the Indianapolis 500-Mile Race.

Indianapolis is also home to two professional sports teams, the Indiana Pacers (NBA) and the Indianapolis Colts (NFL). The city is also notable for The Children’s Museum of Indianapolis, which is the world’s largest children’s museum. 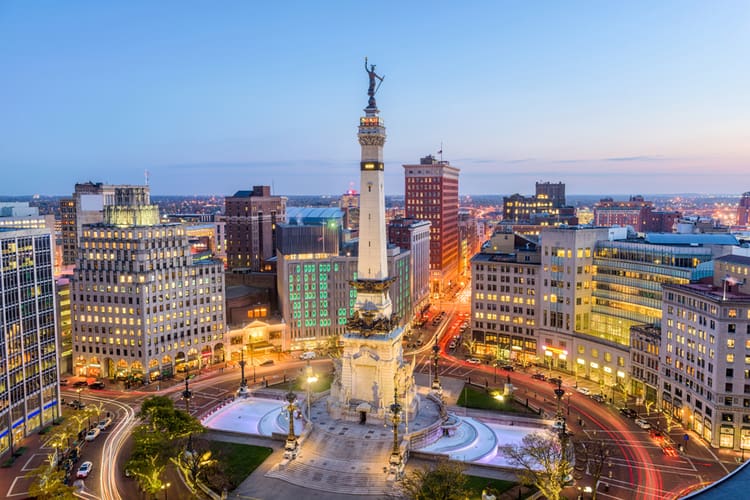 Fort Wayne was built by the US Army some 225 years ago after the American Revolutionary War. The city is the recipient of several All-America City Awards with the last one coming as recently as 2009.

The manufacturing industry in the city alone is worth more than $8 billion whereas other industries such as healthcare and retail trade also have a multibillion-dollar presence in the city.

Fort Wayne’s most important cultural site is the Embassy Theatre which also hosts the Fort Wayne Philharmonic Orchestra. Other cultural attractions include the Fort Wayne Museum of Art, the Grand Wayne Convention Centre, and the Fort Wayne Children’s Zoo. 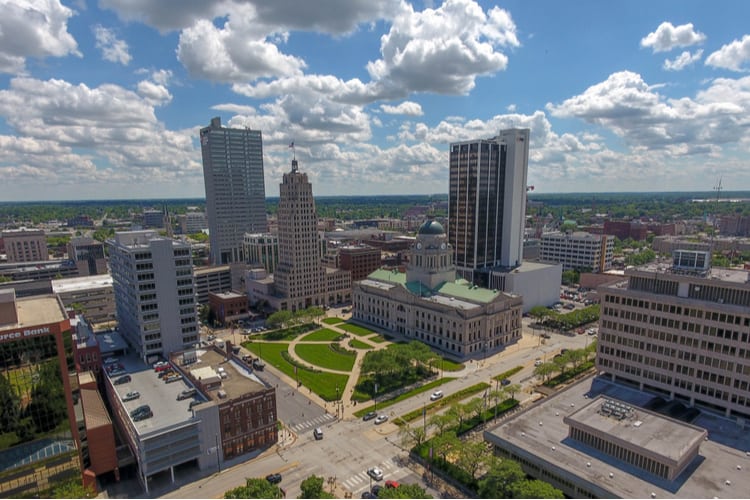 Evansville is the seat of the Vanderburgh County and with a population of 117,963, it is the third-most populous city in Indiana. Located in the southwestern part of Indiana and just beside the Ohio River, the city is the major commercial and cultural hub of the region. 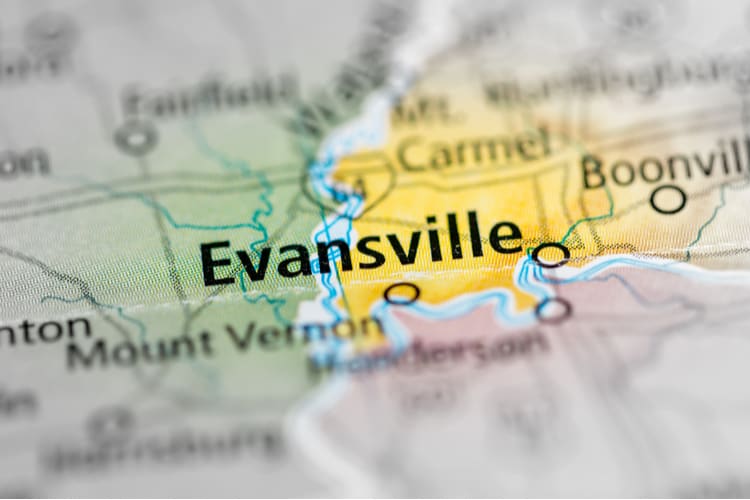 South Bend is the fourth most populous city of Indiana (101,860) and also the seat of the St. Joseph County. The city is the cultural and economic center of northern Indiana.

The University of Notre Dame is located just north of the city limits in an as-yet unincorporated town of Notre Dame and is usually considered part of South Bend as well.

Historically, South Bend was settled by fur traders and later became the epicenter of the economic activity in the region. Today, the economy depends mainly on the education and healthcare industries in addition to a multitude of small businesses that operate in the city. South Bend hosts several annual festivals, the most notable being the annual South Bend International Festival. 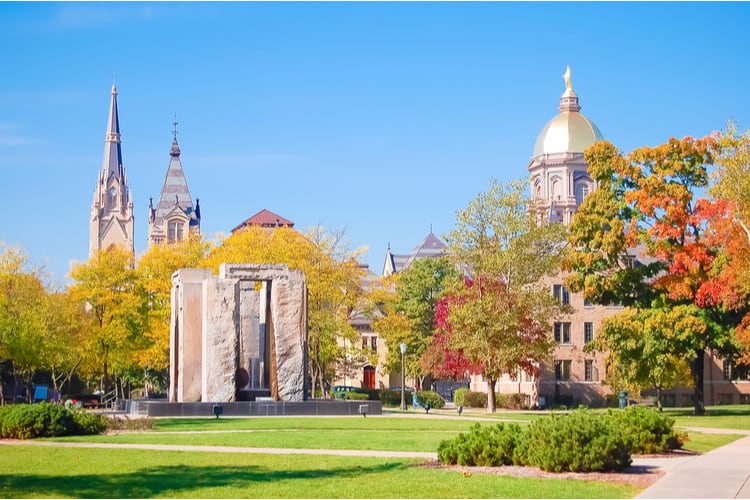 Carmel is located in Hamilton County and with Indianapolis located just to the south of Carmel, the city is effectively one of the suburbs of the state capital. However, with 93,510 inhabitants, it is still the fifth most populous city in the state and proudly boasts a highly educated and relatively affluent population. Carmel is often cited as one of the best and safest places to live in the country.

The city is home to several attractions including the Rollfast Gran Fondo (the state’s only Gran Fondo, or a long-distance cycling event), the Carmel Farmers Market, the Monon Trail, and the Carmel Arts and Design District. 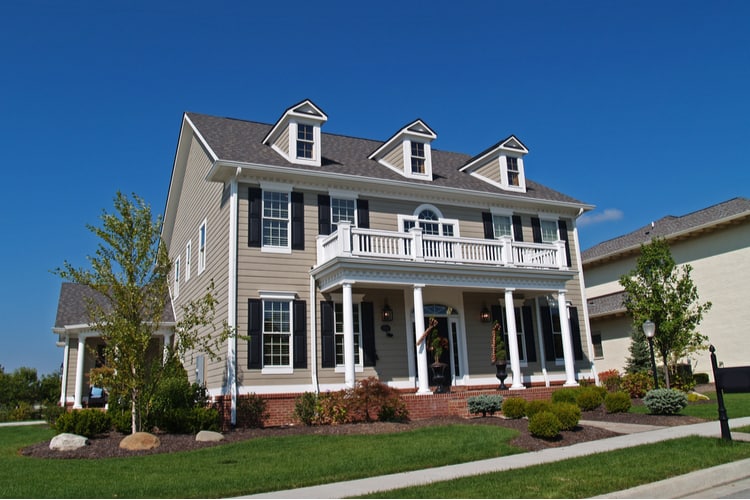 Fishers is located in Hamilton County in central Indiana and is a major suburb of the state capital, Indianapolis. With a population of 93,362, it is the fifth most populous city in Indiana.

It is also one of the fastest-growing cities in the region with the population growing nearly tenfold in a space of just 20 years. Fishers is home to the Geist Reservoir where the locals can engage in activities such as fishing and waterskiing. 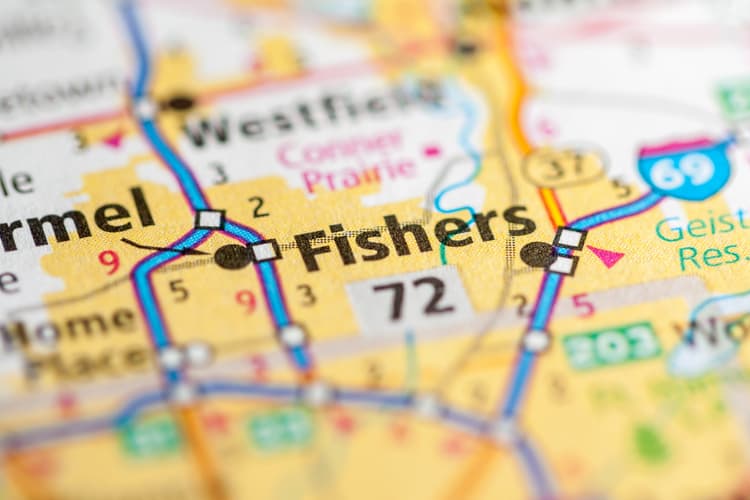 Bloomington is located in southern Indiana and also the seat of Monroe County. With a population of 84,981, it is also the seventh-largest city of the state and is often marketed by the city government as the “Gateway to Scenic Southern Indiana.”

Bloomington’s economy relies heavily on the Indiana University Bloomington which is responsible for nearly 10,000 jobs alone. Other major industries besides education include life sciences and technology. 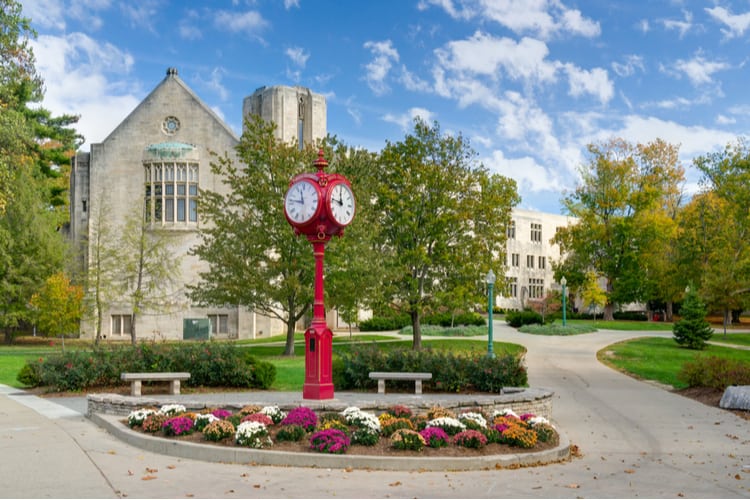 Hammond is located in Lake County in the northwestern tip of Indiana. The city has a bustling population of 75,795 and it is one of the oldest cities incorporated in the region. Hammond is bordered by Lake Michigan in the north and the Little Calumet River in the south.

Hammond is home to Purdue University Northwest and also the Kaplan University. Hammond also has a total of 14 properties and districts listed in the National Register of Historic Places. 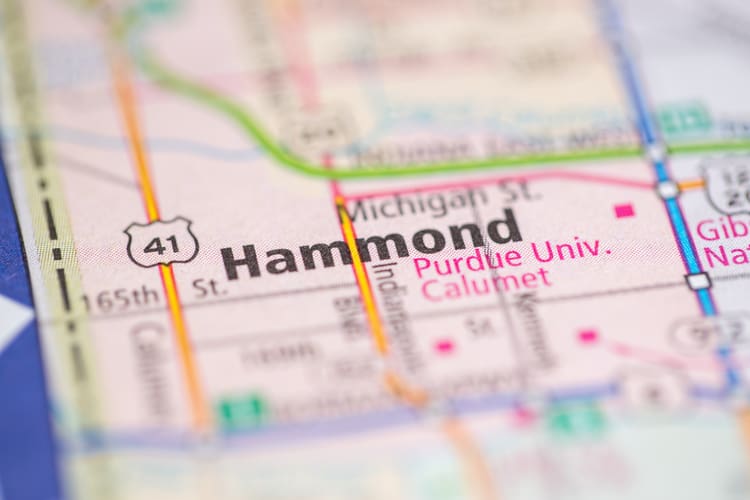 Most Populated Cities in Indiana

These are the largest cities in Indiana by population. 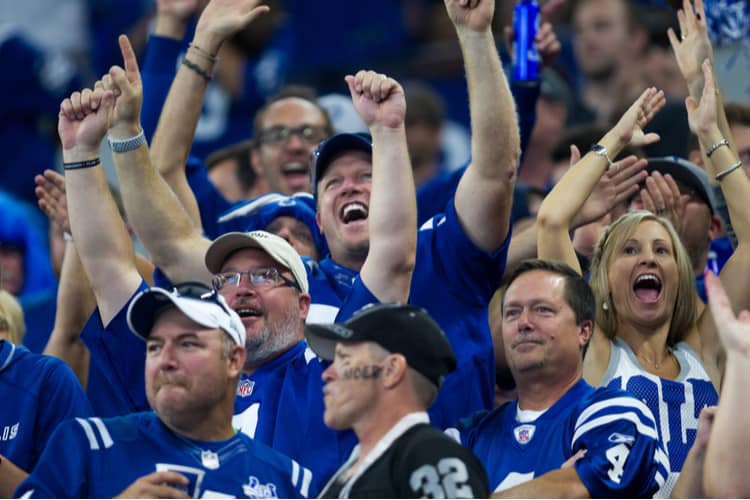 How many of the largest cities in Indiana have you visited? Leave a comment below!