Price comparison site momondo has listed the 12 most budget friendly destinations around the world, one for each month in the year to come. The budget will last for a long time in places like Phnom Penh, Lima and Budapest, but all destinations in this list offer some lovely experiences at a low cost.

Costs have been taken with the typical holiday products such as beer, taxi, dinner at a restaurant and a night at a three-star hotel. Destinations offer everything from culinary and cultural experiences to the party and shopping.

– In Phnom Penh, it is cheap and generally in Colombo the ones who get hungry, can expect much food for the money. In Tunis you can rest your legs, as they got the cheapest taxi while a beer is twice as expensive in New Orleans than in Cape Town, says Robin Eriksson, Sweden Manager at Momondo.

January, Phnom Penh / Cambodia
The capital of Cambodia has much to offer. The city used to be known as the “The Paris of the East” and still offers colorful shopping, food, and culture. In January, Phnom Penh is a welcome escape from the cold for travelers with a temperature of 30 degrees.

February, Lima / Peru
In Lima, Peru’s largest city and the capital city, you will find a mixture of past and present. The city was founded with the name “Ciudad de los Reyes” and is since 1991 a UNESCO World Heritage Site. In February, the weather is at its best in Lima, the sun is shining and without the otherwise usual thick, damp mist welcomes visitors with panoramic views of the Pacific Ocean.

March, New Orleans / USA
The American New Orleans is Louisiana’s largest city, and always offer something for the festive travelers.
The Big Carnival Mardi Gras in February, visited annually by millions of people, but for those who prefer fewer crowds, March, is an equally nice month for nightlife and dining experiences as the city’s weather.

May, Tbilisi / Georgia
Tbilisi is perfect for those who want a culinary experience. The capital of Georgia is a bit of a gourmet paradise with “khinkhali” (dumplings) and “khackapuri” (Georgian pizza) served throughout the city. The old part of the city is very beautiful and there is also the famous thermal baths. During the month of May, you are welcome to enjoy the early summer heat in Tbilisi.

June, Izmir / Turkey
Izmir is a port city in western Turkey, which was founded by the Greeks in ancient times. The city has a rich history and has been home to many different cultures. A visit during the month of June provides the opportunity to experience one of Turkey’s largest cultural celebrations, Izmir Festival. The festival offers a mix of classical and modern ballet, theater and music in a moderately hot weather.

July, Budapest / Hungary
Budapest is a known favorite among both business travelers, budget travelers and weekend travelers. Hungary’s capital is considered one of Europe’s most beautiful cities and offers a unique blend of past and present. In July, the city is at its best – enjoy parks, museums and antique shops between cozy café and restaurant visits. Budapest is also famous for its baths and spa treatments. The price level is very low here, which means you get a lot of luxury for the money.

August, Porto / Portugal
During the summer it can be difficult to find good budget destination, but Porto is clearly one of the best destinations if you want to get a lot of money. Porto is the second largest city in Portugal and is also home to the football club FC Porto. It serves good food, coffee and especially wines in a very beautiful environment. The city is perfect for a romantic trip.

September, Oaxaca / Mexico
Oaxaca de Juarez is surrounded by beautiful valleys and mineral springs, just outside Oaxaca is the famous archaeological site of Monte Alban, built 500 years before Christ. The city offers a genuine surprise and cheap prices. September is the perfect month for an affordable trip here.

October, Tunis / Tunisia
When the chilly winds pulls towards Scandinavia, Tunisia’s capital city is an ideal destination. In addition to the warm climates, the town is perfect for those who have less traveling funds. Tunis is also one of North Africa’s most exciting cities. Here are several souks (markets) with both fun and cheap shopping.

November, Cape Town / South Africa
South Africa’s second largest city, Cape Town is affordable, welcoming and modern. No matter what you are after then Cape Town has something for you, sports activities, swimming and beaches, history and art, food, and wine. During the month of November, you can enjoy a pleasantly warm weather, light winds and low chance of rain. There is also the opportunity to see some of the world’s most beloved animals at close range.

December, Colombo / Sri Lanka
Sri Lanka’s commercial capital, Colombo, has in recent years turned into a simple but cool vacation spot. Colombo is the perfect destination to round off the year by enjoying great food and a lively nightlife at a ridiculously low price. Here you can experience everything from meditation to fusion-food restaurants and December is the perfect month for a visit here.

The prices are from 2014, from the consumer database at Numbeo, who collects data about price level in cities and countries around the world. 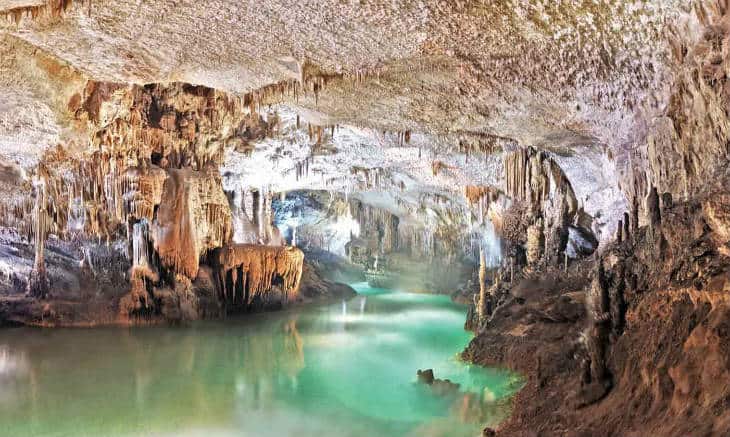