Aussie Meat Pie is a quintessential Australian Dish that is synonymous with the country’s identity. And while the western world is fond of eating pie for desserts, Aussies have created their own version of pie and made it an integral part of their food culture.

You will find special pie shops all over the country and they are quite popular as well. The Aussie meat pie is made from cheese, minced meat, onions, gravy, and mushrooms.

These ingredients are then complemented with a special sauce that gives that final savory touch. If you want to try Australian food, it doesn’t get much more typical than the Aussie meat pie. 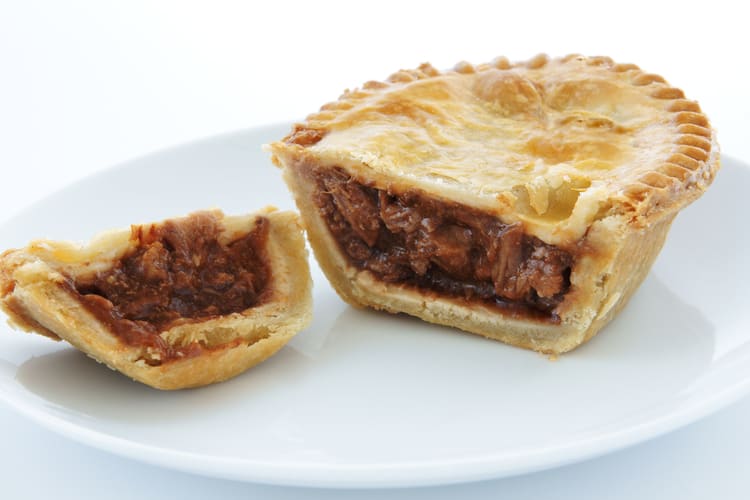 Barramundi is another treat from the Australian cuisine that you shouldn’t miss. The literal meaning of the name in the Aboriginal language is “large-scaled river fish”.

It’s often fried or grilled and while you can find it across the country, Queensland is known for having the best Barramundi. 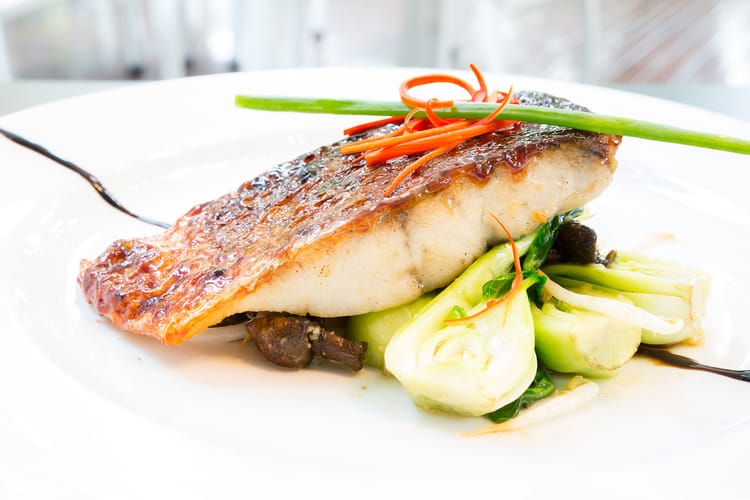 Vegemite is the favorite spread that is unique to Australian cuisine. It’s made from leftover brewers’ yeast extract and additives. Vegemite was first produced in 1922 and has since become a nationwide favorite.

It’s typically served on a toast and can be had for breakfast, lunch or a snack on the go. It’s quite similar to the British Marmite. 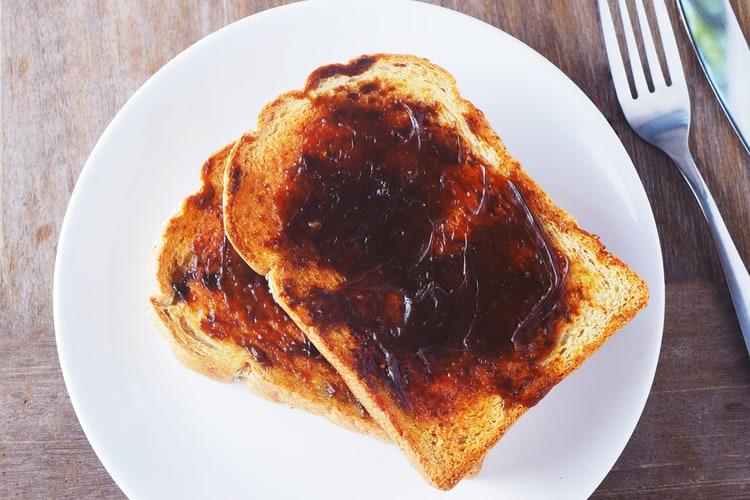 Australians prepare the lamb leg roast tenderly and the locals take great pride in this dish. Aside from the obvious main ingredient, the list of remaining ingredients is surprisingly short comprising of a mixture of olive oil, garlic, and rosemary.

At restaurants, the dish is normally served with baked potatoes and it is considered to be a heavy meal that would end your busy day in Aussie land quite well. 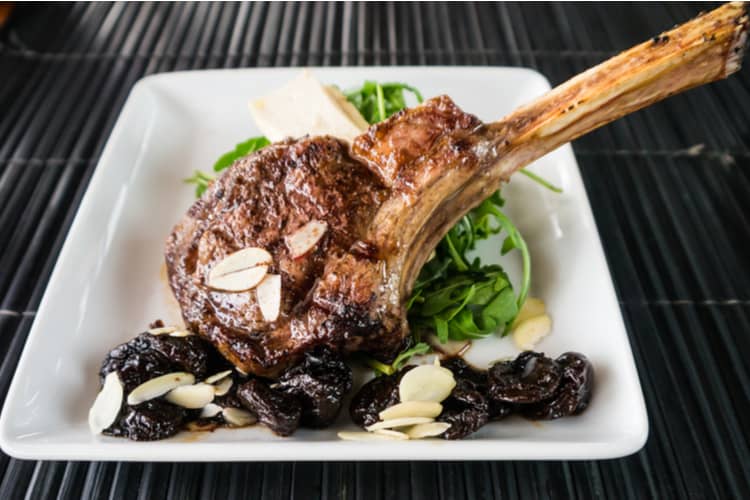 Australians love to party and you should not be surprised if you’re invited to a traditional barbecue. Barbecued snags are usually made from beef or pork which is topped with your favorite kinds of spices and sauces.

The final serving will be complemented by some mashed potatoes and fried onions that will make it a delightful experience. 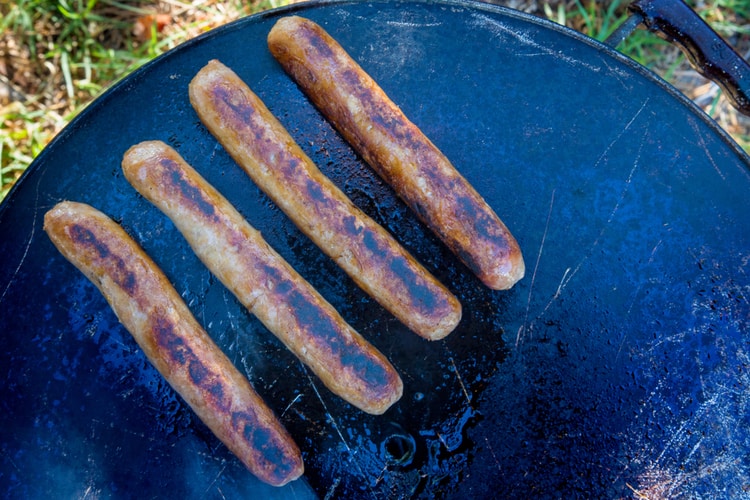 This small roll is a healthy source of nutrition on the go and the Australians have been loving it since 1951. Chiko Roll is dough strip rolled and filled with stuffed beef, cabbage, onions, and carrot.

Originally it was invented so people could hold the Chiko roll in one hand and enjoy their beer in the other. Though it was inspired by the Chinese spring roll, the Australians brought their own modifications and invented something totally new. 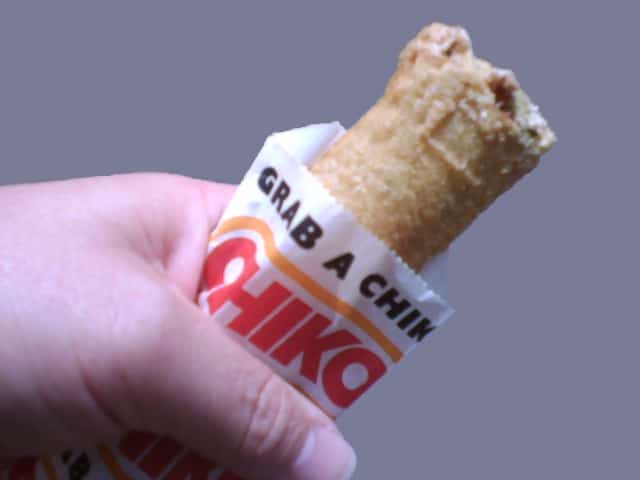 Witchetty Grub is a traditional food from the Aboriginal people, the natives of Australia. It’s basically a large wood-eating larva of a moth that is edible and packed with protein.

Some people like eating it raw but adding peanut sauce and barbecue them is also popular. Witchetty Grubs might not be something that the typical Aussie eats on a regular basis, but it sure is a unique type of food from Australia. 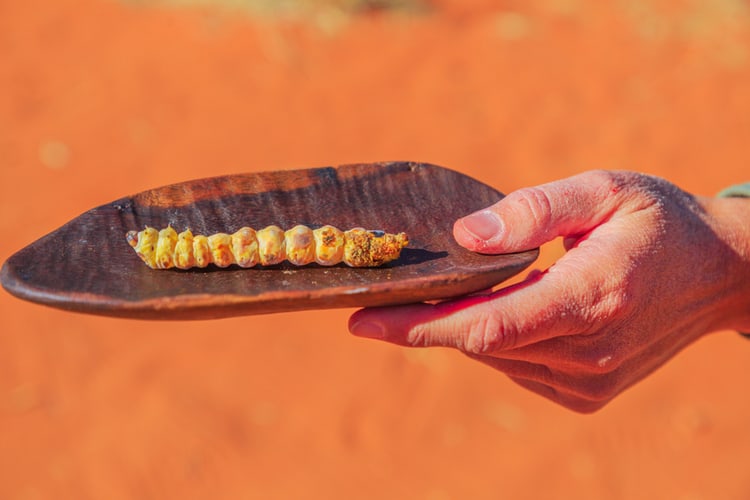 The main ingredients used to prepare Chicken Parmigiana are eggplant, chicken schnitzel, tomato sauce, and melted cheese. You can also add prosciutto if you want to make it more special. It’s served with chips, either on the side or under the parmigiana.

Eating a kangaroo can seem somewhat controversial to foreigners, who often adore these powerful creatures. It’s the national animal of Australia but hunting is still allowed, so you’ll find grilled kangaroo all over the country.

This is also the only place in the world where kangaroos exist naturally, and grilled kangaroo is one of the classics when it comes to Australian food. It’s actually very healthy too since kangaroo meat is considered lean and low in saturated fats. 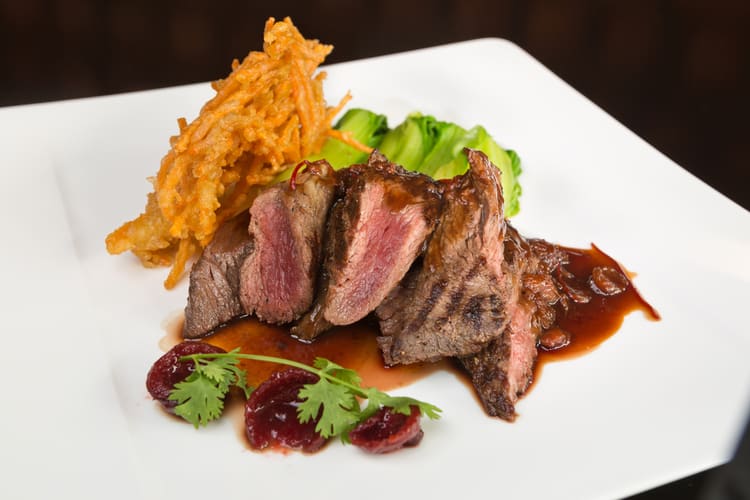 Aussie Burger with ‘the lot’

This is a typical Aussie style burger which seems like a normal burger at first but it’s definitely not your standard burger.

The main ingredients used to prepare this burger is meat patty, bacon, cheese, lettuce, tomato, fried egg, pickled beets, and pineapple slices. Adding pineapple to your burger may sound quite bizarre but it adds a unique touch to the Aussie Burger with “the lot”. 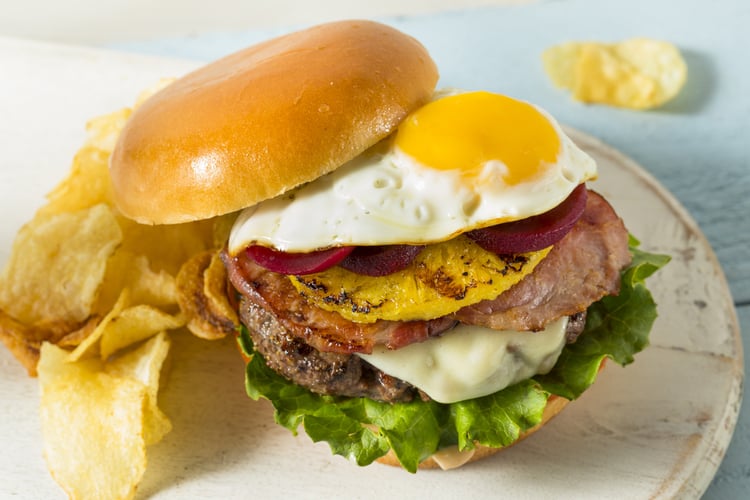 If you are traveling to the mountains, the pumpkin soup is one of your best choices. For an authentic Australian experience, be sure to taste the version that has some granny smith apple in the soup. It’s a great dish to keep you warm during the winter months.

If you want to get a good breakfast in Sydney then you must visit the famed Sam Smith Porch and Parlour where you can get the best Chilli Labneh Eggs.

Historically these biscuits are baked on the ANZAC Day, (Australian and New Zealand Army Corps) when they celebrate and remember that they fought alongside during the First World War.

The wives, sisters, and mothers prepared these biscuits for their men who went to fight the war. These biscuits contain oats, coconut, and a secret golden syrup. 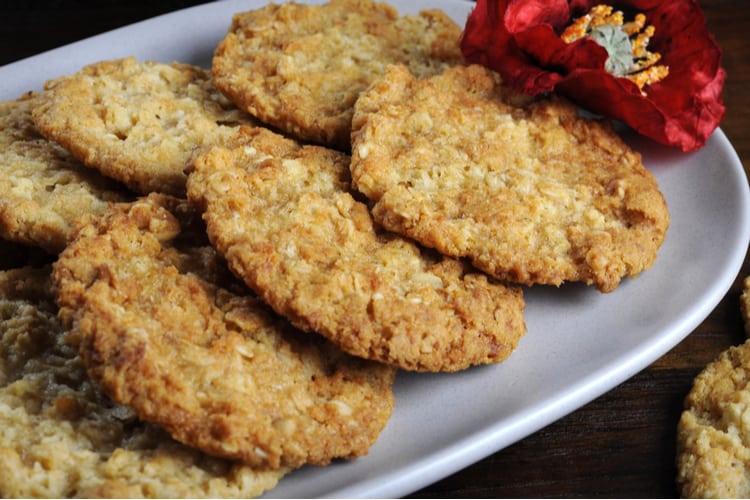 This famous sweet dish was either invented in New Zealand or Australia, and the debate is still ongoing today. Nonetheless, Pavlova is a fabulous cake with a base made of meringue and topped with fruits above whipped cream.

It is quite common to find fresh Pavlova at a bakery or coffee shop and it is also easily available in most of the prominent supermarket chains. (try finding it in the frozen dessert or bread section).

Lamingtons are soft sponge cakes dipped in special chocolate icing and then coated with desiccated coconut. Many believe that they were named after Lord Lamington of Queensland from circa 1900.

The dish has been an integral part of the Australian culture for more than a century now and is widely available throughout the country in many common and often some delightful local variations.

More about Food in Australia

As you must have seen by now, Australians love all kinds of foods including different kinds of meat, vegetables, fruits, and it is also enriched with a variety of seafood. Having a barbecue is very typical for Aussies and everything can go on the grill.

Most Australian dishes can be served in various ways depending on the region and chef. One fascinating aspect of the local cuisine is that many of the dishes have existed for centuries and are still cherished by the youth and adults alike.

In addition to local food from Australia, there’s a plethora of international foods that you can eat due to multi-cultural cities. Most of the major cities in Australia are diverse with nationalities and people from all over the world. 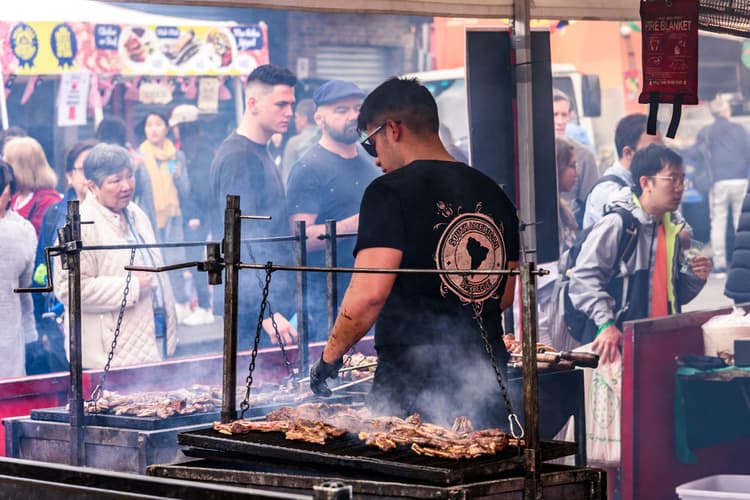 Here are some questions and answers that might be interesting to know before visiting Australia.

What do Australians eat for breakfast?

There are different options to choose from when it comes to breakfast in Australia. A typical breakfast comprises of a plate of farm-fresh eggs, mushrooms, smoked bacon, beans, sausages, hash browns, and grilled tomatoes.

Is Australian food healthy or unhealthy?

Australian dishes are generally healthy and the local cuisine consists of a lot of meat, vegetables, and seafood without too many prefabricated ingredients.

What is the most important meal of the day in Australia?

The most important meal in Australia is the breakfast, according to Nutrition Australia Victorian Division. It’s important to get a hearty start to the day with a full meal being eaten in the morning.

What is the national dish of Australia?

Roast Lamb is considered to be the Australian national dish.

Also read how to apply for an Australian ETA.

What is your favorite food from Australia? Leave a comment below!