National Parks in the UK vary significantly from other national parks in the world. While others are designated areas of nature preservation, many of the parks in the United Kingdom include villages and towns of cultural significance to the region.

The combination of nature and culture provides visitors with a lot more options for uniquely experiencing the national parks in the United Kingdom.

Brecon Beacons National Park includes the Brecon Beacons mountain range and other nearby mountains and landscapes such as the Fforest Fawr. Established in 1957, the park features many noteworthy natural landmarks in South Wales.

Some of the best destinations in the park include the Henrhyd waterfall, the tallest in South Wales, and the Ogof Ffynnon Ddu, the UK’s deepest cave.

Visitors can enjoy a mix of land and water activities – hiking, rock climbing, cycling, canoeing, and windsurfing. Trails extend the entire length of the park or to particular points of interest.

The Broads is a national park consisting of a network of rivers and lakes, forming one of the largest inland navigation systems. The waterways flow throughout Norfolk and Suffolk.

Boat tours are available for cruising through the various water channels.

The Broads achieved national park status for the conservation of the waterways and the surrounding ecosystems. Tourism is highly promoted in the region, providing visitors with lots of facilities and shops throughout the network to check out. 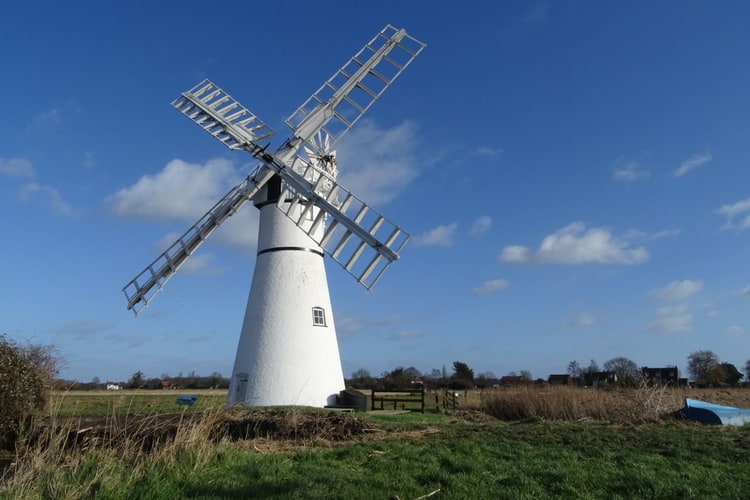 Cairngorms National Park is a premier park in Scotland filled with beautiful natural scenery. It’s a destination designed for enjoying the outdoors with a variety of activities available for visitors.

Tourism is the primary economic driver for the local communities. Over one million visitors come to the park for everything from scaling towering mountain peaks or trekking along one of Scotland’s Great Trails.

Cairngorms National Park includes the Cairngorms mountain range and other nearby areas, making it the largest park in the UK. 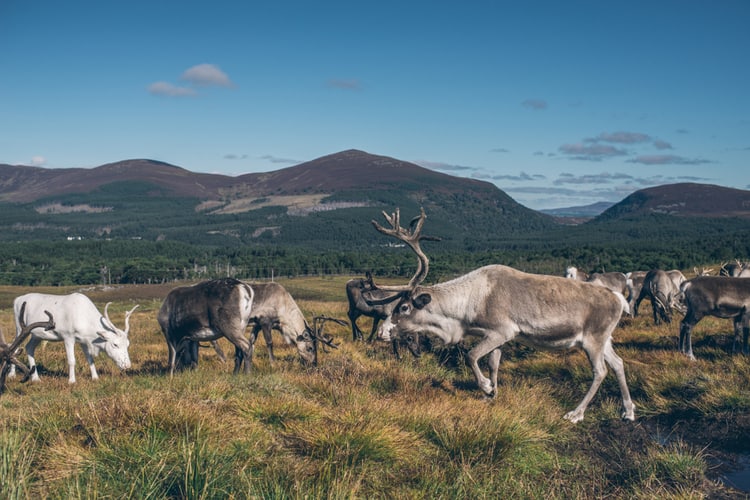 Exmoor National Park is a unique countryside known for the natural scenery, as well as historical and cultural landmarks located throughout the villages within the park. The landscape predominantly consists of highlands and mountainous areas, providing great viewpoints overlooking the park’s valleys.

The area now designated as the Exmoor National Park was formerly a Royal hunting ground, with the park established in 1954 for protection efforts of flora and fauna.

Some of the top things to do in Exmoor National Park are walks along the South West Coast Path, the longest trail in Britain, or hikes up the Dunkery Beacon for amazing views. 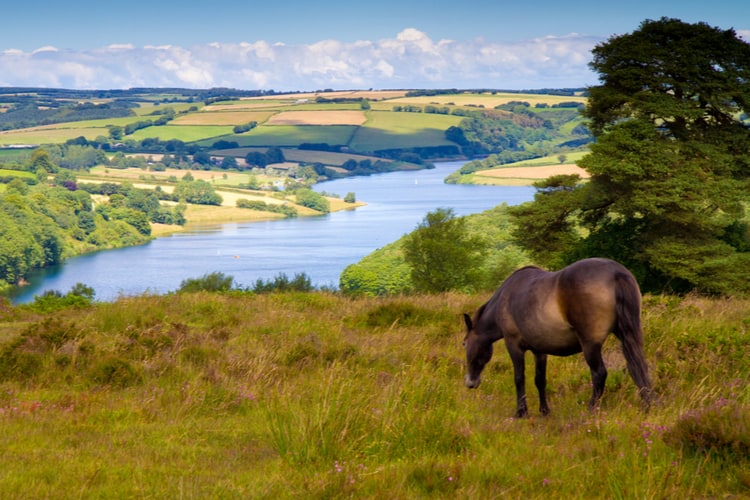 Lake District, as the name suggests, is an area in North West England famous for the abundance of lakes. The region, designated as a national park in 1951, includes the highest mountain in England, Scafell Pike, and Wastwaster Lake, among the largest in the country.

Lake District National Park is the most visited park in the UK, attracting over 16 million people annually, and one of the largest parks. Visitors can enjoy outdoor activities along the public routes and areas designated for open use to the public. 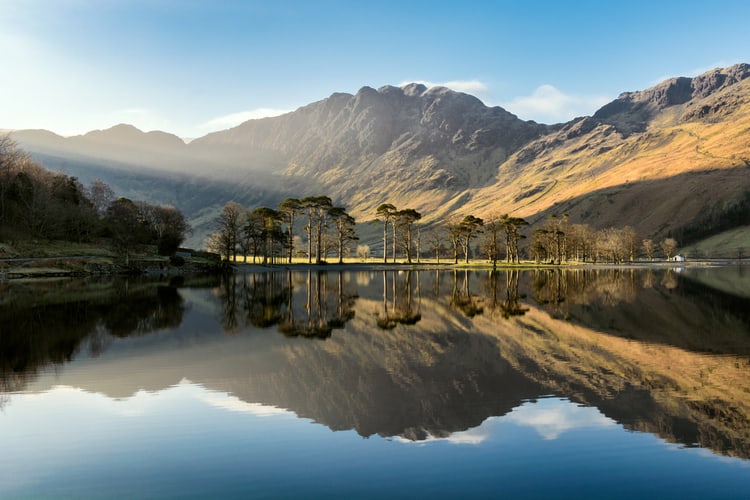 Loch Lomond and the Trossachs

Loch Lomond and the Trossachs is a national park established in 2002, including the Loch Lomand, and later expanded to the Trossachs. It’s home to two of the officially-designated best nature sights in Scotland and known for its abundant wildlife.

Millions of visitors arrive at Loch Lomond and the Trossachs national park every year, one of Scotland’s best places for boating. Hiking is a popular activity, with the most frequent destination being the peak of The Cobbler. It also features the West Highland Way, an extensive walkway along the shore of Loch Lomond. 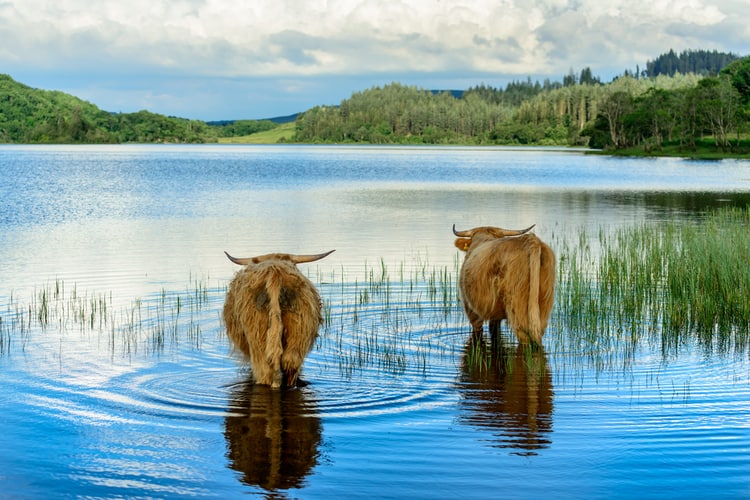 New Forest National Park remains an untouched region of unenclosed pasture and forest area. Its designation as a national park helps to maintain the natural appearance activity within the protected area of Southern England. 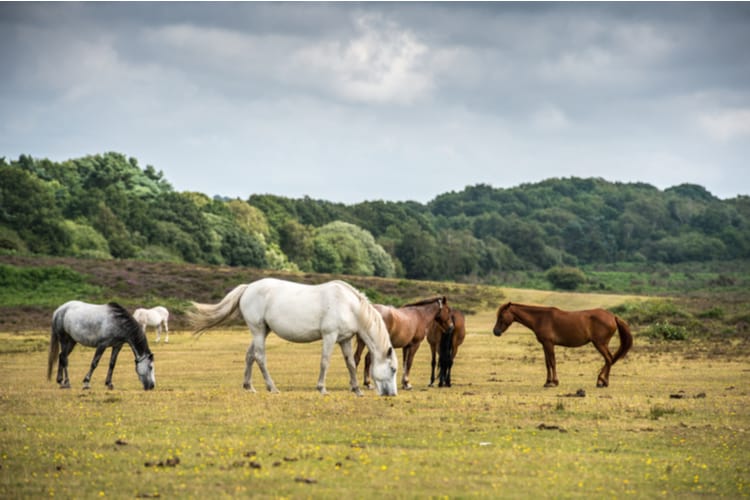 Northumberland National Park is a remote region in northernmost England where visitors can discover some of the purest nature in the UK. It’s one of the least visited parks because of the location, but aids with the preservation of the park’s serenity.

Northumberland National Park has some of the cleanest rivers and air, providing a great experience throughout the grassy region. It’s a region of hilly slopes, moorlands, valleys, and even features archaeological sites.

Popular activities at Northumberland include treks to the Hadrian’s Wall, scenic drives, and stargazing on clear nights. 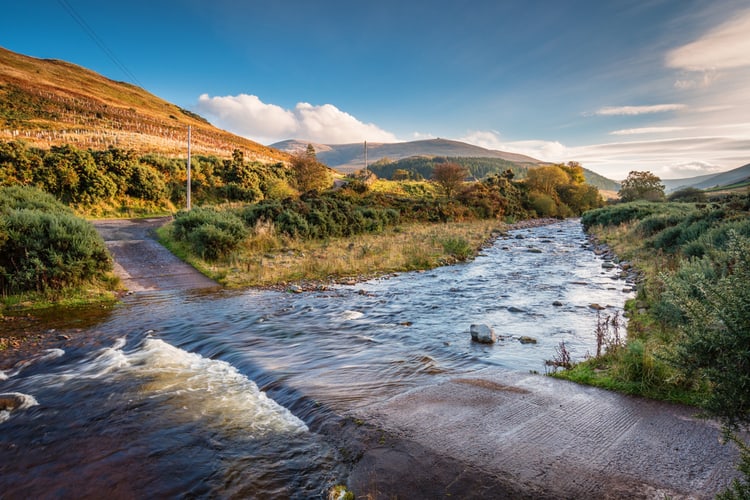 Established in 1952, North York Moors National Park represents one of the UK’s most extensive regions of heather moorland. It combines beautiful nature along with culturally significant landmarks.

North York Moors National Park is a destination for enjoying the outdoors, providing visitors with open access for leisure and recreational activities. The visitor center has exhibitions for more details about the park.

Take a ride along the North Yorkshire Moors Railway to see the vast landscape of the park and stop by some of the main cultural attractions such as the Danby Castle and Duck Bridge. 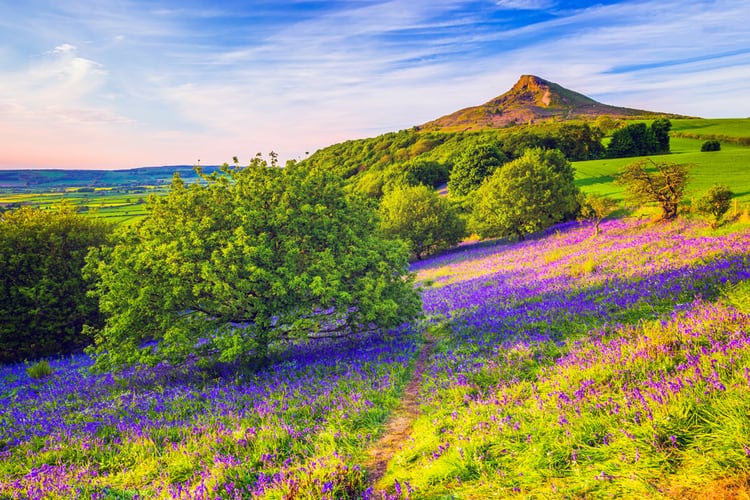 Peak District National Park is the United Kingdom’s first national park, established in 1951. Located near many major cities in the UK, it attracts millions of visitors annually.

It’s a popular destination for heritage sites, countryside towns, and outdoor recreation. One of the biggest appeals of the park is the scenic nature. It’s lovely to spend some days out in Peak District. 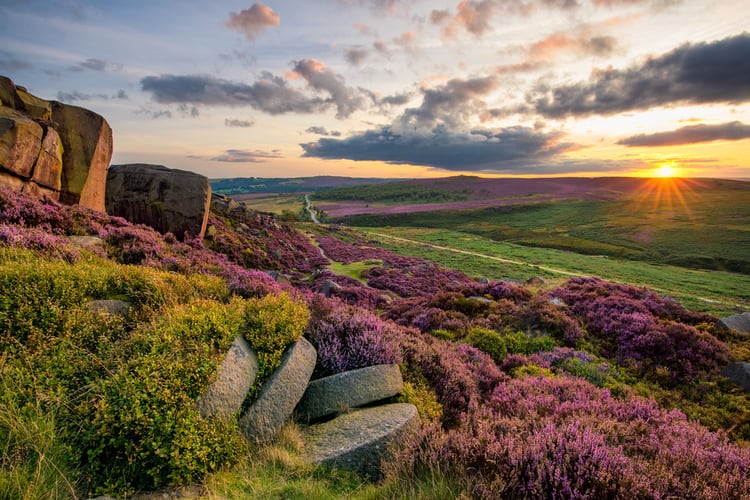 Award-winning beaches, scenic cliffs, and stunning coastal walks are just a few of the major highlights within the Pembrokeshire Coast National Park. The park, extending along the Pembrokeshire Coast in Wales, achieved national park status because of the picturesque coastline of the region, which also extends towards the inland hills and valleys.

Pembrokeshire Coast National Park is a destination for sustainable tourism – there are lots of walking paths, including the Pembrokeshire Coast Path, as one of the best long-distance footpaths running along the cliff tops. The park also includes archeological sites such as the Pentre Ifan. 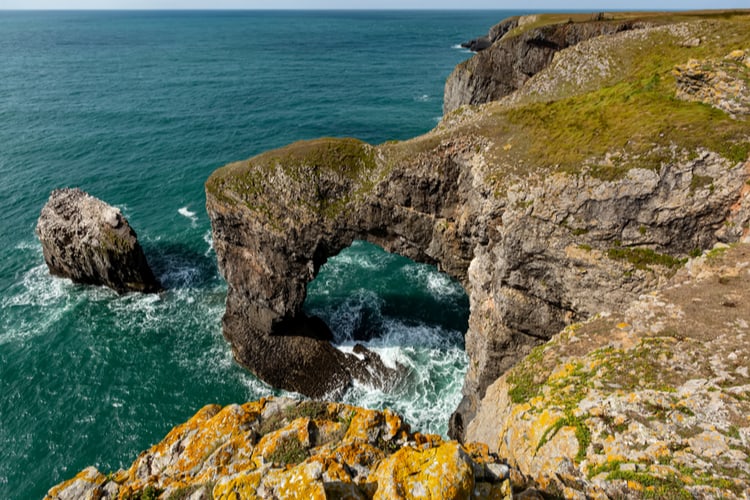 Snowdonia National Park is home to the Snowdon Massif mountain range, containing the highest peaks in Wales. Established in 1951, it’s one of the earliest parks in the United Kingdom. The mountainous region is perfect for visitors interested in scaling the mountainsides.

Hikes up the Snowdon mountain peak are the most challenging, but fantastic for experienced hikers to arrive at beautiful views overlooking the landscape. With millions of visitors arriving at the park every year, there are several other popular routes for varying skill levels. Guided treks are also available. 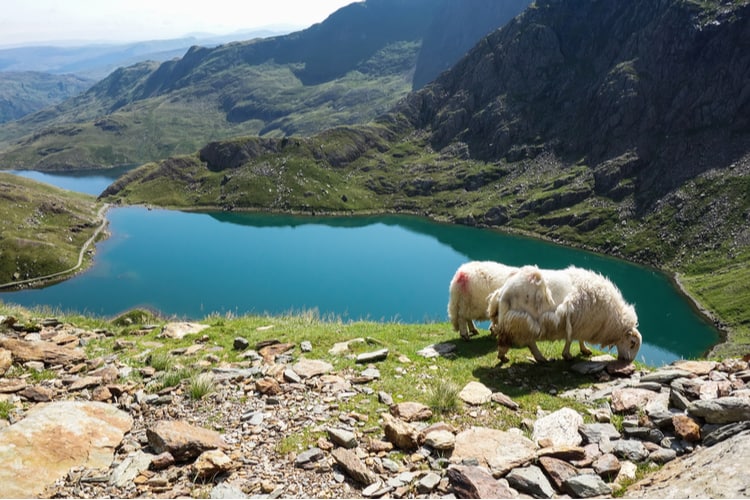 South Downs National Park has a scenic landscape of countryside coastal plains. It became the UK’s newest national park, established in 2011. In addition to the landscape, it also includes small local villages that are welcoming to visitors.

South Downs National Park includes the South Downs Way, one of the 16 National Trails in the UK, which runs through the entire park. The park is also popular for hiking along the hills – one of the best viewpoints is at Devil’s Dyke. Along with the hikes, visitors will see the abundant wildlife and birds residing within the park’s regions. 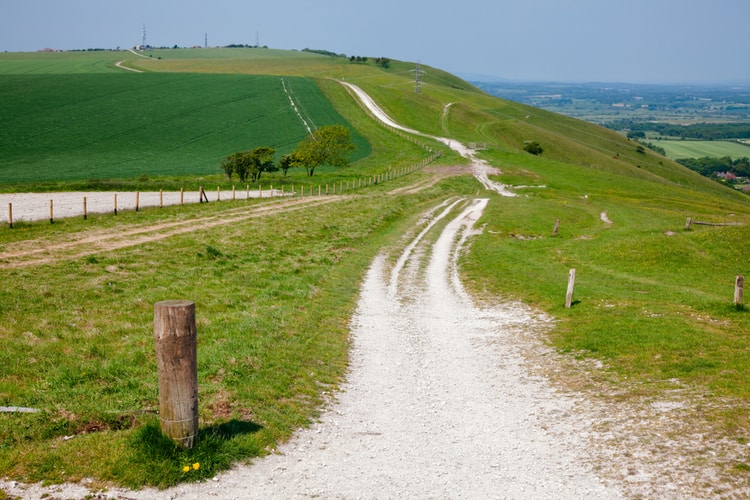 Yorkshire Dales National Park consists of a majority section of the Yorkshire Dales for land preservation. Millions of visitors come to the park every year to experience the scenic nature and historical landmarks within the park.

Yorkshire Dales is a famous walking region, with several long-distance treks and cycling paths established around the park. There are multiple visitor centers to learn more about the must-see sites in the park, including historic castles, waterfalls, and unique landscape sights. 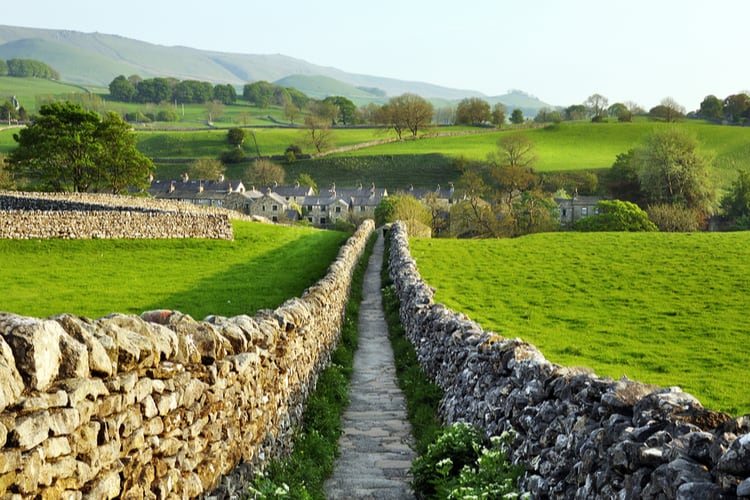 How many national parks are there in the UK?

The UK has 15 national parks, 10 of which are located in England.

What is the largest national park in the UK?

Cairngorms National Park is the largest national park in the UK, covering an area of over 4,500 square kilometers.