Want to know which are the highest mountains in Africa? Here’s a list of the tallest mountains and peaks in Africa measured by meters above the sea and where to find them.

All of the summits were created thousands of years ago from volcanic activity. Every year, many tourists come to Tanzania to climb Kilimanjaro and reach its highest peak. The mountain is considered to be a dormant volcano and is sometimes referred to a sleeping giant as it has been 200 years without any volcanic activity.

It’s also popular to combine the climb with a safari in the Serengeti afterward. 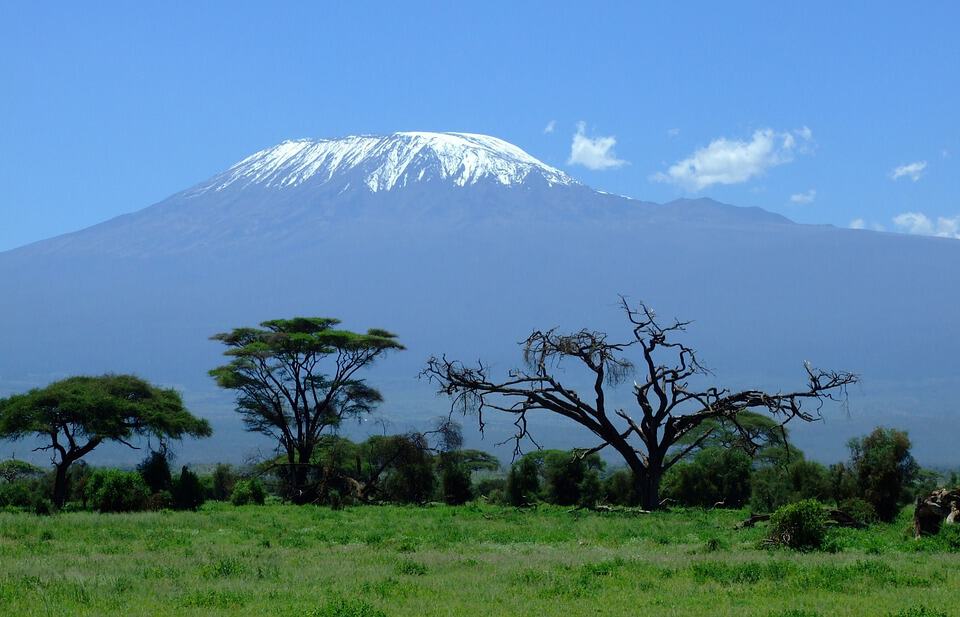 At 5196 meters, Mount Kenya is the highest mountain in Kenya, and the second tallest mountain in Africa. It’s made up of a cluster of volcanoes, just some 20 km north of the equator.

The sun is shining here for 12 hours every day with only a couple of minutes differing in times throughout the year. The first one to climb Mount Kenya was Sir Halford Mackinder in 1899. 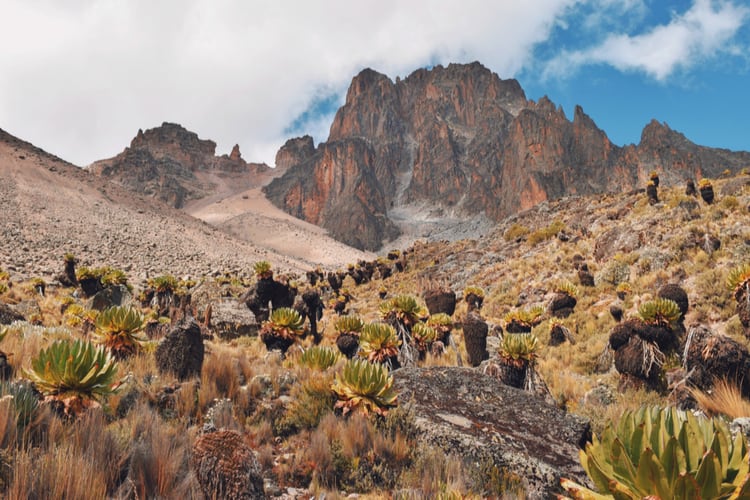 Mount Stanley is the third highest mountain in Africa and sits at the border between Uganda and Congo. The first one to reach the summit was Prince Luigi Amedeo, which has been climbing most of the tallest peaks in Africa in the early 1900s.

Mount Stanley is considering off-limit to trekkers and climbers due to danger from crevasses opening up as well as being located in Congo, which has been struggling with civil war for a long time. 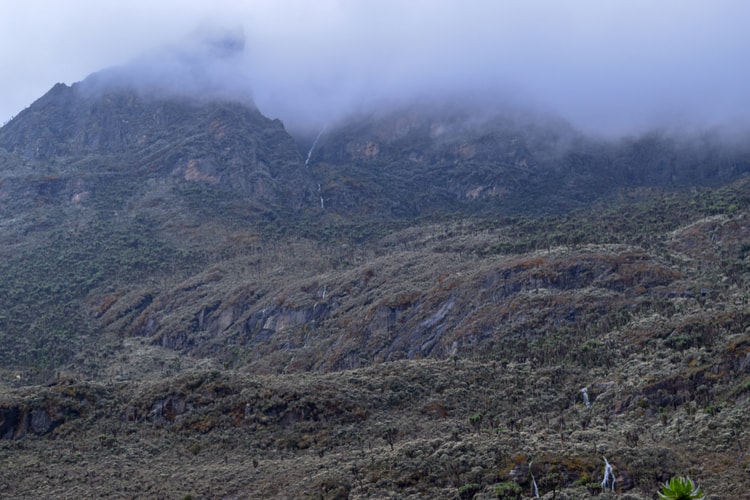 Mount Speke is another mountain in the Congo/Uganda area and has its highest peak at 4890 meters above the sea. It’s located in  Ruwenzori Mountains National Park, which is the same as Mount Stanley. It was also Prince Luigi who was the first documented person to reach the summit.

Just 2.3 km from Mount Stanley, you can see Mount Baker at 4844 meters height above the sea. It’s difficult to reach the top, and the way up consists of fairly inaccessible routes to the summits. 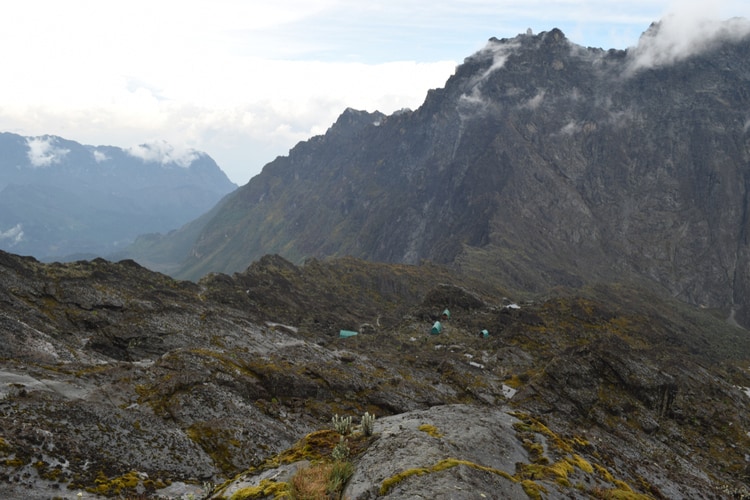 Mount Emin is actually two peaks that are of similar height, one northern peak and one southern peak with a large glacier sitting in-between. The highest point of Mount Emin is situated at 4798 meters, and just like many other mountains in this list, it’s located at the border of Congo/Uganda.

Mount Gessi is famous for its twin peaks at 4715 meters. It used to be covered by a glacier, but nowadays it’s only a small ice sheet remaining. This mountain is located in Congo and Uganda.

This mountain is named after Prince Luigi Amedeo, who climbed the mountain in 1906. It has a height of 4627 meters and 10 different peaks that you can climb. The mountain is located in Congo and Uganda.

Another Tanzanian mountain that stretches high up in the sky is Mount Meru, which has its highest peak at 4566 meters. It’s a dormant volcano, and a big chunk of the mountain was actually lost in a violent volcanic eruption some 8000 years ago.

Ras Dejen is located in Ethiopia and is the tallest mountain in the country at a height of 4533 meters above the sea. Although Ethiopia is generally warm year-round, due to the altitude, there will come snow on Ras Dejen, even though it will melt quickly when night turns to day and the sun rises again. 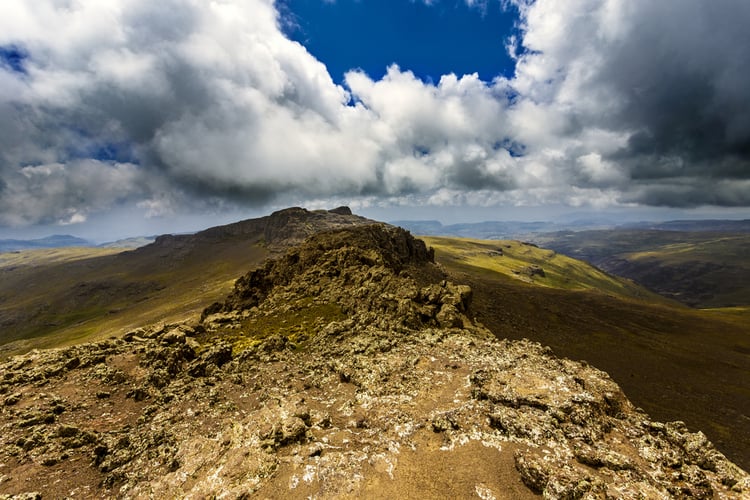